NELLIS AIR FORCE BASE, Nev. An advance in aircraft simulators, allowing F-35 pilots to link with pilots of other aircraft, was announced on Wednesday by Lockheed Martin. For the first time, Lockheed, the F-35 Joint Program Office, and the U.S. Air Force connected F-35, F-22, F-16, and E3 airborne warning planes in a simulated environment, according to Lockheed Martin.

Additional platforms, like the F-15, can also connect to the shared virtual environment. The connection came during a Distributed Mission Training final acceptance test at Nellis Air Force Base, Nev., the company said.

The uplink is designed to allow, for example, an F-35 pilot to practice simulated flying with an F-16 pilot at another base, anywhere in the world. Previously, the closest a Nellis pilot could come to simulated formations was a four-aircraft exercise with pilots in the same room.

The new, integrated simulation system, requiring unification of systems of planes made by different manufacturers, is essentially intended to provide a multiplayer platform for an assortment of aircraft, officials say. 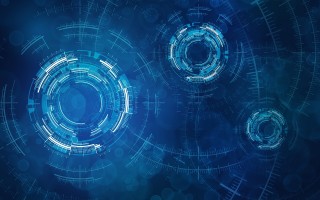 AI-powered cybersecurity system for drones deployed by SparkCognition and SkyGrid