The constant push for increased bandwidth requirements mean that avionics engineers must continually design connectors that handle ever-higher data rates. As connector designs focus more squarely on data rates, all kinds of users are asking for the most cutting-edge technology - all within a small package.

Reduced military size and weight applications such as manned and unmanned aircraft are driving innovation among avionics connector suppliers who are already pushing the boundaries of speed, reliability, and signal integrity in their solutions.

Stanton notes that with high speeds, “the circuits can cause more electrical noise that affects crosstalk between signals and possibly generate EMI [electromagnetic inter­ference] noises that bother other circuits.”

These realities mean that signal integrity and reliability become huge factors when designing military aerospace systems. “Interconnect reliability under high vibration and temperature cycling is critical for military avionics,” Wamsley says. “We developed connectors like MULTIGIG RT 2-R specifically for these extreme environments and are proven across multiple platforms. The key trends we see moving forward are more bandwidth and smaller packaging.”

TE Connectivity collaborated with Curtiss-Wright Defense Solutions to launch the next version of the MULTIGIG RT-2R (Figure 1), Wamsley notes. “The connector was optimized for signal integrity and we have validated that it supports 100G Ethernet (4 by 25Gb/s) channel requirements.”

Signal integrity and reliability are just two elements in a more complex mix, however. Designers still must assess and implement all the latest technology available, as well as plan for future tech integration. “As a result of advanced solid-state technology, the military is adding more electronics into the onboard operating systems of the aircraft.” Stanton points out. “High-density computers and more data storage are smaller and fit tighter within the instrument package behind the cockpit panel. Sensor-monitoring instruments are watching for signals from transducers mounted on fuselage skins to detect problems in high-performance maneuvering.

Above all else, “paramount in modern military aerospace systems is the need to keep the size, weight, and power (SWaP) to an absolute minimum,” says Giorgio Potenza, strategic market manager, high-rel systems at Harwin (Portsmouth, U.K.). “For all forms of military aircraft, but especially compact, lighter ones like unmanned aerial vehicles (UAVs), the cabling harnessing and accompanying connectors can constitute a major part of the overall weight, as well as taking up considerable space.”

The taxing demands of designing for a SWaP-constrained environment is universal for avionics suppliers. “System designers are limited in aircraft space for more electronics. The next challenge is to reduce the number of cables and connectors going from one part of the instrumentation to another,” Stanton states.

“From a connector supplier’s perspective, [designing for reduced SWaP] means that substantial engineering effort needs to be put into finding ways to reduce the board real estate that these components need and lowering unit weight as much as possible without impinging on rugged­ness,” Potenza says.

To accomplish that goal and reduce size and weight in aircraft, Omnetics developed hybrid connectors (Figure 2). “Both micro and nano metal d-connectors are in high demand for these functions,” Stanton says. “They are easily formatted and pass the function and reliability testing expected in military aircraft systems.”

Designers are stepping up to the task of managing the inclusion of more advanced equipment in aircraft in a SWaP-constrained environment, but the kicker is how much data flows through the connection.

Today, avionics users ask first off “about the data rate supported,” Potenza remarks. “The processing power that is now being incorporated into military and aerospace systems means that elevated bandwidths are required. Increasingly, customers are asking for frequency tests to be undertaken, in order to provide them with test data to support their designs. In response to this, Harwin is currently implementing a test program that will test our high-reliability connectors in relation to the common standards.”

A collaborative effort takes place between the signal-integrity engineer, the manufacturing team, and the mechanical designer – all of whom work to achieve the best connector design process, Wamsley explains. “For board-mounted products we can’t just focus on optimizing the connector structure for high speed channels; we need to account for its termination into the board, considering board materials and constructions, trace designs, and routing techniques to carry the signals out of the connector footprint.”

That collaboration is needed because of examples like this: “Portable Ethernet systems within an aircraft often use up to 10 gigabits/sec and are often five-line combinations of 2 gigabits/sec each,” Stanton says. “This has been working but challenges the demand for low space and weight.”

In response to these challenges, “Higher-end coax cables are emerging on the market that handle up to 65 gigahertz. However, most methods are using multiple coax such as twin-ax and or quad-ax methods to offer the higher speeds,” Stanton adds. “Longer-distance signal transmission may go to fiber transmission, but the cost of instrument size and conversion from electronic to photonic signaling does not seem to fit the majority of military defense aircraft.”

As a result of such challenges, he adds, “Omnetics is called upon to handle more data, that runs faster, in a smaller environment, that experiences extreme physical and environmental conditions.”

This trend is leading suppliers to see a “rapid increase in use of military-quality nano-sized connectors and matching cable,” Stanton continues. “The highest use is of the military specification number 32139 metal nano-d. Pin counts and wiring varies with specific applications and is most preferred because of its proven in high shock and vibration while being the smallest metal connector of that strength. Nano-sized COTS [commercial off-the-shelf] connectors are often the first line of design, but in many cases, designers ask for variations in mounting methods or body shapes that is easily solved by using solid model design patterns sent to milling machines that cut out the new configurations.”

At the end of the day, Stanton says, it is all about working closely with users and standards working groups to evaluate interconnect performance in the entire channel from transmitter to receiver.

Sometimes the stars align and the military and commercial sectors’ connector requirements somewhat coincide. Requirements for both kinds of users, Potenza says, “are not really that dissimilar.” Harwin’s Gecko-Lok is an “example of how we have developed connector solutions for military/avionics use, with attributes that address the SWaP requirements previously outlined while also delivering the robustness needed for coping in harsh operational environments,” Potenza says. (Figure 3).

“These 1.25 mm pitch connectors are designed for high levels of contact density, so that they don’t take up much space. Also, thanks to their plastic shells, they are much lighter than other connectors with similar dimensions,” Potenza adds. “The screw-locking mechanism means that they can withstand heavy vibrational forces. Because of these characteristics, this product has seen widespread use in UAV design, as well as other military applications where SWaP is a key factor.”

A difference between military and commercial lies within the architecture or standard when designing avionics connectors. “Military avionics customers commonly use backplane architecture such as VPX for embedded computing system design,” Wamsley explains. “Commercial avionics often follow ARINC standards with a rack-and-panel application, using cabling instead of a backplane to communicate between modules within the system.”

Where it really counts is delivering a reliable connection to both users: “The high reliability requirements are effectively the same, but there is the compliance with the relevant military standards to be factored in, of course,” Potenza says.

While suppliers and users alike need to “keep within budget (and are to some degree influenced by the LPTA initiative [the lowest price technically acceptable]), military contractors are now looking to source COTS solutions whenever that is applicable,” Potenza adds.

“However, we are seeing more migration of solutions to cover both military and commercial environments,” Wamsley says. “Outside the box, some common I/O connector interfaces such as MIL-DTL-38999 connectors are used for military and commercial avionics. Environmental requirements are generally harsher – salt spray, dust, rad-hard – for defense applications, but good connector design practices for harsh environments are followed for both markets.”

In a world where the focus is on delivering the best technology to the war­fighter, designing to and enabling standards like VITA only helps to achieve that goal.

“OpenVPX is a rapidly emerging open standard architecture that is being adopted for many new avionics systems and upgrades,” TE Connectivity’s Wamsley explains. “VITA members are driving standards that provide interoperability between system components and developing a broad supply base.

When the user is concerned with data-rate support, “VITA was aimed mostly at heat generated in multiple cables handling high data rates,” Stanton says. “Early seven-row connectors at over 6 gigabits/sec could get hot as cable length increased.”

“From a connector perspective, we develop building-block solutions for high-speed digital, RF, optics, and power interconnect that can be implemented in a common form factor but are tailored for the application,” Wamsley says. “The OpenVPX standard interconnects are used in space and ground vehicles, shipboard systems, a wide range of applications, so that avionics customers can leverage standard solutions from a much broader market. As a result, we manufacture more standard connectors and fewer customized solutions, improving our operational efficiency and reducing overall costs to the user.” 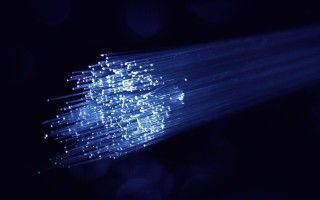 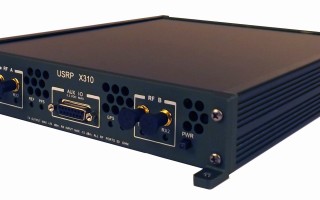