Anyone thinking the global defense market is slowing down would’ve been surprised if they attended the Defense and Security International (DSEI) show this month in London. Thousands of attendees saw everything from uniforms to tanks to radar signal processing board displayed at the stands. Highlights for me were an anti-drone system from three British companies, a cyber defense solution for submarine control systems (yes you can hack a submarine), a synthetic vision type of system for ground vehicles, and of course a plethora of commercial-off-the-shelf (COTS) devices for electronic warfare, radar, and unmanned systems applications.

The show itself is quite healthy with organizers claiming there were more than 1,500 exhibitors and more than 32,000 attendees roaming the hallways and visiting the stands. It is also one of the few places where they have cocktail parties on warships. 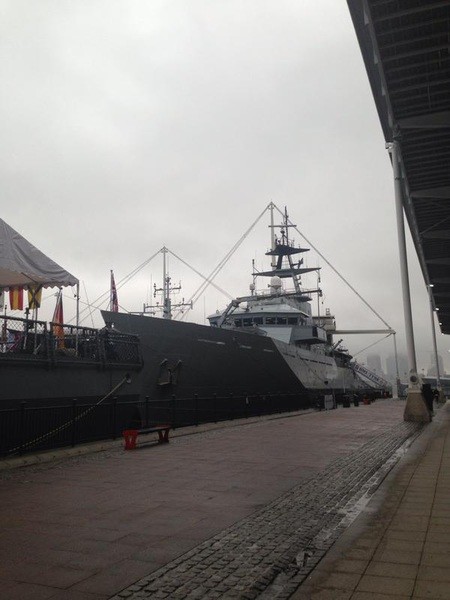 Now for those highlights…..

While some U.S. states are offering drone-hunting licenses, there is a demand for more sophisticated ways to counter small unmanned aerial vehicles (UAVs) than with a well-aimed rifle. Small UAVs armed with weapons, poison gas, or even spy cameras pose a serious threat – especially if they attack in groups, or a swarm.

So experts at three United Kingdom-based companies – Blighter Surveillance Systems, Chess Dynamics, and Enterprise Control Systems came together to develop a system that leverages radar, electro-optics, tracking software, and a jammer system to defeat any small UAV threat. The system has already been demonstrated for the United Kingdom, France and the U.S. To read more on it, click here.

Actually it is cyber defense in machine-to-machine communications on a submarine. According to folks at Ultra Electronics, 3eTI in Rockville, Maryland, there is a potential vulnerability on military submarines that could be exploited by an adversary. Essentially, a crew member may be working on the main engineering plant on a submarine and may download a bad file, letting in a piece of malware which could then enable an adversary to control the vessel, Benga Erinle, President of Ultra Electronics, 3eTI told me at the show. For example, the crew member could issue a command to turn the rudder turned 40 degrees northwest, but hacker has it only turn 10 degrees northwest, he added.

Ultra Electronics, 3eTI is countering this with their CANBUS SCADAWatch tool, which can detect the intrusion while maintaining operation. I never thought you could hack a submarine, but they demonstrated it pretty clearly at the show. See photo below. 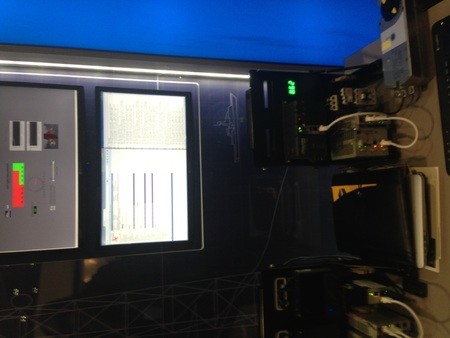 As IP systems become better protected, hackers are turning more toward industrial automation and machine-to-machine communications for easier targets, Erinle said “We developed the ability in the serial bus to create rules and define what is a legit communication and what is not. It can also detect, alert, and in some cases block it.” For more on SCADAWatch, click here.

Much like Rockwell Collins and Honeywell do for aircraft with their synthetic vision systems, engineers at BAE Systems have developed a solution they call BattleView 360, that will provide warfighters with a 3D view of the environment outside their vehicles much like systems for aircraft provide to pilots during brown outs or degraded visual environments. To read more on the BattleView, click here.

The biggest surprise for me here was how much of a player Dell is with the military. I’ve ordered Dell systems through the mail in the past, embracing their wonderful color-coded system to put my gear together. Although I never imagined Special Forces operators doing the same thing in their home office … in the desert … in the middle of a battlefield….

Well while they are likely not using the same Dell gear, they are using it and helping Dell engineers design the systems so they can survive in extreme environments, according to John Chapman, Business Development Manager, Public Sector, UK at Dell. For more on Dell rugged computers, click here.

This came as a surprise as when I think of rugged computers, Getac, Panasonic, DRS Technologies, and VT Miltope come to mind, not Dell. Now I stand corrected. They are a player in this market. Although, not in the super rugged environments where DRS or VT Miltope play, they are serving a growing slice of the military rugged market that is looking for that 80 percent solution. In other words, if their computers are not going to be subjected to ultra rugged environments, why pay spend the money as if they will be.

Speaking of the 80 percent solution…. COTS technology was available everywhere from connectors to real-time operating systems at DSEI. VPX systems in particular seem to be hot …. and in Europe, which was a bit of a surprise as the U.S. seemed to dominate VPX procurement. Maybe that perception was fueled but the fact that Europeans often balk at the price of VPX Systems. Nearly every VPX designer I spoke with said the Europeans are always shocked at the price tag for a VPX board, wondering if they can get some or all of that functionality a little cheaper…. Well, no, they can’t.

So therefore they end up paying the price anyway as it is the only solution with signal processing horsepower to fuel performance in modern EW and radar systems.

For more on VPX at DSEI, read Flemming Christensen’s guest blog here. Flemming also had the best quote of the week. He nailed the tenor of nearly every meeting I had regarding VPX at the show with…

“Here we are talking about yet another box!”