See more, detect more, and decode more – these are the primary requirements being asked of unmanned systems in the military, and proprietary hardware and software can make achieving those goals a challenge. This is why Army, Navy, and Air Force leaders mandated a Modular Open Systems Approach (MOSA) for all new programs and upgrades. MOSA examples include the Sensor Open Systems Architecture (SOSA) Technical Standard and the Future Airborne Capability Environment (FACE) Technical Standard. These initiatives among others, aim to offer commonality of hardware to enable easier and more affordable technology insertion in unmanned systems.

The U.S. Department of Defense (DoD) is looking to acquire more information from the field than ever before, thus requiring sensors to be increasingly capable even as the electromagnetic spectrum (EMS) grows more crowded. The sensor payloads of unmanned platforms – unmanned aerial vehicles (UAVs), unmanned ground vehicles (UGVs), and unmanned underwater vehicles (UUVs) – carry much of that data-gathering pressure and expectation.

With the varying size, operating environment, and overall mission architecture of these unmanned systems, timely and cost-efficient technology refresh can prove to be difficult. This need also affects the control station operating the unmanned systems, as standardizing on communication ports has the potential to increase bandwidth and create opportunities for stronger information processing.

Between the potential for extended life cycles, lower acquisition costs, and better enabling of multidomain operations, adopting open architecture standards on unmanned platforms is gaining global attention, as well. With Joint All-Domain Command and Control (JADC2) at the forefront of DoD efforts, NATO allies are taking note of the positive effects open standards could have on joint-domain operations.

At this point in the evolution of open standards as they relate to the specific needs of an unmanned platform, industry officials are confident that any prospective drawbacks of one standard could be addressed and resolved by another. With size a prominent characteristic of UAVs, establishing a standard for small-form-factor (SFF) sensor payloads is in the works for standards organizations.

There do exist standards currently in use that are dedicated to creating hardware for smaller platforms. The VITA Standards Organization (VSO) offers 3U OpenVPX and 6U OpenVPX, but for unmanned systems that may eventually call for thimble-sized electronics, the standardization timeline will be dependent on adoption by SOSA.

“A lot of SOSA is built on VITA standards and OpenVPX. OpenVPX is currently 3U and 6U plug-in cards, but there are new smaller form factor VPX standards that are emerging,” says Rodger Hosking, director of sales, Mercury, Upper Saddle River, New Jersey. “As those emerge, what will happen is once they become a standard in VITA, SOSA will then adopt the best of those standards and incorporate them under the SOSA specification. SOSA doesn’t like to invent its own standards; what it likes to do is choose from the best standards that are out there, pick the best parts, and then say these are the parts that will be in the SOSA standard. Smaller designs will come about in SOSA when they come about in VITA.”

Developing open standards for small unmanned aircraft platforms is critical goal of the U.S. Army. The Army is “very big on UASs [unmanned aircraft systems] from Category 5 to Category 1. [Category 5 is the largest and Category 1 is the smallest.] You cannot fit OpenVPX on anything below Category 3,” says Giorgio Bertoli, Assistant Director for the Spectrum Dominance and Intelligence portfolio within the U.S. Army’s C5ISR Center, during his keynote address at the MOSA Virtual Summit titled “C5ISR/EW Modular Open Suite of Standards (CMOSS) ‘The Army’s SOSA Instantiation.’”

“However, there are other options,” he continues. “One is the new VNX option, much smaller but highly capable and incredibly light and can easily fit on even a Category 1 UAS. We also have a tiny chassis that can fit these little cards and still support modular open system approaches.” Bertoli notes that he sees VNX as the “closest viable platform for a SOSA SFF.” To view his entire presentation, visit https://www.bigmarker.com/series/mosa-virtual-summit/series_summit.

One of the major arguments in favor of SOSA and other open standards is the simplicity in hardware design, which avoids multiple ways of doing one thing. However, with reduction in the size of electronic components on unmanned platforms, comes additional complexity.

“There’s the ongoing assessment of how much use is it to have the exact same hardware,” says Jacob Sealander, chief architect for C5ISR [command, control, computers, communications, cyber, intelligence, surveillance, and reconnaissance] systems at Curtiss-Wright Defense Solutions (Davidson, North Carolina). “And in some cases, we’re finding a lot of use to say that it’s going to be the same exact hardware on all of the platforms, but for some of the smaller stuff, it doesn’t make sense, which is why Curtiss-Wright has put itself in a good position to have not just the standard form-factor products that we have, but also the smaller form-factor stuff.”

Put simply, the primary objective of SOSA is not to reduce size, weight, and power (SWaP). If SOSA is to eventually adopt a smaller form factor or a VITA standard, then SOSA can start playing in the SWaP-optimized SFF arena. Until then, interoperability, life cycle, and faster time to market are among the main benefits driving the adoption of open standards.

“SWaP reduction is not one of the primary principles of SOSA,” says Mark Littlefield, senior manager of embedded computing solutions at Elma Electronic (Fremont, California). “However, we are seeing some technical areas where SWaP is being affected beneficially through standardization in SOSA and VITA. Power is one example. VITA 62 was significantly enhanced because of discussions and standardization efforts within SOSA, most notably the 12-volt-centric rules defined in the SOSA Technical Standard. That alone means that power supplies don’t need to be over-provisioned to account for potentially different voltage needs as a system evolves over time.” (Figure 1.)

Standardization and SWaP optimization on unmanned systems goes beyond the onboard electronics and extends to the control station that operates it, further complicating the role that SOSA, MOSA, FACE, and others could play in the design of these systems.

In essence, if different unmanned vehicles are in the same area and use the same open standards, they could then be handled by the same control station. This level of optimized information-gathering and sharing could revolutionize the way that the military processes the momentous amounts of sensor data brought in by unmanned systems. But SOSA doesn’t quite cover all the bases yet.

“I think MOSA is a better topic when considering a common control station if you look at the diversity of unmanned platforms,” says Dominic Perez, chief technology officer for Curtiss-Wright Defense Solutions (Davidson, N.C.). “A SOSA small-form-factor system is still of a certain size, and unmanned systems can be far smaller than that. When we look at open standards for having commonality, it comes back to the communications and software portion of the stack. SOSA doesn’t do a whole lot to define how software operates. There’s a little bit there, but not a whole lot.” (Figure 2.) 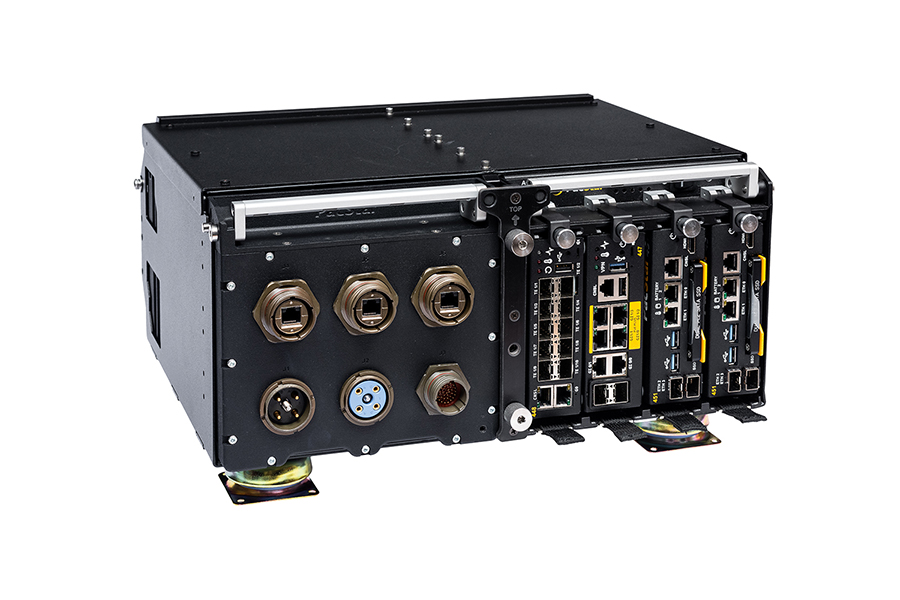 Some common-ground control stations may even be designed as tablets, a simple technology that may find its way into SOSA. But for now, standardizing on communications protocols and waveforms will more likely enable a single control station to speak to many different unmanned platforms.

“I also see the ground station as being a troop-transport vehicle, as being a temporary outpost, or even being a more permanent outpost,” Perez says. “These same sensors that are going to deploy forward of a foot soldier are going to be like the ones that are forward of a soldier in an MRZR [tactical vehicle], and it’s the same cluster of unmanned systems that are going to be out from your forward operating base. That’s where you look for commonality in the ground system, and SOSA may play a great part in that ground station when its vehicle-based, but it’s probably not appropriate when its soldier-carried or when it’s a larger forward operating base. There’s no need, in my mind, for SOSA style equipment in a fixed location.”

The focus then turns toward reaching the maximum amount of processing that can be achieved at the edge, on the platform, directly at the sensor level. Officials claim that this will require access to connectivity, plenty of bandwidth, and optical interfaces aligned to open standards.

“When you look at the battlefield, I have heard a number of high-ranking officials talk about what they need more of is almost always more ISR,” says Jacob Sealander, chief architect for C5ISR systems at Curtiss-Wright Defense Solutions (Davidson, North Carolina). “They need to better understand what’s going on ahead of them. What comes with that – especially as sensors improve, as there’s more connection points in the network, more people who want data to be shared – the big thing is the network itself. Can the network keep up with the vehicles that are a part of it? And what we would call edge computing.”

This, in turn, has spurred a corresponding desire to drive commonality at a functional level. This drive extends to the kind of software being hosted, the kinds of algorithms being used, and ensuring that open standards are being maintained in terms of communications systems.

“The modularity can be important for the hardware, but the open standards in terms of communication is critical,” Perez says. “Since we have this proliferation of sensors, it is important that we think about the data that is coming out of sensors. In an uncontrolled environment, the data that is coming in is completely unstructured. I think that’s where onboard processing can help to either fully structure or at least semi-structure that data before it is passed off the unmanned vehicle.”

It’s a fact that flexibility is key to performing the preprocessing as close to the antenna, or the sensor, as possible, which enables the unmanned sensor payload to then send the most essential data to the control station as structured, actionable information. This process can be further streamlined using artificial intelligence (AI).

“SOSA is now embracing the OpenVPX 3U form factors, and those products are getting smarter and more capable because of new technology,” Hosking says. “There is new FPGA [field-programmable gate array] technology, new AI technology, and machine-learning FPGAs recently introduced by Xilinx called ACAPs [adaptive compute acceleration platforms], which will be useful at allowing developers to throw different types of compute engines at the same signals to try and pick the best engine to do the best job at extracting information out of a particular signal.” (Figure 3.)

Considering the benefits that open standards bring to unmanned systems and sensor processing, the effect that standardization is projected to have on enabling joint-domain operations isn’t lost on electronics manufacturers.

“Making these systems easier to integrate through COTS [commercial off-the-shelf] commonality and software reuse and replacement, the SOSA Technical Standard, and other open architecture standards will free up money and resources to create new capabilities,” Littlefield says. “The common architecture will also make it easier to integrate multiple capabilities into a single sensor platform, like radar, communications, EW [electronic warfare], or SIGINT [signals intelligence].”

Littlefield says that this fusion of capabilities and information sources is expected to have a significant impact on the intelligence and situational awareness available to the warfighter, which will be a defining aspect of joint-domain initiatives.

Curtiss-Wright’s Sealander agrees: “When all the different branches of government really embrace SOSA at the max level, you can start to see the possibility of an SDR [software-defined radio] that’s used in a ground combat vehicle be used in a helicopter and be used in a fast jet when the capability, the performance, the way things are maintained are all the same.

“How we get to places like that, specifically from an unmanned platform, is if the different branches of government embrace this standardized approach at the core of it,” Sealander continues. “Then you can easily see where these different unmanned solutions can have the same way of talking out to the network, and now you have this incredibly powerful battlefield to exchange data.” 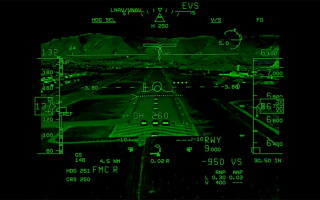