The Fog of War: When opposing forces battle for domination, battlefield loss is always a concern. Sometimes it arises as intended from enemy action. Another kind of attrition, though, might be described as “collateral damage” or “fratricide,” when one side mistakenly kills or destroys one of its own. Fratricide arises from a variety of causes, among them loss of situational awareness, an unexpected encounter where rapid identification is not possible, or simply being in the wrong place at the wrong time.

“War is the realm of uncertainty; three quarters of the factors on which action in war is based are wrapped in a fog of greater or lesser uncertainty. A sensitive and discriminating judgment is called for; a skilled intelligence to scent out the truth.”

Determining if an entity is friend or foe in earlier days was addressed by the wearing of distinctive uniforms or paint schemes and is now handled electronically through combat identification (ID) systems aptly named “Identification Friend or Foe (IFF).” The terms IFF and combat ID are often used interchangeably.

The idea of combat ID or IFF is to provide the warfighter with a means of instantly determining if the entity encountered is friendly or hostile. With aircraft, the specific technology employed is an IFF transponder.

An IFF transponder works on principles similar to the way air traffic control (ATC) is used to manage civil aircraft traffic. A surveillance radar interrogates a transponder-equipped aircraft, which instigates a reply from the transponder that’s received and interpreted by ATC. In a civil context however, these interrogations and replies are standardized, unencrypted messages for anyone with appropriate equipment to hear and decode. In a military setting, however, the messages are encrypted and decrypted by the IFF transponder and radar interrogators with security keys for integrity and prevention of enemy interception.

The scenario is complicated by the fact that in modern times, warfighting generally is not between two combatants, but between allied countries and opposing allied countries. During World War II, these groupings were the Allies and the Axis Powers. Today, the U.S. could find itself sharing the battlefield with the 29 other NATO countries and its partners, all working together to defeat a common foe. Assuredly the order of battle includes procedures to minimize attrition, notably from fratricide. Yet each of the 30 or so countries have their own fighting assets equipped with their own IFF transponders.

What guarantee is there that the IFF transponder of country A will correctly understand and reply to an IFF query from an interrogator of country B?

The answer: none, unless all parties with IFF capability share cryptographic keys and use IFF transponders and interrogators that play well together (i.e., speak the same language, even if the combatants don’t). Termed “interoperability,” this is the primary objective of the U.S. Department of Defense (DoD) AIMS Program Office: Creation and enforcement through mandatory certification of an IFF transponder (and interrogator) standard that is interoperable with those of other NATO countries. Success in doing so punches through the fog of war, enabling combatants to tell the difference between friendly and unfriendly forces.

The IFF transponder performance standard in the United States is designated AIMS 17-1000 and primarily addresses manned combat platforms. The overarching IFF transponder standard for NATO is STANAG 4193 (ed. 3), and much effort is expended on both sides of the Atlantic to keep the two documents in sync. The battlefield has evolved, however, and now plays host to a growing number of unmanned aerial vehicles (UAVs): Large UAVs like the Northrop Grumman RQ-4A Global Hawk, which touts a gross weight of more than 32,000 pounds, can readily carry an IFF transponder designed for manned platforms. In contrast, tactical UAVs like the Boeing/Insitu ScanEagle or RQ-21A Blackjack are much smaller (50 to 150 pounds) and more numerous. These smaller platforms struggle, and generally fail, in their ability to carry transponders designed for larger airframes.

Tactical UAVs can replace a manned platform at lower cost and decreased risk to human life. That said, because they are often essential elements of force projection and not particularly cheap, they still aren’t deemed expendable. It is important that they not become collateral damage when engaging with an enemy. An obvious solution is to equip a tactical UAV with an IFF transponder. An example: A UAV is used to convey ammunition and medical supplies to a forward base. As the UAV approaches, the recipients might want the assurance provided by IFF that it is not an enemy UAV with deadly intent masquerading as a friend.

Once the AIMS Program Office recognized the utility of IFF for tactical UAVs, it added to its 17-1000 performance standard an Appendix G: “Requirements for Unmanned Aircraft Systems.” The goal of Appendix G is to tailor the requirements for UAVs to ensure interoperability with other, larger IFF systems, and development and certification of equipment suitable for smaller, tactical systems.

Briefly put, the appendix offers very little performance relief for nearly all the 17-1000 requirements. There are differences in three areas, with two of these arising from tactical UAVs having size and weight limitations. A third, however, arises from the nature of how a UAV is commanded and controlled (C2) via an RF link by a remote pilot.

Fortunately, industry has heeded the call and is striving to develop Micro-IFF transponders to equip not only the growing number of small UAVs, but even manned platforms – notably the VTOL [vertical takeoff and landing] variety – where desired weight reductions are always in short supply. The DoD is helping as well, via sponsorship of Small Business Innovation Research (SBIR) programs.

A case in point: uAvionix Corporation, already known for its FAA-certified surveillance products for the general aviation and UAV markets, is now contributing its design, miniaturization, and commercial manufacturing expertise to military Micro-IFF under a subcontract to R Cubed Engineering and with SBIR sponsorship from the Navy and Army. Three variants are expected to receive AIMS certification in 2021: a civil capability-only Mode S with ADS-B Out device (ping200X), a 17-1000 Appendix G-compliant device offering all civil and military modes (RT-2087/ZPX-B), and a full 17-1000-compliant system with higher transmit power and diversity for large platforms. As military products, aside from functionality and performance tests necessary for certification, extensive environmental and RF testing is being undertaken, drawn from MIL-STD-810H, MIL-STD-461G, and RTCA standard DO-160G. Once fielded, these systems will help the fog of war become a little less foggy. 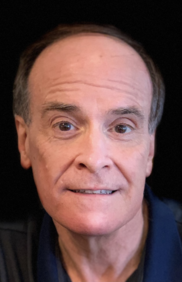 Dr. Jim Davis is Director of Policy & Regulatory Affairs at uAvionix, a civil and military communications, navigation & aurveillance (CNS) avionics company with TSO-certified products that feature miniaturization and innovative packaging. A graduate of MIT, he holds BS, MS, and Ph.D degrees in electrical engineering. Dr. Davis has several decades of experience with aviation companies, and is active in contributing to standards development.