Synthetic vision systems on the way for military avionics

Synthetic vision systems, already flying on some commercial aircraft, are now finally on their way to U.S. military avionics platforms. These systems will provide a tactical advantage within degraded visual environments while taking advantage of commercial off-the-shelf (COTS) processing solutions and open architecture initiatives, such as the Future Airborne Capability Environment (FACE), enabling their design and deployment.

Degraded visual environments (DVE) – in which visibility is obscured intentionally or unintentionally by fog, sand, snow, clouds, or anything else – are among the most dangerous environments for military helicopter pilots. Yet pilots must be capable of both operating within these dangerous flight conditions to complete the tasks they took to the sky to manage and also safely reaching their destinations.

Operating within DVE conditions has “cost the U.S. military many lives and hundreds of millions of dollars during the past decade,” points out Howie Wiebold, manager of business development for Honeywell Aerospace.

Synthetic vision systems offer the potential to save lives and reduce costs by providing aircraft operators with a three-dimensional view of the world outside the cockpit, enabling pilots to see clearly through DVE situations during any phase of flight.

Synthetic vision systems can “provide helicopter pilots with a real tactical advantage – by bringing the capability of ‘owning the environment’ to the flight,” Wiebold says.

What is synthetic vision?

Honeywell’s approach to synthetic vision, which is called “Synthetic Vision Avionics Backbone” or “SVAB,” is an “information ‘fusion’ engine capable of merging data from various sources such as an infrared camera, visible light camera, millimeter-wave radar, and more,” Wiebold explains. “SVAB fuses that real-time sensor with existing military databases, current navigation data, and other sources of flight information into an unparalleled visualization of the environment outside the cockpit.”

SVAB has been rigorously put to the test in snow and dust during the past year, and Honeywell hopes to continue its self-funded efforts throughout 2017 by testing in rain and fog conditions.

“Our continuing research efforts are focusing on testing various sensors and integrating data and information into a synthetic view of an aircraft’s surroundings, which is shown on a pilot’s flight display,” he says. “So far this has included testing a Honeywell millimeter-wave radar, light detection and ranging (LIDAR) sensors, and an infrared (IR) camera fused with existing terrain and obstacle data. The result was an ‘out-the-window’ view for pilots that allows for safer operations in DVE, which is a potential tactical advantage.”

Honeywell’s efforts are focused on determining the strengths and weaknesses of each sensor type, but – more importantly – on demonstrating the significant benefits of fusing all of the real-time sensor information with existing data.

“We’ve also recently been awarded a contract with DARPA [the Defense Advanced Research Projects Agency],” Wiebold notes. “As part of our research for DARPA’s Multifunction Radio Frequency program, we’ll program, update, and integrate our SVAB with an advanced radar on a U.S. military test helicopter. Safety is a top priority – we’re working to ensure that flying within DVEs is as safe as possible and to provide warfighters with an advantage.”

Synthetic vision systems use onboard digital terrain elevation to display “real-world” imagery of terrain along the aircraft’s flight path in a manner quite similar to those pilots normally see and are trained to use as they fly.

“Information from databases of vertical obstacles – such as tall buildings, radio towers, wind turbines, etc. – may be added to provide additional insight into hazards at or near the aircraft’s altitude,” says Nick Gibbs, vice president and general manager of Simulation and Training Solutions for Rockwell Collins.

Synthetic vision systems are evolving as the embedded processing power of avionics continues to grow: “Greater detail in terrain-rendering capabilities, detail and content of obstacle databases, and presentation techniques enabled by processing will continue improving the imagery and alerting features of synthetic vision systems with a more realistic view of the outside world,” Gibbs adds.

Is synthetic vision ready for widespread military use?

Unlike the highly controlled environments of civil flight, “operations must fly demanding missions within highly dynamic battlefield environments where an enemy can create new threats virtually overnight and safe operations require real-time information,” he continues. “Beyond this, the military’s need for operations from unimproved landing zones is a somewhat unique challenge with a greater likelihood of encountering a brownout or whiteout – emphasizing the need for sensor-augmented landing capabilities, which is something that synthetic vision on its own isn’t good at.”

The U.S. military is continuing its science and technology investments to develop solutions for DVE capabilities and may “be expected to field a solution within the next three to five years,” Gibbs notes. “Once the technology issues surrounding systems for DVE are overcome, training for aviators will be addressed next as training systems – such as our Transportable Black Hawk Operational Simulators that are used extensively by the U.S. Army and numerous international services – are updated and new training programs are developed.” Figure 1

Honeywell’s SVAB “continues R&D to set the foundation for insertion into military platforms,” says Wiebold. “We’re targeting several insertion points for our technologies into military systems. The key challenge, particularly for rotary-wing applications, is size and weight. As part of our effort, we’re continuing to enhance the system to meet the performance requirements while reducing size and weight. We see several potential opportunities within the next one to three years for insertion.”

Are Honeywell and Rockwell Collins tapping COTS for their synthetic vision systems? In essence, yes.

Are synthetic vision systems embracing open architectures such as the FACE technical standard? Yes, and they play a central role.

It’s worth noting that Rockwell Collins was the first to field fully open system architecture (OSA) systems with the U.S. military. “Our Flight2 flight deck on the U.S. Air Force’s KC-135, USCG HC-144, and the common avionics architecture system (CAAS) that was widely fielded on the U.S. Army’s Chinook helicopters in early 2000 guided a change within the military avionics industry,” Gibbs points out.

Several of the characteristics and features of the OSA approach used in Rockwell Collins’ Flight2 and CAAS systems have been adopted by the current FACE standard. Rockwell Collins recently announced “certification of a fully FACE-compliant application – providing required navigation performance (RNAV) capabilities for military fixed- or rotary-wing aircraft,” Gibbs says. “We’re currently developing more FACE-aligned offerings in support of the U.S. Army’s initiative to use the FACE architecture as their common operating environment for aviation.”

Honeywell is equally committed to open architectures. “A major priority for our SVAB unit was that it be platform- and sensor-impartial,” Wiebold says. “The solution should be one that operators want to put on every type of helicopter – and use various and multiple sensors, regardless of whether it’s for commercial or military use. SVAB is meant to receive information from different sources, no matter what created the information. It’s open so it can adapt by taking in that information, and the system displays a highly accurate representation of what’s actually going on outside.”

Honeywell was heavily involved with the FACE Consortium and the creation of its technical standard. “We’ve won every S&T [science and technology] contract offered by the government focused on the reference architecture demonstration, which includes meeting the FACE standard,” Wiebold notes. “Honeywell has also conducted internal research programs to study the necessary steps to make a key product – a navigation system – FACE-compliant.”

Are avionics safety-certification challenges – or a lack of established requirements – slowing adoption of synthetic vision systems by the military? It’s part of the holdup, but is being addressed right now.

“All DVE systems must meet similar certification challenges as other avionics systems,” Wiebold says. “Safety levels and their requirements are under discussion, and Honeywell is involved in several studies to address certification and validation standards.”

Rockwell Collins has already certified multiple synthetic vision systems within their Pro Line Fusion system for business and regional aircraft, as well as for its HeliSure HS-SVS for AW169, AW189, and AW101 helicopters. “It’ll be more difficult, but possible, to certify synthetic vision and other DVE-related systems for the full spectrum of military operations,” Gibbs says.

This work is well underway. The U.S. Army is working with its counterparts within NATO to develop recommendations for performance and design requirements focused on safety certification. “NATO has sponsored an industry advisory group to study this specific problem and to provide recommendations,” Gibbs adds. “Rockwell Collins is an active member of this group, bringing our expertise certifying safety-critical components and systems for both civil and military applications to help solve this problem.” 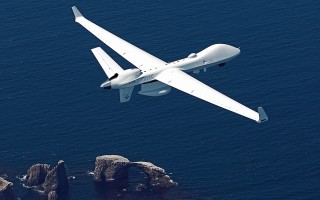