Threats facing the U.S. Navy and U.S. Marine Corps are evolving rapidly, making innovations in early-warning architectures critical. Shipboard radar systems are progressing far quicker than what was previously possible because of the exploitation of modern-day technologies like gallium nitride (GaN) components and continuous software deployment, automated testing, and digitization. To better enable the development of these systems, naval researchers and electronics providers are looking to utilize commercial off-the-shelf (COTS) products, open architectures, and even artificial intelligence (AI) and machine learning (ML).

Radar and electronic warfare (EW) are prominent components of current naval defense tactics, and it’s no different for adversaries. With the advent of stealthy drones and hypersonic weapons, maritime battle is no longer a matter of merely detecting an enemy ship, plane, or submarine.

Twenty-first-century offensive technologies could be the size of a seagull, completely silent, or invisible to the human eye all together. As a result, maintaining control over the electromagnetic spectrum with reliable radar and EW systems is paramount in defending domestic seas and oceans.

At the same time, cost is and will always remain a factor in system design. Production, operation, and maintenance spending can be a debilitating facet of shipboard electronics if they aren’t a consideration from the start of the research and development process all the way through to fielding.

Automation and digitization have played a game-changing role in the production of these shipboard systems, saving manufacturers not only money but time and labor as well. Such modernization examples inclue the SPY families of radars and the Aegis Combat System.

The technologies that are leading the fleet

Raytheon’s widely used SPY-6 (Figure 1), or AN/SPY-6 in military nomenclature, is a family of radars designed with several variants for a more tailored performance. Engineered with radar module assemblies (RMAs), the SPY-6 radars are built to be scaled to fit larger or smaller shipboard architectures. 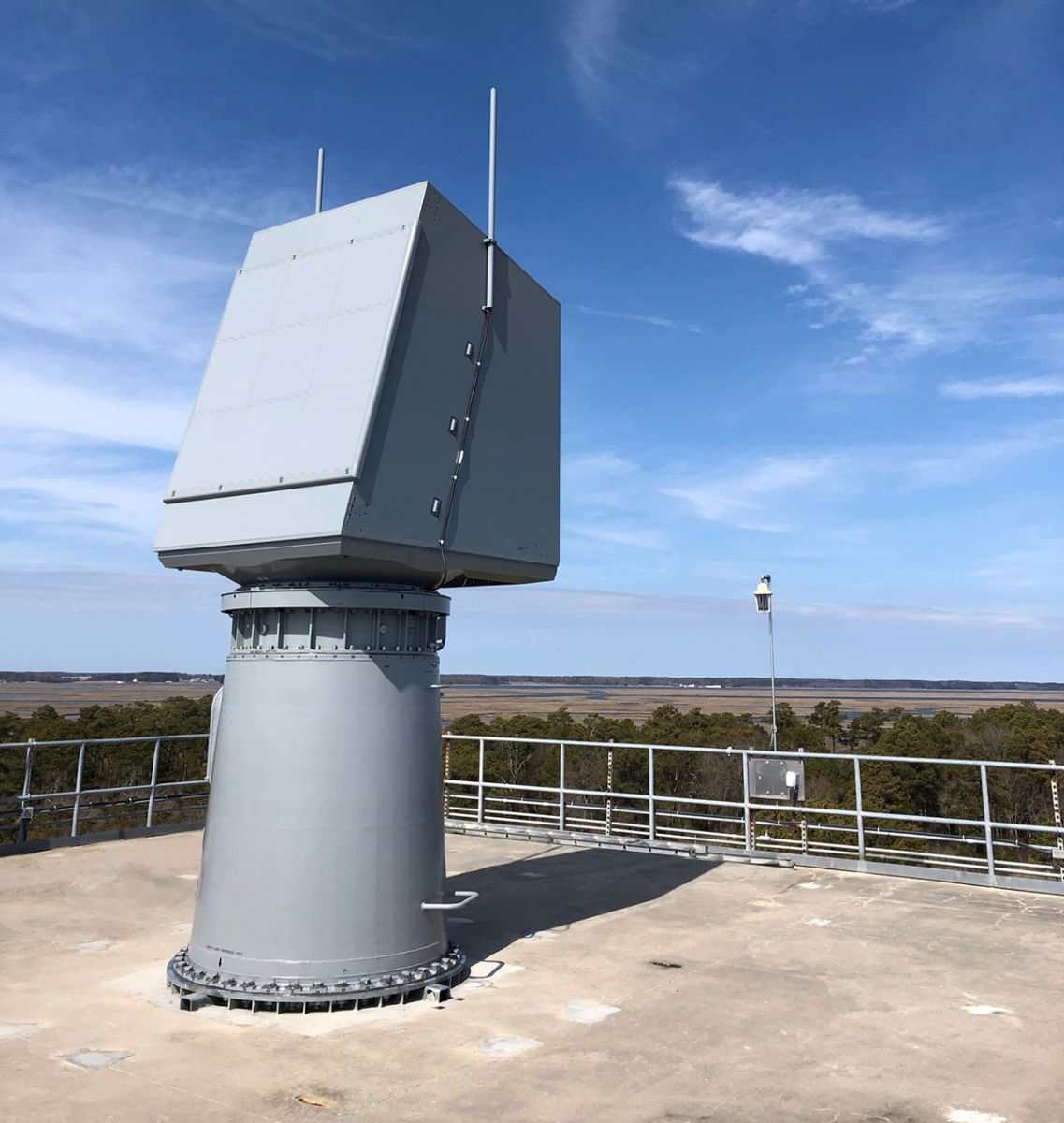 According to Spence, EASR is designed to provide simultaneous anti-air and anti-surface warfare capabilities, electronic protection, and air traffic control capabilities for aircraft carriers and amphibious warships. He also claims the SPY-6(V)3 is intended to be the heart of the Navy’s new Constellation-class frigates.

“This is a really exciting time for the SPY-6 program with a lot of progress happening,” Spence says. “SPY-6(V)1, also known as the Air and Missile Defense Radar (AMDR) completed developmental testing back in 2019 and is currently undergoing integration with the Aegis Baseline 10 combat management system, at Navy’s Combat Systems Engineering Development Site (Moorestown, New Jersey). DDG 125, The future USS Jack H. Lucas, has already had its SPY-6(V)1 radar suite installed, and is currently undergoing post-installation testing and grooming.”

However, SPY-6 isn’t defending the shores alone. In 2015, the Missile Defense Agency awarded Lockheed Martin a contract for a long-range discrimination radar (LRDR) to further propel its layered defense initiative against ballistic missile threats. Designated as SPY-1, the LRDR is still in use today.

“The SPY-1 radar will continue to be the predominant Aegis maritime Integrated Air and Missile Defense radar in the U.S. Navy Surface Fleet well into the future,” says a spokesperson from Lockheed Martin (Bethesda, Maryland). “For reference, greater than 100 Aegis cruisers and destroyers have been outfitted with a variant of the SPY-1 radar to date, and by 2040 greater than 70% of the Aegis fleet will still have SPY-1 radars.”

Upgrades of the SPY-1 LRDR have led to the advent of the SPY-7 radar (Figure 2), To further bolster the architecture’s efficacy, Lockheed Martin officials say they plan to integrate SPY-7 with the Aegis Combat System which is currently undergoing modernization. 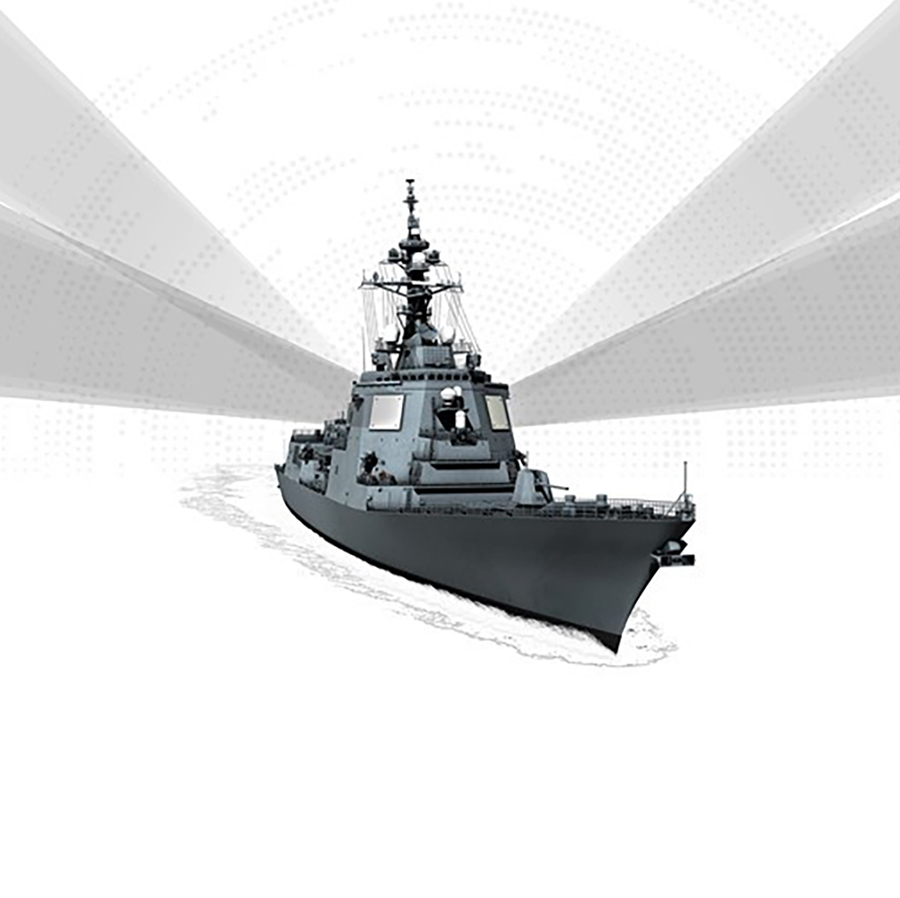 [Figure 2 | Artist’s rendering of the SPY-7 radar aboard a Navy frigate. Image courtesy of Lockheed Martin.]

“In concert with SPY-1 radar improvements, the modernization of the Aegis Weapons System itself also enhances the lethality and survivability of these ships with rapid capability delivery to the Surface Fleet,” says the Lockheed Martin spokesperson. “Aegis modernizations include software improvements like the implementation of a continuous implementation and continuous deployment software pipeline, automated testing, and a transition to full DevSecOps operations.”

Aegis (Figure 3), a naval weapons system using radar technology to track and destroy enemy targets, has cemented its role in shipboard warning systems through decades of evolution and midlife upgrades. Lockheed Martin says that its evolution is made possible through utilizing Open Architecture Processors (OAPs) and the latest commercial technologies. 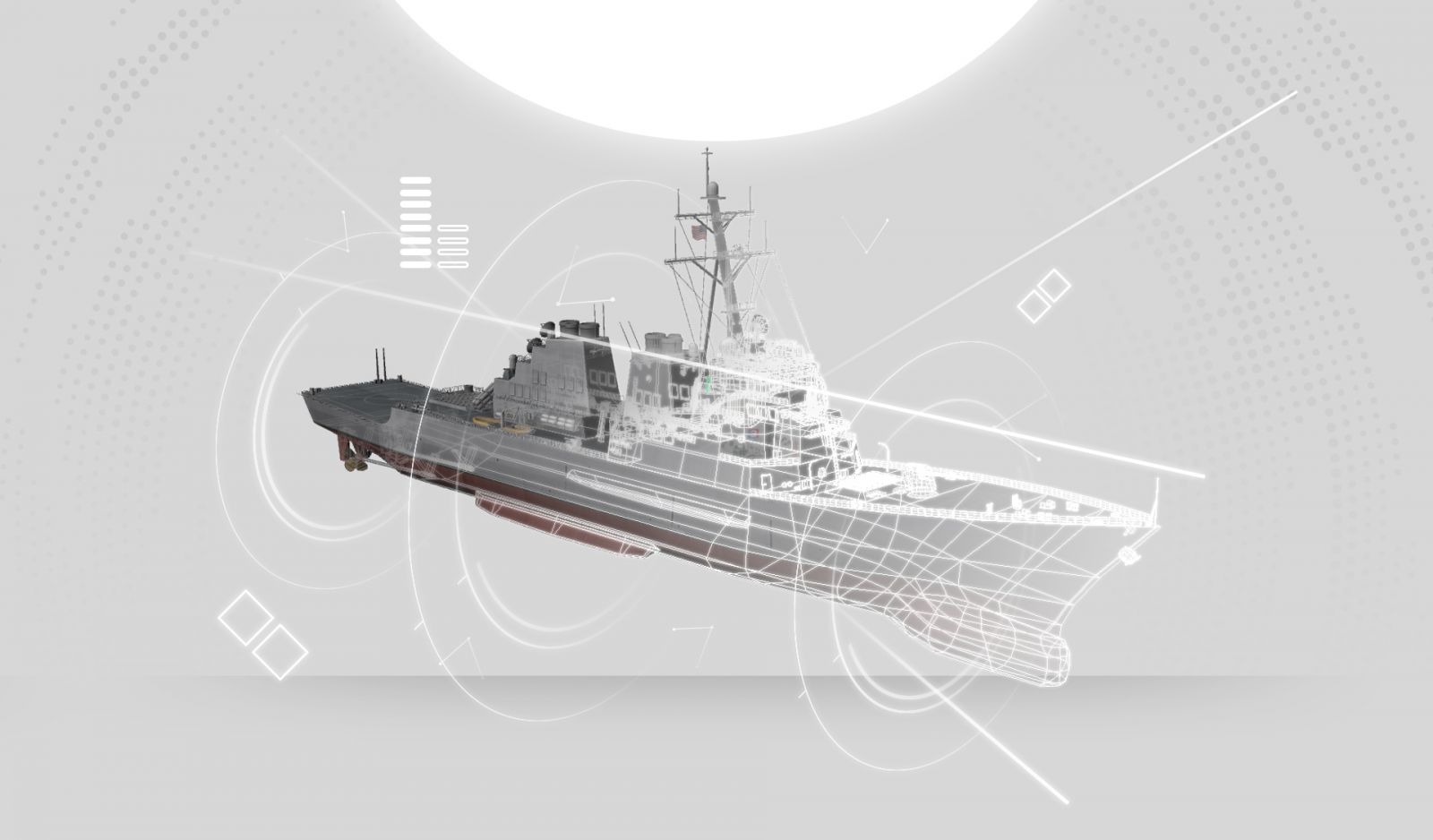 [Figure 3 | An artist’s rendering of the Aegis Weapons System. Courtesy of Lockheed Martin.]

“[OAPs] are higher-density processors designed to optimize computing performance for specific missions, threats and operating environments,” the spokesperson from Lockheed Martin says. “OAP is a common processor for multiple sensors and self-defense systems operating on ground, air, and maritime platforms; third-party applications have become a routine feature of the Common Source software library in use in Aegis shipboard combat systems.”

The exploitation of COTS [commercial off-the-shelf] technologies in shipboard electronics is pivotal in getting the most out of an open architecture, and Lockheed Martin isn’t new to the trend. To keep pace with adversaries, COTS electronics have helped the company continue to modernize.

“At Lockheed Martin, we have a long history of applying COTS and open architectures in our shipboard systems, taking Aegis from the purpose-built military specification computing hardware installed in the original cruisers to the latest in available commercial technologies, installing ruggedized commercial servers in new construction ships, and in ships receiving Aegis Modernization via midlife upgrades,” the spokesperson from Lockheed Martin says.

Raytheon is also taking advantage of the benefits of COTS and open architectures in its own shipboard radar systems. The SPY-6 family is known for its upgradable software and hardware building blocks enabled by off-the-shelf technologies and open computing architectures.

“Large portions of our systems come off-the-shelf from our suppliers helping to keep costs low,” Spence says. “An example of where COTS plays a significant role is in our computing architectures. We combine the latest in CPU [central processing unit], GPU [graphics processing unit], FPGA [field programmable gate array], storage, and interconnect fabric technologies to effectively produce super computers. Our architecture is structured such that when a commercial supplier updates a computing device, it can be easily integrated into our platforms.”

Certain industry standards have also played a role in the upgradability of naval radars, namely VPX. However, Spence notes that there are still design constraints that sometimes stand in the way of complete VPX adoption.

“We do leverage VPX in our systems when it makes sense,” Spence says. “The data being streamed and processed by our radars continues to increase with our customers’ needs and demands. Even with VPX’s ability to support switched fabrics, we need to be cautious of potential memory limitations imposed by VPX in our architectures.”

While valiant efforts are being made to reduce cost, increase reliability, and bolster modularity in shipboard systems using COTS and open architectures, other processes have proven just as reputable as manufacturers implement innovative ways produce, maintain, and operate maritime radars.

“Radar systems continue to evolve to incorporate increasing levels of digitization and software control,” says Michael Walder, superintendent of the U.S. Naval Research Laboratory (NRL – Washington, D.C.) Radar Division. “This increases the ability to maintain and rapidly improve the capabilities of the systems in a more affordable manner. Further, it enables support for multiple functions such as radar, communications, and electronic warfare. One focus of research at the NRL is to develop and exploit highly digitized systems.”

Raytheon and Lockheed Martin are operating right on the edge of this research-driven digitization, incorporating it in both radar system design and during production. These efforts to push for more sophisticated computerization have been catalyzed by AI and ML implementation.

“Our forward-leaning approach creates a digital thread that encompasses the entire Aegis ecosystem, leveraging AI, DevSecOps, and model-based engineering to manage new upgrades and cybersecurity considerations from the beginning of the development cycle through sustainment,” says Brendan Scanlon, Lockheed Martin program director for the digital transformation of Aegis. “We are using [AI and ML] across this Aegis ecosystem to provide improvements in situational awareness, operator decision aides, and enable faster system reaction time.”

Besides performance improvements, Lockheed Martin officials claim that automation is also helping maintain its naval radar and combat systems using predictive maintenance. The ML algorithms, intended to maximize operational availability, are designed to determine when parts will need maintenance before a failure actually occurs. Raytheon is apply­ing similar methodologies in their factories.

“One area where we employ AI and ML is within the classification and discrimination portions of our products,” Spence says. “Additionally, we have been applying AI and ML techniques in our factories. They are providing improved performance in reducing false negatives in testing, hence improving yields. Advanced, digital technology and automation were also used to design and produce the SPY-6 family of radars.”

Another expenditure-saving product that has emerged from Raytheon’s RDF is gallium nitride (GaN), which has found its place in maritime radar architectures. 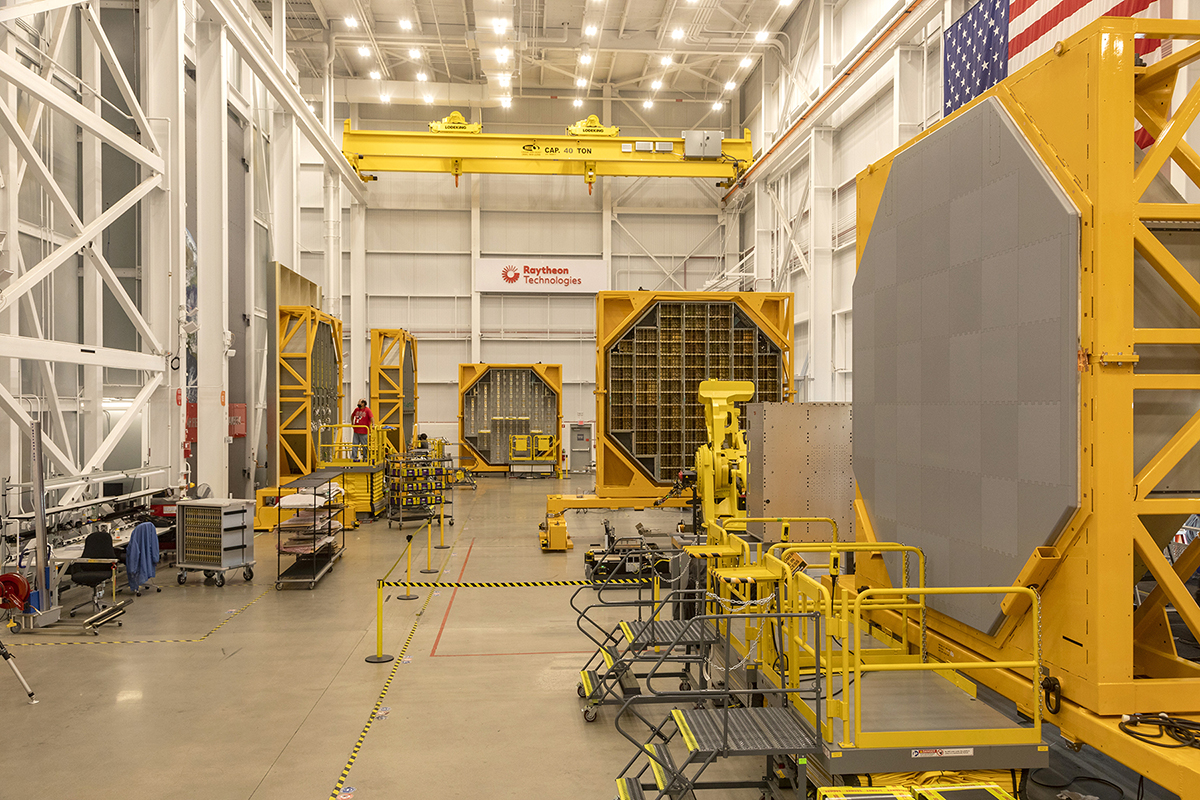 With SWaP being a priority for radar systems across military platforms, officials at Lockheed Martin are also seeing the GaN benefit: Using GaN has allowed the company to configure SPY-7 installations for various power levels.

“Gallium nitride is used in a variety of active electronically scanned radars produced by Lockheed Martin,” says Chandra Marshall, Radar Systems & Sen­sors vice president and general manager. “SPY-7, like the LRDR upon which it is based, uses GaN as its material building block, which allows for better cooling of the radar – leading to increased and sustained performance. LRDR has been declared TRL7 by the U.S. government – which means they are ready for operational deployment.”

The U.S. Department of Defense (DoD), however, doesn’t plan on letting the utilization of GaN technology stop there. Further research into the revolutionary material is currently being conducted by the NRL in hopes of developing even more sustainable shipboard radar systems.

“Research in GaN continues at NRL in the Electronic Science and Technology Division,” Walder says. “Foundational work was performed by NRL in the past 25-plus years, which contributed greatly to the successful development of GaN technology for both the DoD and commercial markets. The NRL was a key member of the DoD team that developed and transitioned the technology to acquisition programs. Research on improved GaN and other semiconductor technologies continues.”