The Department of the Navy (DoN) plans to make some waves in the battle for limited resources. In over a thousand multiservice entries spanning all unmanned systems domains across the Department of Defense (DoD) in the 2021 Consolidated Appropriations Act, Congress primarily funded the air domain. The DoN response to the maritime hit: a rallying cry to roll the entire air, sea, ground, and manned/unmanned enterprise together to create an affordable, integrated, lethal, scalable, survivable and connected force. It’s called the Unmanned Campaign Framework.

The Navy unveiled the framework (click here to read) on March 16, 2021 to provide strategic direction and to advocate for the necessary asymmetric advantages necessary to win in a high-end fight with a powerful competitor (think: China). The good news for the unmanned industry, according to Vice Adm. Michael Moran, Principal Military Deputy, Office of the Assistant Secretary (Research, Development and Acquisition), a keynote speaker at the recent AUVSI [Association for Unmanned Vehicle Systems International] Defense Phase I - Maritime event: the Navy plans to open opportunities up to any company who can advance the DoN’s teaming efforts.

In the same boat

The campaign’s vision is to “Make unmanned systems a trusted and sustainable part of the Naval force structure...in support of the future maritime mission” and the Navy is trying to change perspectives. Unmanned systems are not just tools. They will serve as an integral part of the Navy’s warfighting team. Human-machine shipmates will enable distributed maritime operations (DMO) for the Navy and littoral operations in contested environments (LOCE) for the Marine Corps.

The sea services have been employing unmanned systems for more than a decade. Air assets, in particular, have provided 35,000 hours of maritime domain awareness through persistent intelligence, surveillance, reconnaissance (ISR) and kinetic capabilities. The Navy wants more of this and wants it holistically connected to all its unmanned surface, unmanned sub-surface, unmanned ground, counter-UAS [unmanned aircraft systems], counter-UMS [unmanned maritime systems] platforms and the humans that drive them.

According to Admiral M.M. Gilday, Chief of Naval Operations (CNO), creating this seamless hybrid fleet will require the “acceleration of critical enablers in technology, processes, and partnerships,” which will have impacts “across every aspect of doctrine, organization, training, materiel, leadership and education, personnel, facilities, and policy.” Doing this will also require changing the internal departmental narrative from a historically stove-piped and platform-centric approach to a capability-centric approach.

A sea change ... at the speed of technology

Why now? According to RADM James Pitts, director, Warfare Integration, N9I, Office of the Chief of Naval Operations, “We were not effectively communicating or moving the ball down the field. This strategy provides alignment amongst all of the Department of the Navy, our Congressional partners, academia, industry to allow us to do deliberate planning and rapid execution. Unmanned systems need to be an integral part of our Navy’s team.”

Technical, cultural, policy, fiscal, and procedural barriers must be addressed to break down existing stovepipes and drive the “solve once and scale” mindset demanded by Navy leadership. To achieve this, the campaign lays down five goals:

“These goals get everyone pulling in the same direction,” says Rear Adm. Casey Moton of the Navy’s Program Executive Office, Unmanned and Small Combatants. “All our naval warfare centers are working on something relevant to unmanned, but … we are not going to do this in a stove-piped manner.”

Rowing in the same direction must happen quickly. According to VADM Moran, “Adaptation must occur at machine speed.” He suggested the best way to do this is, “to learn more from industry than we have before.” It’s all about Tech Transfer and Transition (T3).

The Navy has warfare centers, research labs, government field activities, NavalX Tech Bridges, a Rapid Autonomy Integration Lab (RAIL), and an instrument of ranges to learn and iterate fast with industry. However, Moran emphasized, “We need to come together in a common environment to do better in transitioning. Prototypes we can do, but we stumble in translating that to the operational environment.” The key is to not stop short with simulated and lab environments but rather to iterate tech to open environments on land and sea. “We need to do test and evaluation and share data almost immediately.”

For the Navy, investing in a common manned/unmanned C2 and cross-cutting platforms will provide an incredible force multiplier. And so it seeks commercial partners for a myriad of projected intelligence, studies, wargames, experiments, exercises, testing, modeling, and simulation efforts. The U.S. Pacific Fleet has already scheduled a series of Fleet Battle Problem (IBP-21) events to focus on above and undersea unmanned contributions to the maritime fight that start this month.

The good news for industry is that the Navy has historically put their money where their mouths are, when it comes to research and development (R&D). In Fiscal Year (FY19), the department put almost $300 million towards a variety of engineering efforts including a Counter Small Unmanned System Adaptive Multi-Sensor, Multi Weapon Fusion and Fleet Experiment, a Mission Ready Unmanned Assault Amphibious Vehicle, and Machine Learning for Auto-Identification of Target Objects from UAS. This resulted not only in the tech that helped close some serious battlefield gaps, but also in the publication of more than 1,000 government, academic and industry technical papers.

According to Vice Adm. Moran, “Industry will be a huge partner. You can look at our budgets. We’re committing to this.” This opens up an ocean of possibilities for potential for industry. 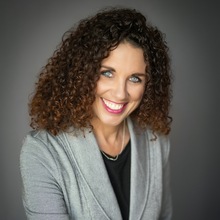