During the May 30 test -- the first live-fire test event against an ICBM-class target for GMD (built by Boeing) and the U.S. ballistic missile defense system -- an ICBM-class target was launched from the Reagan Test Site on Kwajalein Atoll in the Republic of the Marshall Islands.

Boeing serves as the prime contractor on the GMD program and collaborates with an industry team to integrate updates to the system: Raytheon says that its Exoatmospheric Kill Vehicle served as the ICBM's interceptor; Raytheon also is behind the X-band and AN/TPY-2 radar systems used during the test.

The interceptor, launched from Vandenburg Air Force Base, was equipped with a boost vehicle rocket made by Orbital ATK; Orbital also supplied the ICBM that was used as a target missile during the test.

Vice Admiral Jim Syring, MDA director, said of the test: "The intercept of a complex, threat-representative ICBM target is an incredible accomplishment for the GMD system and a critical milestone for this program. This system is vitally important to the defense of our homeland, and this test demonstrates that we have a capable, credible deterrent against a very real threat. I am incredibly proud of the warfighters who executed this test and who operate this system every day."

Initial reports from the MDA are that while the test met its primary objective,  program officials will continue to evaluate system performance based upon telemetry and other data obtained during the test. The test -- designated Flight Test Ground-Based Interceptor (FTG)-15 -- aimed to provide the data necessary to assess the performance of the GMD system and provide enhanced homeland defense capabilities. 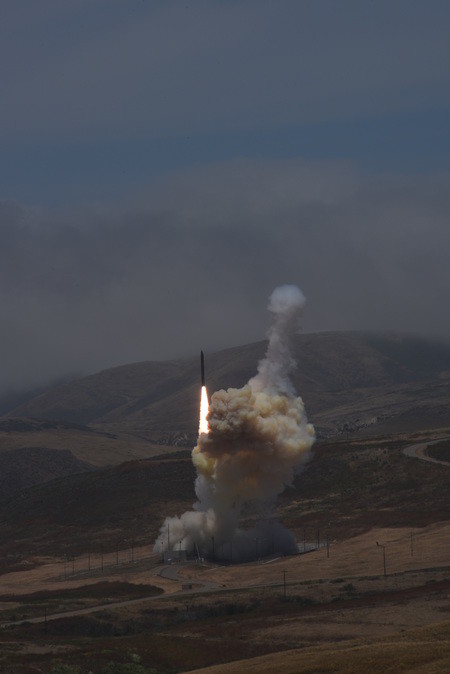