According to company officials, its AI on the Fly solutions are different than traditional datacenter AI infrastructures in that they use the latest highest-speed commercial processing, input/output, networking, and storage technologies in harsh and rugged environments while meeting the exacting specifications for shock and vibration, redundancy, wide operating temperature range, altitude ranges, and uninterrupted power sources.

Steve Cooper, CEO of One Stop Systems, says of the platforms: “Our AI on the Fly solutions range from embedded deployments based on the Bressner suite of box PCs and custom CDI FPGA network interfaces to high-end deployments using multirack systems made up of ingest, compute, storage, and accelerator building blocks.”

Show attendees may visit One Stop Systems at Booth #1152. 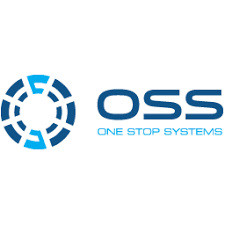