Beyond PICMG, PC/104, and VITA standards: Some new standards you should watch

In the embedded business we pay close attention to the industry trade consortia and their associated standards. Organizations such as PICMG, the PC/104 Consortium, and VITA factor heavily into our editorial coverage of open standards from AdvancedTCA and CompactPCI, to PC/104 and EPIC Express, to VME64 and VPX.

In the embedded business we pay close attention to the industry trade consortia and their associated standards. Organizations such as PICMG, the PC/104 Consortium, and VITA factor heavily into our editorial coverage of open standards from AdvancedTCA and CompactPCI, to PC/104 and EPIC Express, to VME64 and VPX. But I was recently reminded that there are lots of other standards organizations and their associated open standards whose activities have an effect on the electronic and software content in military programs.

MIL-SPECs live on
First of all, the dawn of COTS did not do away with MIL-SPECs. These tried-and-true documents such as MIL-STD-1553 (a robust data bus designed in the 1970s that’s still designed into our latest platforms such as F-35 JSF) or MIL-HBK-217 (Reliability Prediction for Electronic Systems) are just as valid today as they were in 1994. While our military relies on fewer MIL-SPECs today than they did before Dr. William Perry’s famous memo, a core set of specifications is still used. Maintaining these specs is the job primarily of the Defense Standardization Program Office (DSPO).

The DSPO is active behind the scenes, maintaining the DOD’s MIL-SPECs and creating new ones as appropriate. In an era of COTS, why would the military even write a military specification? They would do so only to “champion standardization throughout DoD to reduce costs and improve operational effectiveness.” DSPO sits at the conflux of DoD acquisition, operation, sustainment (usually end of life), and various civilian standardization and COTS activities. DSPO is tied closely to the DoD’s Joint Vision 2010 and is an integral part of OSD and the DLA.

In addition, the Defense Supply Center Columbus (DSCC) – which you might remember under the name DESC – is responsible for creating military part numbers and maintaining specification control on myriad components and assemblies. Also under the DLA, DSCC manages more than 1.6 million different items. DSCC changed its name from the Defense Electronics Supply Center as the COTS era was ushered in. Yet most old timers (like me, I suppose) remember DESC’s famous semiconductor component drawing nomenclature, which once started with “5962-xxxxxxx.” Today, DSCC maintains DSCC drawings, Standard Microcircuit Drawings (SMDs), Qualified Manufacturers Lists (QMLs), and numerous other important DoD specifications.

GEIA gets visible
The Government Electronics and Information Technology Association (GEIA) has long been one of the most credible sources for military program information. Their annual Vision Forecast is a highly detailed analysis and set of recommendations by the leaders of industry and academia working with the DoD. I have attended their conferences in the past and have always found them worthwhile.

However, I only recently became aware of GEIA’s standardization activities. Their mission of “representing high-tech industry doing business with the government” makes them a valuable partner with the embedded technology industry we usually write about. Of note, GEIA recently became the official home of GEIA-STD-0002-1. This innocuous title for the Aerospace Qualified Electronic Component (AQEC) Requirements, Volume 1 – Integrated Circuits and Semiconductors (what a mouthful!) is a revolutionary step in the era of COTS components.

I have had some minor involvement with this effort during the past seven years before the AQEC landed at GEIA. Known simply as the AQEC (“A-qwek”), this spec is a way for military programs to gain access to the critical semiconductor and integrated circuit manufacturer data they need to make decisions for deployed component use. When the IC industry abandoned MIL-SPECs in the early 1990s in favor of pure commercial-grade devices, the DoD and its primes were left scrambling for ways to adopt components in noncommercial environment programs.

The inherent mismatch between military programs (long life, extended temperature, and guaranteed by test) and the COTS IC suppliers (consumer life cycle, commercial temperature, and guaranteed by design) put our industry in a tailspin from 1990 to about 2000. Once MIL-SPEC and DESC components disappeared, programs and board-level suppliers were forced to uprate components, and they begged companies like Intel and Motorola (now Freescale) for test data. In some cases, they qualified the whole system instead of individual components. These practices are still going on today, and the AQEC is a compromise spec among the government, primes, subs, and Silicon Valley.

In effect, the AQEC intends to:

When a semiconductor supplier agrees to participate in AQEC, they are working with the government to give confidence in the reliability of an individual component. The motivation for this is likely twofold:  1. Limitation of liability; and 2. Patriotic duty. Since the government simply must use the latest components – our warfighting ability requires it – IC companies can minimize their liability by assisting programs in assessing the suitability of a given device. The AQEC formally provides the necessary IC design and test data to the military program and its subs. To date, FPGA supplier Altera has signed up to be an AQEC partner. Other semiconductor companies are set to follow suit. In the meantime, keep watch on the GEIA as a source of useful industry specifications.

FAA and civil aviation for mission-critical systems
And speaking of other standards affecting the military, one need look no further than the Federal Aviation Administration (FAA). As military systems become increasingly mission- and safety-critical, the FAA’s RTCA DO-178B software spec is flying from civilian to military aircraft and systems. But certifying software in compliance with DO-178B is difficult, relying on recertification of the system running the actual flight software. The FAA is making this easier with reusable software components (RSC) per their Advisory Circular AC 20-148. This FAA spec facilitates software reuse by allowing already-certified software modules to be used in higher-order systems without recertification and treated like “software black boxes.”

That is, the overall system software need not be recertified to the same extent if it is composed of already-certified submodules. COTS software vendor LynuxWorks is one of the first RTOS suppliers to achieve this badge of honor as their Lynx-178 real-time operating system just received the AC 20-148 FAA acceptance letter. By using the DO-178B specification – and already-certified products like Lynx-178 – software designers have yet another standard tool in their open standards toolbox.

Look beyond the obvious
As we will report to you in the May issue of Military Embedded Systems magazine in our special feature “COTS: 10 years after,” Commercial Off-The-Shelf is so ingrained in the DoD that it’s not going away. Increasingly, COTS standards are coming from nontraditional sources, and they’re being used successfully in military programs. Beyond our industry’s “usual suspects,” also be sure to watch out for the specs from organizations such as the DSPO, DSCC, GEIA, and FAA. 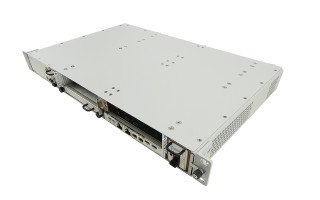