SSDs on solid ground ... and in the air

Nonvolatile storage has long been a part of military equipment. After all, bubble memory was available from guys like Intel, Texas Instruments, Allen Bradley, Thomson, and others for a long time. But magnetic bubble memory was last used in legacy military systems before it became really-truly-honestly-no-foolin' obsolete in the late 1980s. Today, anyone with a new cell phone or digital camera knows just how cheap nonvolatile flash storage has become.

That same technology is finding its way into solid-state disks, on boards, and into modern deployed defense systems. Bundle a bunch of flash devices together with a controller and some logic and you've got a solid-state disk. Cheaper is not always better, and not all nonvolatile storage is suitable for disk duty.

It's important to define what an SSD is. The strictest definition is nonvolatile storage in either 2.5-inch (laptop) or 3.5-inch (desktop) form factors with COTS interfaces such as EIDE or SATA/SATA II. In this configuration, vendors such as InnoDisk, PQI, Seagate, Super Talent, or SiliconSystems package NAND flash, a controller, interface, and wear-leveling logic into the familiar disk drive package1. The devices look identical to regular magnetic rotating drives (HDDs), may consume less power, are dramatically faster, are really rugged (no moving parts), and often have hardware security features such as scrubbing and encryption. SanDisk FFD SSDs, for example, feature secure erase and sanitize - two features that remove data, overwrite it, and assure that no trapped charge (1s and 0s) remains. The company's autoresume feature guarantees the process completes if a power cycle or other anomaly occurs. This is handy in vetronics and airborne systems where "dirty" power is all too common.

The beauty of packaging microprocessors and FPGAs into SSDs is that erasure or data striping algorithms and custom interfaces can be created. Imagine an SSD that bolts up to ARINC-429. At the 2008 CMSE conference, SiliconSystems described the impending obsolescence of parallel ATA chipsets and posited an FPGA replacement that could speed data transfer via built-in DMA and signal rise/fall/propagation shaping. As well, a host-based proprietary security algorithm can interact with a custom interface and on-chip logic to provide NSA-quality data encryption. None of these things are possible with a plain old magnetic HDD, nor with limited capacity consumer-quality SD/MicroSD digital camera cards.

Whereas consumer flash is limited to about 32 GB in SDHC with a street price of under $150, SSD densities continue to increase as NAND flash prices fall precipitously2. As we went to press, SiliconSystems announced their SiliconDrive II series SATA in 2.5-inch size at 64 GB with full wear-leveling, ruggedization, and data protection. Weeks before, Super Talent - a relatively new name in COTS military circles - was selling their commercial temp MasterDrive 128 GB SATA II, 2.5-inch SSD at a street price around $300. The company's rugged DuraDrives cost more, but commodity-like price wars bode well for military designers and their end systems.

But not all SSDs are strictly flash-based. Texas Memory Systems recently announced a patent on their Instant-On I/O (IO2) RamSan products that use DRAM for fast, dense storage and triple-redundant internal UPS to protect against power loss. Where flash-based SSDs have sustained read/write times on the order of magnetic HDDs (approximately 40 MBps), DRAM-based SSDs are in the InfiniBand and Fibre Channel range of 3 GBps. At the other end of the spectrum are chip-based nvSRAMs from companies like Simtek (recently acquired by Cypress Semiconductor) whose 8 Mb devices achieve 25 ns READ access by bolting SRAM and EEPROM cells together.

Another unique SSD chip-level technology comes from Freescale and their partner e2v (formerly Thomson TCS, France). Designed from the get-go for high-rel markets like automotive, industrial, and military, Magnetoresistive RAM (MRAM) stores data based upon electron spin instead of trapped charges or active power-burning transistors. The devices offer the speed of SRAM, the density of DRAM, the nonvolatility of flash, and with minimal modifications are operable in radiation environments such as space. e2v just launched a mil-grade 4 Mb device to market, with promises of higher future densities. Extraordinary speed and simple endurance - without necessitating complex wear-leveling logic - have a definite place in defense systems. In short, an MRAM might be the best way of all to construct future SSDs.

Still, Multi-Level Cell (MLC) 2-bit NAND flash ICs remain the mainstay of the SSD market because they're available in megabyte chip densities. Issues of wear-out endurance and secure erasure have been solved at the drive level. There are future promises of 3- and 4-bit cell devices from Intel-Micron, Numonyx/Hynix, Samsung, and SanDisk/Toshiba that promise densities from 512 Mb to a staggering 64 Gb3. At Intel's recent IDF conference, the company announced a series of flash-based SSDs and storage blades promising an order of magnitude better endurance while dramatically reducing power using as-yet-unspecified proprietary magic. I'll dig into that further and pass on what I find.

Clearly the market for SSDs continues to ahem! grow larger all the time. No doubt ground-, airborne-, shipboard-, and even space-based military systems will continue to rely on solid-state over old-fashioned magnetic HDDs. 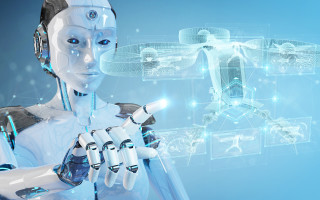