The use of digital technology in defense systems has changed the concept of war. The battlefield of the future will rely on weapons and defense systems that cannot be seen or heard. At the same time, digital threats to the critical infrastructure that supports those systems – and the greater economy – has vastly expanded the scope of what must be defended: hardware, code, data, communications, power grid, and all the software that enables modern weaponry.

The complexity of the modern world of warfare goes far beyond the idea of event-based attacks. In the modern battlespace, as more compute power and control is pushed to the intelligent edge, a new element of the battlefield is emerging – there is more than data at stake.

The intelligent edge is the myriad of connected systems and devices where data (intelligence) is captured and analyzed close to the source of where the data was generated. The source could be in multiple domains – land, sea, air, cyber, electromagnetic spectrum, cyber, or space. These systems/devices will often be at the farthest edges of a network.

Example: Unmanned aerial systems (UASs) or drones, which save pilots from flying dangerous missions, are operated through an orchestrated system of communications, code, and human interaction. Bomb-detecting robots and autonomous underwater vessels also rely on equipment, software, and communications networks that must be protected against intruders. With every advance in the intelligent edge – where the attack surface widens and deepens. Even human warriors – who can be outfitted with exoskeletons, neuro-devices, and other enhancement technologies to enhance their capabilities – could become potential attack vectors.

The interplay of humans, data, and embedded intelligence in modern weapons systems is blurring the lines between physical and digital warfare. If an adversary can control a power grid, an industrial line, or a nuclear submarine by hacking software or reverse-engineering a device, the potential physical damage could be just as lethal as many acts of conventional kinetic warfare.

Nearly half of U.S. companies using Internet of Things (IoT) technology have experienced security breaches, according to a past survey by Altman Vilandrie & Co. One of the issues is that the edge and IoT infrastructure are incredibly diverse, appear in many different forms, and come from different vendors. This variety creates more vulnerabilities and heightened security risk. Some of the weakest points in any cyber-physical system occur where discrete technologies connect through insecure gateways or software. Many systems were never designed to work together, and many devices become vulnerable when they are connected to the internet or to one another through insecure networks.

Intelligence agencies and the military have a deep understanding of cyberthreats, and they have developed some of the most advanced methods to secure embedded systems. The U.S. Department of Defense (DoD) has long partnered with universities and the private sector on research and development of technologies from the internet to advanced cyber-physical systems. Now, to increase deployment speeds, the military is commissioning and acquiring more off-the-shelf, plug-and-fight systems rather than developing purpose-built equipment.

There is a big push across the DoD to move away from the traditional system-procurement model, which is extremely cumbersome and slow, and doesn’t always lead to a desired outcome. Going forward, the military says that it will be working more and more with commercial software developers, AI vendors, cloud services, and network providers – all part of the backbone of the intelligent edge.

For any organization that will rely on an intelligent edge, this reality is an opportunity to reach for a level of security that has not previously been present in the push to advance edge capabilities, during which many products have been rushed to market without considering the security implications. Just as human intelligence works most securely when information is handled on a need-to-know basis, the intelligent edge will be most resilient if a single part of the system is protected from taking down everything.

Security matters, of course, but protecting against attackers will never be enough to create a resilient system. “Secure by design” is a methodology for creating computer applications or systems in which all aspects of the software are inherently developed in a way that makes it difficult or impossible for a malicious user to damage, attack, or compromise a system. There is a movement among software developers now to incorporate information security with agile software development – a marriage of DevOps and InfoSec known as DevSecOps (Figure 1). 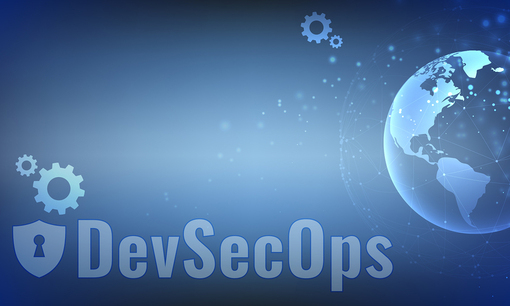 DevSecOps means shifting security to the left by making it a part of the development process, not something to be tested at the end or buried in a report of suspected vulnerabilities. It starts with an assumption that bad actors will find a way to attack the system, so why not attack it from every angle first to expose the weak points and assess the chaos that could ensue? Because attacks are inevitable – and real-life attackers would not stop short of taking down production – developers should seek to minimize, contain, and repair any damage an attacker could do throughout the life cycle of the system.

Of course, enhancing security is easier said than done. One of the biggest problems with many edge devices is their lack of updatability. Many industrial and healthcare system controls, for example, were never meant to be connected outside of a closed network and are rife with vulnerabilities. Too many “smart” consumer products were not built with security in mind, including those that were designed to connect to the internet. Engineering systems might have a single password that gives anyone who knows it (disgruntled employees, contractors, spies) the ability to control earth-crushing equipment, in the field or remotely. And many IoT devices must be updated physically, even if they are in isolated locations – or they are simply not updatable at all.

Why? Many of the developers who built these systems – especially older systems – never contemplated that anyone would want to attack them, or they did not understand the implications of interconnecting equipment with critical systems over the internet, without the security layers of an enterprise system.

Security requires an offensive mindset; you have to think like an attacker. Most of us are taught from a very early age to think inside the box and to be good citizens. That’s why companies hire ethical hackers to stress-test their systems; the hackers report back and the company learns to limit its potential exposure.

There is a chasm in security standards between military systems and commercial systems. Market forces alone will not be enough to secure critical infrastructure, because there is remarkably little liability when things go wrong in the private sector. Security always seems to lag, because new technologies come out before all the ramifications have been really thought through and analyzed.

The security requirements of the new intelligent systems in the military world mean that cybersecurity is an imperative that must be planned in at every stage of the life cycle – develop, deploy, operate, service – especially as the cyber-digital battlefield becomes more complex and the attacks from adversaries get more sophisticated. 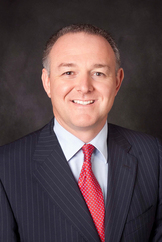 Roberto Valla is the Digital Transformation Officer for Aerospace and Defense at Wind River. He works strategically with customers to accelerate their digital transformation journeys and deliver solutions for mission-critical intelligent systems. Prior to Wind River, Roberto spent 28 years at The Boeing Company in a variety of positions in engineering, program management, business development, strategy, and sales and marketing. Roberto holds an MS in aeronautical engineering from Stanford University and a BS from Northrop University.