Show me the weapon system, no more PowerPoints please

In tough economic times, the DoD expects cost and risk sharing from suppliers in the development of new products and technologies.

If suppliers from the primes on down plan on making calls on Army, Air Force, Navy, or Marine program managers, they best leave their PowerPoint slides at home. U.S. DoD leaders say they are tired of sitting through presentations on how a product might work if it needs government funding to be developed.

Better than just a PowerPoint slide, the military needs products and systems that meet requirements and can be put into a demonstration quickly for testing, said Maj. Gen. William Crosby, Program Executive Officer, Army Aviation command during a press briefing at the annual meeting of the Association of the U.S. Army (AUSA) earlier this fall.

The Army and other branches are essentially asking industry to pick up part of the development tab.

“Our country has a budget challenge; we have to work closely with partners in industry and do the best we can with what we have” – accepting the risk and maintaining an active priority list, said Maj. Gen. Tony Crutchfield, Army Aviation branch chief, at the AUSA press briefing.

The Army is “determined to try it before they buy it,” Mike Madsen, President of Defense & Space for Honeywell Aerospace in Phoenix told me at AUSA. “It is expected that there will be more cost sharing and we would echo [the Army’s] concern that they get a good demonstration and see the product in action before they make a decision to purchase.”

Developing systems and products for military applications without DoD funding is not a new phenomenon, but has been happening for some time and with success.

For example, Harris RF Communications developed the Falcon III AN/PRC-117G Software-Defined Radios outside of the Joint Tactical Radio System (JTRS), but compliant with the program requirements. However, because Harris developed them with their own money, they were able to field them way ahead of the JTRS program.

The DoD is going to be moving development costs back toward the suppliers, said Sean Jordan, Vice President of Finance for the FLIR Systems Government Systems division in Wilsonville, OR. During The FLIR AUSA press briefing, Jordan said that his company’s electro-optics and other systems have mostly always been self-funded, so they feel they are also well positioned to take advantage of the new procurement trend.

Embedded COTS component suppliers have been funding their own designs for some time, offering the embedded boards, connectors, hard drives, and so on, that are ready to work right away with just minor tweaks.

COTS suppliers proved that rugged military quality equipment can be delivered off the shelf without excessive government funding required for development.

Now it seems that this process is moving right on up the food chain.

Another COTS procurement characteristic appearing at the program level is the embrace of open architectures and standards over old stovepipe, proprietary systems that are not compatible with new technology or other DoD platforms.

A popular phrase in DoD circles these days is “platform agnostic.” In other words, having systems and technology that are not tied to one specific platform.

An example of this is the DoD’s common ground control segment, being designed by industry and the DoD to create a common architecture to be used across all unmanned aerial system platforms. Essentially, the DoD wants to eliminate the costs of having proprietary ground control stations for Unmanned Aerial Vehicles (UAVs). Every UAV prime contractor has ground control stations that only work with their specific UAV.

Having a common ground control segment that is platform agnostic would save costs in the long run.

Platform agnosticism is also behind the cancellation of the JTRS Ground Mobile Radio (GMR) program. Instead of funding the GMR from the ground up, Pentagon planners will be turning to industry to come up with solutions from current technology to meet the GMR requirement. (For more on JTRS, see the special report on page 16.)

Having architectures and technology shared among different platforms will also improve warfighter training on the new systems – by reducing training time and costs.

Crutchfield said during the AUSA press conference that training is often overlooked when discussing funding for platforms and upgrades.

“In these trade shows, it is easy to concentrate on material solutions and the numbers associated with those solutions,” but often the cost of training gets overlooked, Crutchfield said. “As the user, I have to make sure it’s affordable because we have to train” them to use the new systems and that will not be inexpensive in any way.

“Sometimes in trade shows that gets missed, and I want to make sure that we all keep that in mind.” 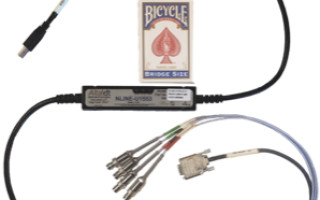 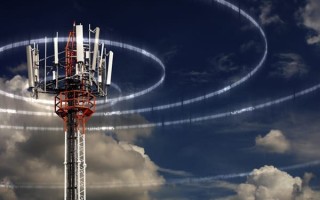