To meet size, weight, and power (SWaP) requirements as well as higher-bandwidth demands in radar applications, engineers are leaning towards fiber optics as the answer. The challenge is designing them to be rugged to withstand harsh environments. In this Q&A with Gerald Persaud, vice president of business development of Reflex Photonics in Pointe-Claire, Canada and Ray Alderman Chairman of the Board for VITA, they address these challenges. 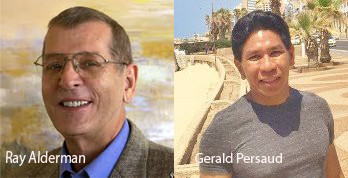 PERSAUD: Radar is a key platform for fiber optics, especially phased array radar, which requires a tremendous amount of bandwidth between the antenna array and the beam-forming computer. That’s where we’re seeing fiber optics being used because it’s lightweight and it has a lot of bandwidth that can move massive amounts of information. When we get to the signal-processing computer we’re also seeing fiber optics being used among processors and FPGAs boards to scale processing.

Engineers are designing radar platforms more with fiber optics, in platforms such as land vehicles, aircraft, and naval ships, which require high-bandwidth systems.

Many fiber optics transceivers in the market were not designed to be rugged. In the past they were used in environments that were fully controlled, now we have ruggedized optics that could be used in extreme, harsh environments that meet high temperature shock, vibration, and damp environment requirements.

ALDERMAN: Applications with large data streams and heavy processing requirements like electronic warfare (EW), radar, and signal intelligence are using fiber optics. The problem with copper is that it runs out of steam and can’t feed the advanced CPUs. We are I/O bound in these applications: the CPU can process more data than I/O links can deliver. The interconnects are trying to push toward 20 gigabits per second and copper just doesn’t have the bandwidth.

VITA 66.1 tries to bring a lot of the requirements of optical together. The first thing you have to worry about is shock and vibration. You can’t have the beam moving around. If the beam goes off center, you loose data.

MIL-EMBEDDED: What are some of the challenges with the use of fiber optics in systems?

PERSAUD: From a system perspective, some engineers understand the benefits, but what they are concerned about is the reliability of fiber optics. At a system level, I think, you end up with a more reliable system when you go with fiber optics, especially with high-bandwidth system.

Another concern that engineers always have is vibration. For example, when you mate the fiber cable connector to the optical transceiver, because it’s not a physical contact that’s being locked together, people are concerned that the vibration will cause the fibers to misalign and generate errors. This case is not true if you design the fiber connection correctly.

However, where engineers have run into trouble is taking a commercial design and using it in a military application. For example, a DataCOM pluggable module is, such as a QSFP [quad small form factor pluggable]. It is meant for a quick-connect and has a commercial connector. It was never meant to tolerate a high vibration environment. When that quick-connect is used, it generates a lot of errors.

ALDERMAN: Optics are made of glass and plastic fiber. In critical applications, you can’t use plastic fiber. An electromagnetic pulse (EMP) can cause the plastic to degrade. With flexible glass fiber EMP will cause the glass to go dark, but it will recover.

Another problem is single mode fiber, with one data channel. By going to multi-mode fiber, bandwidth is dramatically increased. With multi-mode, you can run multiple data channels without crosstalk and interference.

MIL-EMBEDDED: Where do you see this technology going in the future? In other words, how will this play out between copper vs optics?

ALDERMAN: We are now moving into cognitive EW, which needs serious bandwidth to run algorithms to create a radar profile on the fly. That profile is used to transmit manipulated data and jam [our enemies] radar. Creating a profile of an enemy radar must occur rapidly. The software framework for cognitive EW relies on artificial intelligence (AI) techniques – software that will analyze the enemy signals and create a profile to spoof or jam their system. Optical has the bandwidth for this type of EW and the same for signal intelligence.

I see more applications needing greater bandwidth than copper connections in the future. Sensors are getting so sophisticated that the copper doesn’t have the ability to move the data. Purely from a performance standpoint, optical is the way to go.

PERSAUD: This technology will displace copper for all types of transmissions in the future. Surveillance systems or information systems are becoming more reliant on high-resolution sensors, whether it’s radar, camera, or acoustic sensors. Because of the amount of bandwidth that is being transferred from these systems, fiber optics is the best option in meeting SWaP requirements and having a reliable system. I see fiber optics naturally displacing copper wires over time.

Fiber optics has so many advantages over copper that most engineers have to understand it well in order to maintain a competitive advantage. A lot of VPX suppliers are starting to implement fiber optic connections between boards, as well. These companies are realizing they have no choice.

MIL-EMBEDDED: How do you address shock and vibration in a harsh environment?

PERSAUD: A rugged optic needs to be able to sustain a low bit air rate at very high bandwidth under harsh operating conditions of extreme temperatures, shock, vibration, and moisture. The question is how do we achieve that? In order to meet extreme shock/vibration environment, the component needs to be small, lightweight, and has to have a low profile and strong attach-strength to a board.

For example, LightABLE [see figure] has a low profile, less than 5mm high. It’s about square centimeter. What’s key here is its low center of gravity, which allows it to tolerate a high-shock environment. Also, because it is soldered to the board, it has very high attached-strength.

Figure 1: The LightABLE is a family of multiple parallel-lane transmitter, receiver, or transceiver operating at 10 Gbps/lane. Photo courtesy of Reflex Photonics.