CENTREVILLE, Va. Parsons Corporation has won a $50.6 million, six-year contract by the U.S. Air Force for the manufacturing, integration, and sustainment of 13 Recovery of Airbase Denied by Ordnance (RADBO) systems.

According to the company, RADBO employs the Parsons developed ZEUS directed energy system to destroy unexploded ordnance in previously denied areas and is designed to improve the safety of deployed warfighters.

The company also claims that the program is the first Department of Defense ground-based laser system placed into production. RADBO is comprised of three main components: the mine resistant ambush protected (MRAP) vehicle, a ZEUS laser, and an interrogation arm assembly.

Air Force explosive ordnance disposal personnel could operate the laser and robotic arm from the safety of the MRAP to clear multiple unexploded ordnance from airfields, according to the company. Parsons is the original equipment manufacturer of the ZEUS laser. 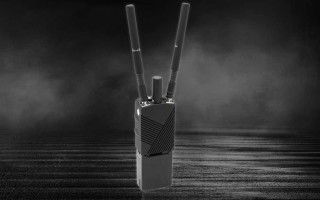