Enabling commonality across multiple platforms is a priority within U.S. Department of Defense (DoD) procurement for new and upgraded avionics platforms and this open architecture approach is gaining traction in the electronic warfare community as well. In this Q&A with Ed Zoiss, President of the Electronic Systems segment at Harris, he discusses how Harris and Boeing are pursuing open architectures in their collaboration, which is focused on developing next-generation military avionics systems, the impact of reduced size, weight, and power (SWaP) on electronic warfare (EW) technology, and how increasing complex threats are driving mission funding of both avionics and electronic warfare systems. Edited excerpts follow.

MCHALE REPORT: Please provide a brief description of your responsibility within Harris and your group’s role within the company.

ZOISS: I’ve been with Harris for 22 years and currently am president of the Electronic Systems segment at Harris, which is one of four segments within the company. Electronic Systems, which generates about $4.5 billion in revenue annually, develops high-performance avionics, electronic warfare systems, wireless solutions, command, control, communications, computers and intelligence (C4I) systems, and undersea systems, for defense electronics applications.

MCHALE REPORT: Harris recently announced its collaboration with Boeing Phantom Works for next-generation avionics technology. Can you provide details on that effort and how the future avionics systems will enable commonality through open architectures and commercial-off-the-shelf (COTS) solutions?

ZOISS: It is a proof point of where the whole industry is headed. An excellent example is the Future Airborne Capability Environment (FACE) consortium, developed by NAVAIR (U.S. Naval Air Systems Command). Harris is a founding member of the consortium. FACE is a standards body focused on driving industry and government together to deliver solutions faster to the warfighter that are affordable and not proprietary, but rather based on a common standard.

Along those lines, Harris and Boeing are working together to deliver an open systems architecture, based on open standards that builds off our long-standing relationship with Boeing, which includes supplying avionics for the F/A-18 aircraft.

Open systems are the future of avionics and we are investing heavily in developing these solutions. Where standards may fail is when user-defined elements are added to a piece of hardware. Once that happens, it is no longer an open architecture, but more proprietary. The work we are doing with Boeing works to avoid this and enable more commonality in future avionics systems. The collaboration will create advanced core mission processing architectures to manage many of an aircraft’s critical capabilities, such as communication, sensors, navigation, and displays. Under the partnership, Harris will produce the collaborative design for the common processing hardware that will be integrated with the Boeing Secure Computing Solution hardware, Boeing Phantom Fusion mission software, and a multi-level communication network.

Harris will provide custom-designed high-speed interfaces, security, COTS processors, and military quality packaging to enable scalable mission processing via open system architectures. We will design modules or a community of modules that will enable open system performance by leveraging solutions such as fiber optic backplanes and switched fabric standards.

MCHALE REPORT: How do you manage the associated obsolescence challenges that come with COTS use?

ZOISS: We work with our customer on managing the product life cycle process, which can get especially expensive and complicated because of the required recertification of safety-critical avionics components. We factor in obsolescence mitigation of COTS components from the start of the process by refraining from using sole source providers, leveraging instead multi-sourced systems, subsystems, and components. Having multiple choices on sourcing is the most effective way to mitigate obsolescence challenges.

MCHALE REPORT: Reduced SWaP requirements are hitting all applications in defense electronics. How are they impacting future avionics designs? What are the tradeoffs with smaller tech?

ZOISS: In rotary aircraft avionics reduced SWaP is critical. For example, on platforms such as the MH-60 Blackhawk and the MH-47 Chinook, each of which carry quite a bit of mission equipment, keeping the weight down is a huge challenge. Therefore, as we modernize an avionics system, the first thing we look at is how to reduce SWaP.

For EW customers SWaP is also important, which is why we developed our small form factor Disruptor SRx – a multi-function EW system. By reducing SWaP you can enable EW in places never before contemplated such as on small UAS platforms. As platforms become smaller, inspiring creativity with electronic designs expands the market opportunities exponentially. You can innovate small SWaP around full communications or EW subsystems to develop completely new uses such as networking systems that were never networked before. The requirement we hear over and over again from our customer is for more multi-functionality, such as having electronic intelligence (ELINT) and signals intelligence (SIGINT) functions in one system with the ability to switch between them and in smaller packages.

As the technology curve moved away from analog toward digital systems and the size of electronics scaled down with Moore’s Law, you no longer need all the real estate you needed in the B-1 Bomber for example. EW systems today are vastly different in capability and size and I think this trend will continue.

MCHALE REPORT: With fewer new aircraft platforms being developed, the military avionics market seems to be one of sustainment and upgrades/refreshes. Do you agree with that statement and how do you see this market behaving the next few years? Do you include UAS avionics in your assessment?

ZOISS: What’s really driving the market are new threats, which are becoming much more peer. As the DoD looks at its inventories of systems – air, ground, and sea – they are determining which systems need upgrades. These upgrades are not based in the old sense of managing life cycles or adding capability, rather modernizations are being determined based on the mission they must perform or the threat they have to counter, such as a threat with an agility we haven’t seen before. As they look to upgrade to this new environment there is also technology being developed across the services to leap past current threats.

The modernization of the electronics in these upgrades will mostly leverage non-proprietary systems enabling commonality and allowing industry to participate in ways they couldn’t in the previous market environment, as with our partnership with Boeing.

Unmanned aircraft have traditionally been focused ISR missions in permissive airspace, but now our customers are exploring new applications such as swarming teams of small UAS – with one aircraft acting as the eyes, one as the ears, one for deploying weapons, etc., the swarm is essentially a network. At Harris we are working on how to enable aircraft to form this network. This new generation of UAS, yet to be born, is a whole new market that will be enabled by smaller UAS with reduced SWaP in their electronics.

ZOISS: Harris has avionics on virtually every military aircraft. In addition to the F/A-18 mentioned above, we’re also on the F-35, and the F-22 Raptor. Our solutions are provided both for U.S. and international platforms, and ranging from mission processors to smart weapons release units.

MCHALE REPORT: Another area under your responsibility at Harris is for electronic warfare (EW) solutions. Traditionally this niche has been slower to adapt open architectures and commonality than other military application areas? Is that changing and if so how?

ZOISS: It is changing, but slowly. Often EW solutions are particular to the hardware they run on, so it will take time for a transition to more open standards to evolve. Our customers are definitely thinking along those lines and we are also preparing. To apply open standards, you begin at the chassis level, develop the common backplane interfaces, and then move toward replacing modules, which are often the most vendor-specific, meaning they are not compatible with other vendor designs. Developing commonality at that level will take time, but the military customers are discussing that path and industry is starting to align to those goals.

ZOISS: Along with the Disruptor SRx, we produce EW solutions for the B-52 bomber and F-16, F/A-18, B-1B, B-52, as well as ground-based EW solutions to the Special Operations Command (SOCOM) and the Marine Corps.

A good deal of our EW business is also international. For example we develop advanced EW systems for allied F-16 platforms. Sophisticated EW systems are in demand internationally because, like the U.S., nations such as Chile, Pakistan, Morocco, etc., need to counter similar threats in their regions.

MCHALE REPORT: Recent budget requests from the DoD showed increased funding efforts for EW technology. How do you view the DoD funding outlook for these systems?

ZOISS: I do think military customers will spend more on EW. There is always a trade-off on whether to add new capability through new platforms vs. modernization of existing platforms. Regardless, everyone needs these new avionics systems and new EW capabilities to counter threats, so I see robust funding going forward for this technology.

MCHALE REPORT: Looking forward, what disruptive technology/innovation will be a game changer for avionics and electronic warfare technology? Predict the future.

ZOISS: The game changer for avionics is in open systems and will continue to be so, but total adoption of open architectures will take time.

For electronic warfare it will be the development of adaptive and cognitive EW to counter threats that are becoming more agile, more complex, more adaptable and all in real-time. Harris is investing in this technology and creating techniques for EW systems to adapt on the fly to counter any threat. We are working on it, along with many others, to mature these technologies.

Edward J. (Ed) Zoiss, president of Harris Corporation’s Electronic Systems segment, is responsible for business strategy, financial performance, successful execution, and growth for Electronic Systems, which covers solutions in electronic warfare, avionics (including carriage and release systems), wireless solutions, C4I systems, and undersea systems. Previously, he was vice president and general manager of the Defense business unit within Harris Government Communications Systems. Prior to that role, he served as vice president of C4ISR Electronics, which provided specialized solutions to defense, intelligence and public safety agencies. Before assuming responsibility for the C4ISR business, Zoiss was vice president of Advanced Programs and Technology, where he led the division strategy, business development, marketing and all internal research and development.

Joining Harris in 1995 as a principal mechanical engineer, Zoiss assumed positions of increasing responsibility, including director of Research and Development and vice president of Business Development for National Programs. He is the recipient of 13 patents. Zoiss received his undergraduate degree from the United States Merchant Marine Academy at Kings Point, New York and his master’s in mechanical engineering from California State University at Northridge. In addition, he received an honorable discharge from the U.S. Navy as a lieutenant. 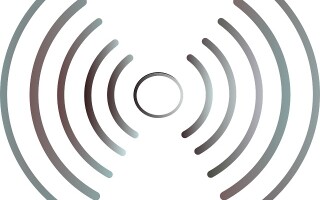