Maintaining sophisticated military equipment across land, sea, and air is a difficult enough challenge when the required resources are readily available. How can the military balance equipment availability with a reactive and compliant maintenance strategy and supply chain when the number of skilled engineers is limited? The use of augmented reality can help the military deliver maintenance expertise from and to anywhere in the world.

VR/AR technologies have been used to simulate training exercises to speed up and reduce the costs associated with readying military personnel for deployment. For example, the Dismounted Soldier Training System for the U.S. Army, deployed in 2012, was the first-ever fully immersive virtual simulation training system aimed at giving soldiers more training time before sending them to the battlefield. Only now are we seeing VR/AR implemented to fulfill a growing requirement for defense organizations: the globally pressing issue of effectively and flexibly deploying scarce and expensive maintenance personnel.

Military assets continue to grow in complexity. Forces across the globe are beginning to take delivery of the F-35 Joint Strike Fighter, the most complex and capable military jet ever manufactured. Larger assets such as the Nimitz-class super aircraft carriers also pose significant maintenance challenges. The Navy estimates that the USS Theodore Roosevelt contains over 1,000 miles of electrical cable and an air-conditioning plant capable of sustaining 500 houses. At that huge size, it’s no surprise that it took a full four years to complete the midlife refueling and complex overhaul (RCOH) of the carrier, from 2009 to 2013.

Increasing asset complexity, the decline in defense personnel numbers, and a definite lag in maintenance training means that having the right engineers in place to keep equipment available is becoming a difficult management task.

Supply loses out to demand from booming commercial aviation market

On one hand, the sophisticated equipment entering defense supply chains requires significantly longer lead times on training. Maintenance personnel are trained and qualified to perform specific repairs on specific equipment and – particularly on aerospace assets – nothing else. On the other hand, the military cannot compete with the booming commercial aviation industry, especially in the fast-growing Middle East and Asia-Pacific regions, where airline operators and maintenance, repair, and overhaul (MRO) outfits can headhunt military personnel with attractive salary offers, work hours, and safer environments.

The demand for maintenance is rapidly outpacing supply. In a 2014 report, the U.K. Military Aviation Authority reported that the RAF lacked 411 tradesmen for aircraft maintenance – a 12 percent shortfall in the number of trained engineers the Ministry of Defense (MOD) required. Innovative solutions are needed to help bridge this gap.

Add to this shortfall in personnel the fact that military engagements are less predictable now than ever before. Insurgency-based threats can arise anywhere at any time, and counterterror warfare requires defense organizations to be prepared to respond as quickly as possible. Sending a fully effective defense force to a forward area requires maintenance expertise to be available close to the area of equipment operation. Maintenance personnel then need transport, food, and shelter, along with force protection. All of this quickly becomes an ever-growing logistics footprint.

Of course, it’s worth remembering that in wars of old – let’s say during the Crimean War, fought from 1853 to 1856 – there were no logisticians involved. Major developments since then mean that across the three services of a mature defense organization such as the U.K. MOD, a full one in six personnel are now directly involved in logistics. In a modern air force organization, such as the U.S. Air Force or Royal Air Force, 95 percent of trades are nonpilot supporting roles.

Which option to choose?

Augmented reality a solution for safety and scheduling

Current mobile solutions support collaboration and drive better data capture and compliance, but even these devices cannot solve the “right skills in the right place” issue. Maintenance personnel could of course contact senior technicians via cellphone, but there is no way of seeing or demonstrating how a task should be executed. Such uncertainty is unacceptable in many situations; after all, these are often decisions regarding airworthiness and safety. Integrating the latest technology with a configuration-controlled solution adds the necessary rigor to remote maintenance tasks.

Augmented reality company XMReality (Linkoping, Sweden) has been working on remote guidance in the field, enabling junior engineers involved in a repair to instantly contact experts back at base. The company has designed an AR training and remote guidance solution for the Swedish Defence Materiel Administration (known by the Swedish acronym FMV).

Using remote guidance, a support technician can see the asset in real time and guide the engineer through every step of the repair with augmented hands and tools – all without having to leave base. Using smartglasses, mobile devices, or tablets, engineers can see a real-time, interactive demonstration of the repair job right in front of their eyes. (Figure 1.) These skills can be leveraged anywhere at any time with the capability of modern mobile technology, helping improve first-time fix rates and decrease the chance of error.

Figure 1: The XMReality Remote Guidance tool allows for knowledge sharing, including training. The solution uses augmented reality (AR) to project an overlay on mobile devices such as smartphones, tablets, or laptops. Smart glasses can be used if both hands are needed to perform the task. Image courtesy XMReality.

What’s next: keeping soldiers safe and missions on course

When these AR/VR technologies are integrated with a supporting enterprise asset management or MRO solution, the maintenance operator can quickly report and complete repair jobs, getting mission-critical equipment back up and running as soon as possible.

The next step will be to develop these solutions to the point where they can be feasibly used on the front line or in the bowels of an aircraft carrier, without compromising repair time, soldier safety, and mission success. Functionality must be tailored for ease of use in the field, keeping in mind the conditions a soldier or front-line engineer may be operating in – possibly kitted up in chemical, biological, radioactive, and nuclear equipment or huddled in the dark bilge of an at-sea submarine.

With augmented reality maximizing engineer and technician efficiency, defense forces will no longer have to suffer long waits and knowledge gaps when it comes to maintenance resource shortage.

Kevin Deal is vice president for Aerospace and Defense/North America at IFS. He has been in the aerospace and defense IT business for over 25 years. Prior to joining IFS, Kevin held a number of roles, including Director of Mid-Americas and Federal at BroadVision and Director of National Sales at Cincom. Kevin was also a logistics war modeler and former director of the DoD’s Supportability Investment Decision Analysis Center (SIDAC). Readers may contact the author at [email protected]. 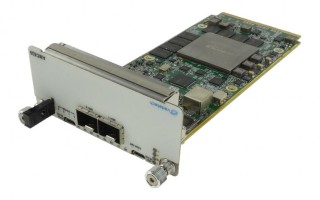