U.S. Army Research Laboratory (ARL) scientists, in collaboration with researchers from the California Institute of Technology and Indi Molecular, Inc., developed a protein catalyzed capture (PCC) agent technology that improves previous versions of receptors and could enable the monitoring of personal and environmental data from soldiers in the field.

The research, funded by the Army's Institute of Collaborative Biotechnologies since 2012, is presented in a comprehensive review article for Chemical Reviews.

"The Army will need to be more adaptive, more expeditionary and have a near-zero logistic demand while optimizing individual to squad execution in multifaceted operational environments," says Dr. Matt Coppock, chemist and team lead for the U.S. Army Combat Capabilities Development Command's Army Research Laboratory, the Army's corporate research laboratory known as ARL. "It can be envisioned that real-time health and performance monitoring, as well as sensing current and emerging environmental threats, could be a key set of tools to make this possible."

"All aspects of the technology have progressed throughout the collaboration culminating in a high-throughput development methodology," Coppock adds in an Army press release. "These aspects included rethinking targeting strategies, upgrading library constructs, automating screening steps and simultaneously characterizing the performance of up to 100 different peptide sequences."

"Current Army programs are on-going to determine important biological markers correlating to soldier health and performance, so establishing the capability for rapid development of receptors will allow the lab to keep up with and advance the biomarker discovery and analysis," he says.

Other potential applications of these receptors include environmental biothreat surveillance, health diagnostics and therapeutics, which could significantly impact the warfighter.

This technology has drawn much interest across the Army science and technology community, such as fellow researchers at CCDC Soldier Center, CCDC Chemical Biological Center and the Army Medical Command.

This collaborative research has matured biological receptors from Technology Readiness Level (TRL-2) to TRL-4, including the successful integration into multiple assay platforms for ruggedized biological sensing in austere environments and reagent transition to the CCDC CBC. 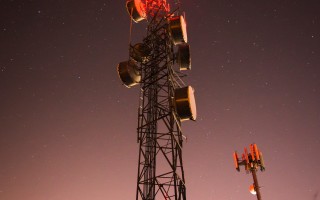