Publish-subscribe middleware is the key technology that enables data-centric architecture. The DDS standard precisely defines how the middleware controls and transmits information. Successful applications include many shipboard and UAV systems.

Modern networked applications must connect and coordinate many resources. A typical distributed application integrates CPU-intensive servers, data stores, user interfaces, and real-time sensors and actuators. Each of these applications demands a different set of information, at varying rates, with varying urgency, and with varying reliability.

Getting the right data to the right place at the right time in this complex environment is perhaps the greatest integration challenge of the new networked reality. The “traditional” way to connect these disparate systems is to first examine the data requirements of each device or processing endpoint, and then design point-to-point interfaces between those devices. Once the relationship has been established, the data can be passed between those two devices, likely using direct messaging. If many devices need the same information, a client-server design allows distributed access.

However, this design assumes the network is relatively static, servers are always present and accessible, the server/client relationships are clear, clients know where and – most importantly – when to request data, and all nodes have similar delivery requirements. This “server-centric” design quickly breaks down as complexity grows.

Data-centric design offers an alternative. With data-centric design, developers specify only the data requirements, inputs, and outputs of each subsystem. Integration middleware discovers the producers and consumers of information and provides the data immediately when needed. This design greatly simplifies integration of systems with complex data requirements. Driven by the rapid adoption of the Object Management Group (OMG) Data Distribution Service (DDS) standard[1], many fielded systems – including shipboard systems like Aegis, UAVs like Scan Eagle, and base stations like the Advanced Ground Control Station for Predator – are adopting this DDS and data-centric design, empowered by publish-subscribe middleware.

Instead of focusing on endpoint applications (devices, processing nodes, console applications) and how they individually interact, the data-centric approach begins the design process from an information perspective. What data does this application produce? What does it need? When? These questions decouple the implementation of the application from the other parts of the system. Data-centric design can greatly simplify system concepts.

Thus, a data-centric designer first defines an information model that captures the essential state and events in the system, then creates data input and output specifications, and then develops components that can produce and process that information. Rather than deriving specific data-interface requirements between components, the designer determines how to represent the state of the system and the external or internal events that can affect it. This “data model” captures the essential elements of the physical system as well as the processing logic. The model decouples applications; data can be provided by any (authorized) process and used by any other process. Applications must specify when and how they can supply information, but they do not need to know when or where that data might be used.

The enabling technology for data-centric design is publish-subscribe messaging, often shortened to “pub-sub.” In this model, data sources, or producers, publish data into and subscribe to data from an “information bus” or “cloud” (Figure 1). Note that although there is a concept of data “in the cloud,” it is a virtual concept. The actual data exists only in the publisher and subscriber endpoints. The pub-sub system connects endpoints by sending messages from the publishers to subscribers over a variety of transports, including direct-memory transfers, switched fabrics, or multicast or unicast over Ethernet. Transports, operating systems, and other location details do not need to be known, decoupling the design and allowing adaptation to performance, scalability, and fault-tolerance requirements.[2]

But the most important advantage of the publish-subscribe approach is decoupling. Since only the data interactions are specified, devices can be upgraded or added without the need to change code and exhaustively retest every configuration. If new data is available on the network, other devices might require additional code to make use of that data, but in practice this is significantly simpler than modifying and testing a large number of specific point-to-point connections.

Decoupling also makes distributed applications highly scalable. Because there are no fragile point-to-point data connections and devices can be added with little or no change to underlying code, expanding the application to include a larger network with more endpoints is simplified.

These design methodologies tend to treat transporting and consuming data as second-class citizens, focusing instead on the step-by-step processes by which devices make computations and produce actionable results. A data-oriented methodology, on the other hand, focuses on the flow of data through the application.

In general, the tenets of data-oriented programming include the following principles:

These and other principles are summarized in Table 1, along with a comparison with object-oriented development tenets.

Data-centric design requires a change in perspective. Rather than conceiving the system primarily as a collection of interacting programs, the system must be first regarded as an information model that supports applications that contribute and use information. Networking middleware enables this view by providing information anonymously and consistently with data delivery properties and (importantly) timing. The OMG Data Distribution Service networking standard is serving as the catalyst for adoption of this approach by many fielded systems including shipboard systems, aircraft, and UAV base stations.

Dr. Stan A. Schneider is the CEO of RTI. His expertise is in architectures and tools for real-time systems. Before RTI, Stan managed a Stanford laboratory’s intelligent mechanical systems, developed communication and computer systems, and researched automotive safety. He holds a PhD in EE/CS from Stanford and an MSEE and BS from the University of Michigan. He can be reached at [email protected] 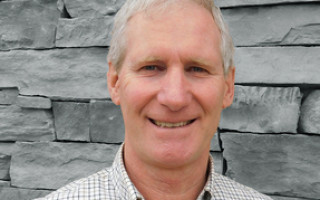 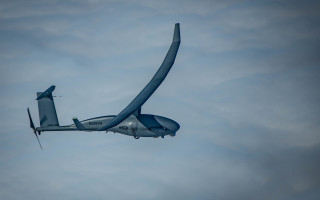