Knowing your exact location, how you got there, and how to get back are luxuries that the military on the move doesn’t always have the option to exercise. The satellite-based Global Positioning System (GPS) – such a staple of modern navigation – is undeniably a technological feat but can become an exploitable weakness when manipulated by an adversary. Technologies designed to operate in GPS-denied environments are being engineered in response to the U.S. Department of Defense’s (DoD’s) need to operate in areas where navigational infrastructures simply cannot exist.

Much to the dismay of a soldier operating in a GPS-denied or -degraded environment, the truth is that most high-accuracy, high-precision navigation occurs within some semblance of infrastructure. Whether that infrastructure is a constellation of satellites, Wi-Fi beacons, or a 4G LTE-powered network, however, such capabilities are often missing on the battlefield.

Even so, most wireless navigation systems by default don’t assume the existence of an adversary. What has proven to be a revolutionary technology in civilian and commercial realms isn’t always designed with the hostile environments that war forges in mind. This reality makes it increasingly more difficult for the armed forces to map a location they weren’t invited to map in the first place.

Long-range, artillery-based approaches to taking out domestic satellites – thus rendering GPS navigation impossible – are undoubtedly hazardous to the U.S. military, but these weapons can at least be tracked. It’s the electronic jamming and spoofing of position, navigation, and timing (PNT) signals that pose a real and relevant threat to critical day-to-day military functions.

To combat these emerging invisible threats to the military’s valuable PNT and GPS data, electronics manufacturers are looking to technologies like onboard sensors and inertial navigation to gradually reduce the Department of Defense’s (DoD’s) dependence on vulnerable mapping systems. Optimizing size, weight, and power (SWaP) for these tools and enabling them with artificial intelligence/machine learning (AI/ML) mean that these electronics are increasingly becoming trusted options.

GPS is a successful capability that’s used widely across defense and consumer spaces, because everyone knows how to use it; this makes the military’s reliance on it difficult to sway. Attractive sensor-based options are being brought to market, however, aimed at minimizing the DoD’s dependence on satellite-powered GPS.

“With the emergence of global threats to GPS driving the need to reduce dependence on a single sensor, new sensor solutions are being leveraged more broadly for navigation,” says Matt Bousselot, technical fellow for PNT Systems at Collins Aerospace (Cedar Rapids, Iowa). “Multisensor navigation systems now routinely include the sensing of non-GPS radio frequency (RF) signals, acceleration, gravity, magnetic fields, imaging, barometric pressure, and even the vibration of a cesium atom. But each sensor type has its own set of limitations.”

Many of these limitations occur at the edge of sensor processing: Without GPS-powered systems to rely on, battlefield-capable technology for position and navigation must operate in a self-contained manner. These sensors are being designed to be successful in GPS-denied environments without getting assistance from external mapping resources and capabilities.

“Half of the problem is in achieving situational understanding, often at the edge sensor or platform itself,” says Sean O’Hara, director of AI and ML at SRC, Inc. (Syracuse, New York.) “The solution for re-establishing navigation and timing may be situational, depending on the local operating environment; how GPS is being denied, degraded, or otherwise affected; and the tactical and strategic resources available to support re-establishment at the edge sensor or platform.” 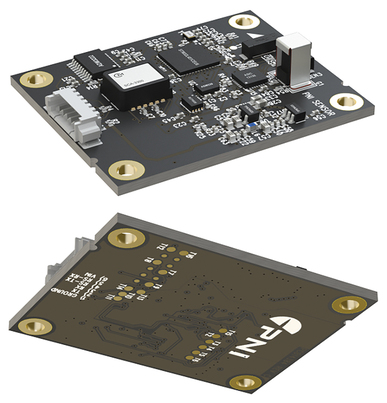 [Figure 1 | PNI Sensor’s TRAX2 is aimed at use in unmanned systems that need accurate orientation while moving (dynamic motion) and can operate in different types of environments.]

“The problem with those systems is that the inertial sensors are highly tuned to the platform’s dynamic characteristics,” says George Hsu, chief technology officer at PNI Sensor (Santa Rosa, California). “Almost all those kinds of platforms are vehicles, so those motion dynamics are relatively easy to model so they work well and can determine location for a long period of time with high accuracy. SWaP concerns aside, those models don’t work on a warfighter because a human doesn’t move in the same way a ship, plane, or vehicle does.” (Figure 2.) 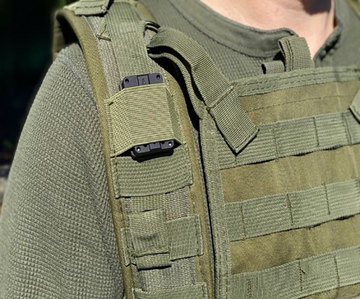 Put simply, the warfighter is a different kind of asset: Not only do they move differently, but there is a higher volume of them than, for instance, a fleet of infantry vehicles. These factors can drive up the cost and the need for SWaP-optimized sensor electronics for navigation.

“Inertial sensors and clocks drift over time, image navigation is challenged over featureless terrain, and non-GPS RF signals can be subject to electronic warfare (EW) attacks just like GPS,” Bousselot says. “It turns out there is no single sensor existing today that can provide the broad capability and performance of GPS without also being subject to similar contested and denied environments. The challenge is to identify a set of sensors with pros and cons that complement each other such that they collectively meet the performance needs and fit within SWaP and cost requirements for the application.”

Bousselot goes on to explain that maintaining low-power solutions, especially when designing soldier-worn applications, is notably difficult because additional capability is a must when mitigating threats and providing navigation for GPS-denied arenas. Essentially, power requirements vary depending on the position and timing mission (Figure 3).

[Figure 3 | SRC’s engineers have developed SDRs to fit a variety of SWaP requirements on various platforms.]

“As a system provider we work with our subsystem suppliers to find low-power solutions for each sensor and processing component in the design,” Bousselot says. “When possible, we use system-on-chip technologies to leverage hard cells and ­firmware for functions that would consume more power if implemented as software functions. At the system level, we design power supplies customized to the application with a focus on improving efficiency, reducing conversion power loss, and developing advanced power-saving software algorithms.”

Pulling from commercial technology is another method through which electronics manufacturers are attempting to develop more SWaP-optimized navigational sensors for defense. Consumer- and automotive-grade inertial sensors are already designed with SWaP in mind – they just need to be customized to better fit military mission objectives.

“We take the best of the existing low-SWaP sensors and try to make them overperform for this type of application,” Hsu says. “We’re taking consumer MEMS [microelectromechanical systems], gyros, and accelerometers and trying to make them work like a tactical or navigation-grade gyro. That’s hard to do on its own, so then we add our proprietary magnetic sensor and that kind of balances the errors that you would see using a low-performance gyro.”

This approach does have its drawbacks: Magnetic sensors can be very susceptible to interference from certain materials, including steel. Hsu suggests that AI could be beneficial in gathering reference bearings by using algorithms to determine whether the magnetic field has been compromised. According to some experts, this is just one of the many ways AI could supplement GPS-denied operations.

“Machine intelligence plays a key role in addressing these challenges,” SRC’s O’Hara says. “The first area of support is in deep, or high-dimensional, sensing to assist with situational understanding. This involves using deep learning approaches across multiple sensing domains like radio frequency, computer vision domain, and others to assist in determining the current state. This state typically consists of an estimate of where the platform or sensor is, and an estimate of what context the current operational environment is in.”

O’Hara adds that AI could even aid in assessing operational context by selecting actions to fine-tune the capabilities of the sensor, depending on the environment. When the sensor being used isn’t necessarily designed for human motion, identifying specific movements could also be better enabled using AI algorithms.

“When you’re trying to do inertial-based navigation, you’re trying to record every motion that they make to see if it’s a motion that moved them from one point to another,” Hsu says. “And you have to try to suppress all of the motions that they are engaging in that are non-movement-based motions. And that kind of decision-making is well-suited for AI – a good solution for movement classification like walking, crawling, and other kinds of motions.”

When looking at this type of AI-powered sensor from a signal-processing standpoint, the nonlinear approach could be ideal for transient events like that of GPS-denied navigation. It’s safe to say that adaptable cognitive sensing will be a requisite step in the evolution of deeper situational understanding in degraded environments.

Potential next steps in sensor navigation

“We will continue to see more powerful machine intelligence-enabled sensing capabilities emerge and eventually become ubiquitous,” O’Hara says. “High dimensional sensing and sensor processing are quickly becoming the norm, and they offer significant improvements in the estimation of both state and context. These deep-sensing approaches are further enhanced by making the sensors themselves achieve greater levels of autonomy.”

Achieving that autonomy seems to have influenced significant aspects of sensor-navigation innovation. When a capability as ubiquitous as GPS fails, it is paramount to the warfighter to know that the employed failsafe will get them where they need to go safely and accurately (Figure 4). 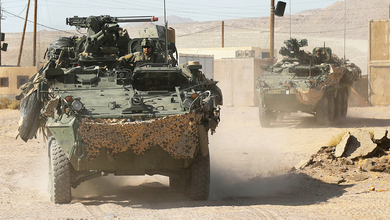 “If you really break down the solution to this problem as being a fully self-contained navigation device for the dismounted soldier,” Hsu says, “then what’s going to happen is as that technology improves, the multidomain command center will recognize the accuracy of the sensors and will hopefully have that decision-making layer to realize that every dismounted soldier is a sensor that can be used to help map out the situation on the ground.”

In scenarios where any and all communications capabilities could be challenged or weaponized, these technologies may aid the military in becoming its own infrastructure within a more connected battlespace. While GPS-denied navigation advancements aren’t intended to replace the capability altogether, these sensor technologies are successfully augmenting networking, communications, and mapping for the warfighter.

“Of course, no one can predict the future, but one application that I am excited about is the use of A-PNT [assured position, navigation, and timing] sensors across mesh networks to provide capability for constrained platforms that can’t host the full A-PNT hardware suite,” Bousselot says. “Such platforms include UAVs [unmanned aerial vehicles], ALEs [air-launched effects], or robotic applications. In addition, the widespread proliferation of adaptive array technologies for GNSS [global navigation satellite system] and LEO [low Earth orbit] satnav sensors along with more accurate, low-SWaP inertial and clock sensors have the potential to make a real impact on global mission effectiveness.”