The relative and the absolute: A MOSA path to complementary position, navigation, and time information for GPS 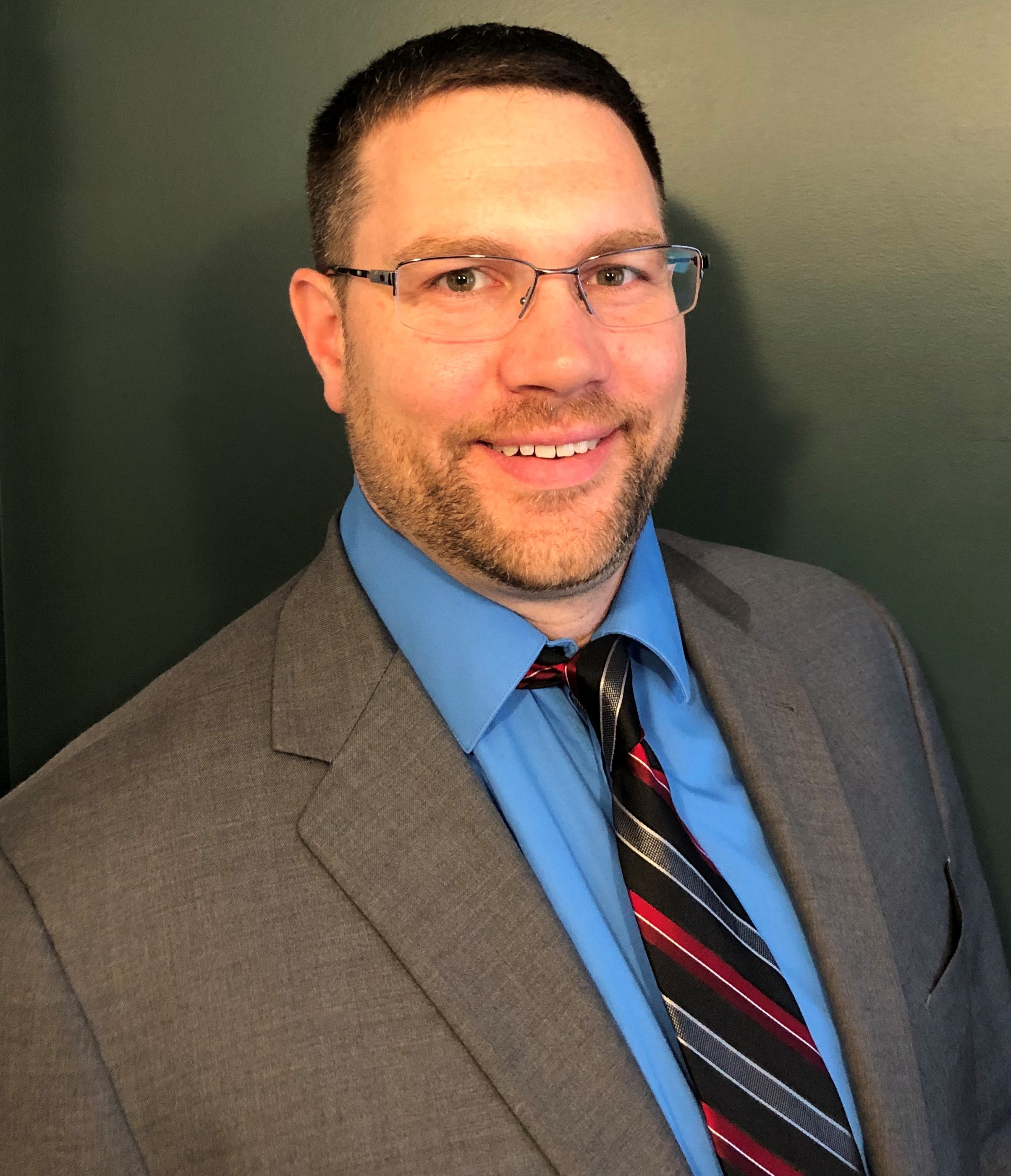 The use of a modular open systems approach (MOSA) will benefit the effort to integrate alternative position, navigation, and timing (PNT) technologies into platforms. In addition, a MOSA can increase competition and innovation while reducing the use and associated costs of proprietary systems.

The U.S. military has become increasingly dependent on data provided by GPS satellites. The GPS constellation consists of 31 medium-Earth orbit satellites that provide the military with its primary source of position, navigation and timing (PNT) information. PNT data is used to determine location, ascertain orientation, and plan routes, while enabling the fusion of intelligence, surveillance, and reconnaissance (ISR) data. Beginning in the 1970s, the Navy was the first to use GPS; later, during the Persian Gulf War in 1991, GPS use was expanded to ground vehicles. Today, it’s estimated the Army has 500,000 GPS receivers in use.

With such a valuable system in place, it is not surprising that GPS is under threat. In 2020, a congressional defense task force reported that GPS could be a single point of failure for the U.S. military. Adversaries are actively developing electronic warfare (EW) capabilities, such as GPS jammers and spoofers, as well as ground-based antisatellite weapons. Access to continual GPS data requires a clear line of sight between the platform and the satellites, which is not always possible in urban combat situations. The U.S. Department of Defense (DoD) recognizes the threat posed by the possible loss of this critical battlefield infrastructure. Consequently, the Pentagon is now upgrading the GPS system: Under the GPS III program, the U.S. Space Force is developing and deploying new satellites that use M-Code, a stronger military navigation signal that gives users superior capabilities including better defense against jamming.

A U.S. Government Accountability Office (GAO) technology assessment, “Defense Navigation Capabilities,” published in May 2021, determined that “a variety of solutions are required to provide PNT information across all DoD platforms. To that end, DoD’s approach is to develop a range of alternative PNT sources, with a focus on complementary GPS.” DoD is actively looking at additional technologies that can be used to verify or complement GPS data when it is denied or reduced by adversaries or environmental conditions.

Alternative GPS sources work together, whether GPS information is denied or not, to verify the accuracy of all available PNT data sources and to consolidate known true PNT information in case one of the sources is unavailable or untrusted.

The two main types of complementary PNT information are relative PNT and absolute PNT. Relative PNT uses on-platform sensors, such as inertial sensors and chip-scale atomic and/or optical clocks. In the absence of an external signal these sensors can determine a platform’s location and provide accurate time. The second type – absolute PNT – uses information from external sources, such as celestial (stars and satellites) and magnetic navigation, image analysis (landmarks and terrain), and/or signals of interest like low radio frequencies or low Earth orbit (LEO) satellites to determine a platform’s position. Relative and absolute PNT technologies can be used in combination to complement each other and increase the resilience of the resulting information. (Figure 1.) 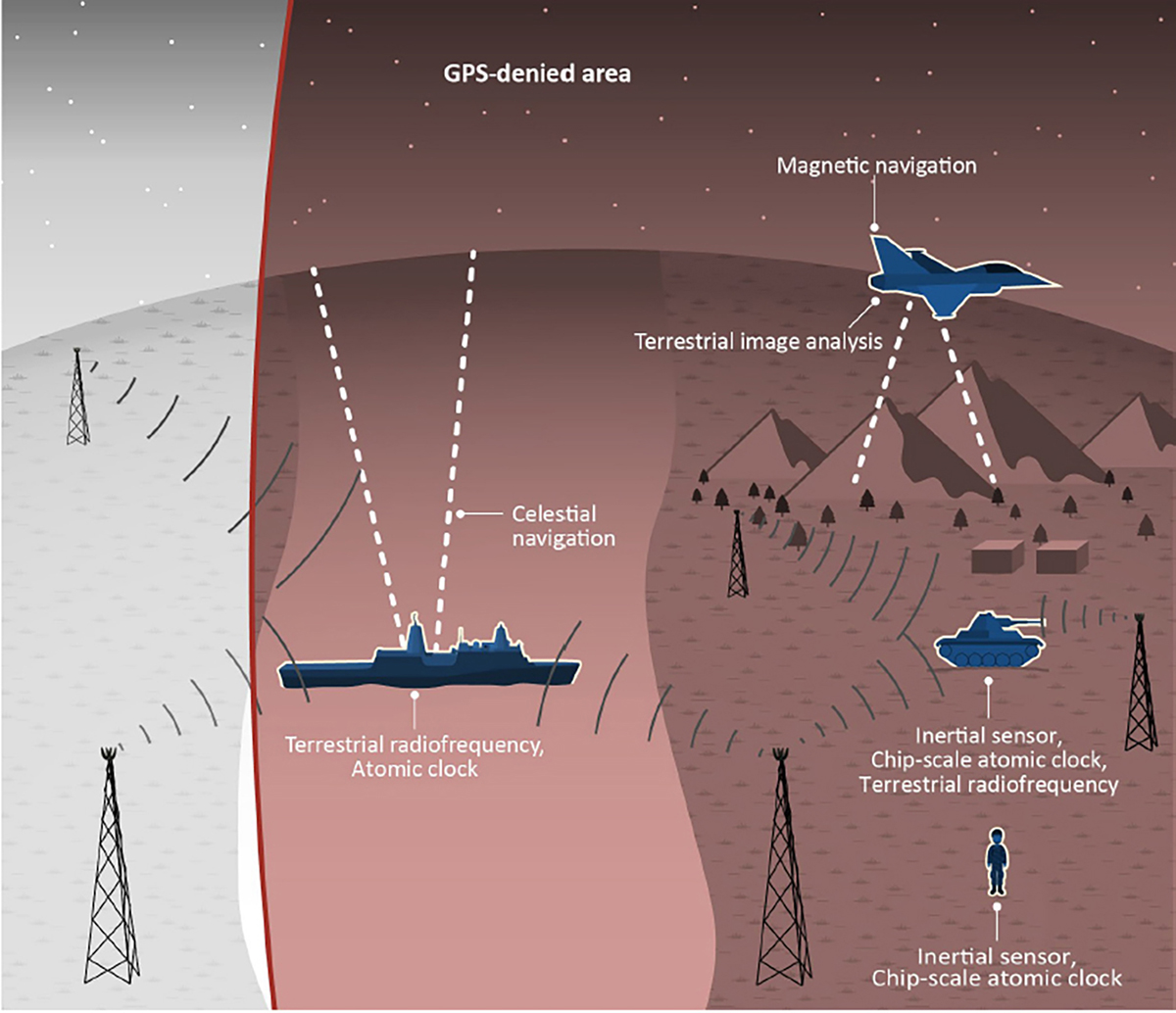 The MOSA path to Complementary PNT

In order to speed the deployment and reduce the cost of new PNT capabilities, the DoD is seeking to implement the modular open systems approach (MOSA). MOSA is not a standard, but rather an acquisition and design policy that prioritizes the use of open standards-based technology. The benefits of MOSA include:

According to the GAO, the Army and Navy have both developed MOSA-based PNT reference architectures, and the Air Force is beginning to develop its own. The Army is expected to propose a DoD-wide MOSA PNT reference architecture that will standardize common elements across the different services’ PNT reference architectures. The Army PNT Reference Archi­tec­ture, as cited in “Defense Navigation Capabilities,” defines PNT Information with Assurance as “trustworthy PNT information that has been developed via access to one or more independent sources, depending upon PNT threat conditions.” The Army initiative will create PNT interface standards and develop reference PNT module hardware to enable rapid, agile, and affordable integration of new capabilities. The Air Force initiative is focused on non-GPS time dissemination to mobile platforms and aims to develop ways to enable all communications systems to distribute time from one platform to another.

Key to both PNT reference architectures is the use of interface standards, with one example that of leveraging an open interface standard for the communication of PNT information such as the All-Source Positioning and Navigation (ASPN) standard developed by DARPA [Defense Advanced Research Projects Agency].

The use of a MOSA will bring many benefits to the effort to integrate alternative PNT technologies into platforms. In addition, a MOSA can increase competition and innovation while reducing the use and associated costs of proprietary systems. In fact, the use of a MOSA is now mandated by law: 2110 U.S.C. § 2446a requires that the DoD’s major defense acquisition programs be designed and developed, to the maximum extent practicable, using a MOSA that, among other things, employs a modular design that uses major system interfaces between a major system platform and a major system component or between major system components.

Examples of open standards that satisfy the mandate for MOSA include the Army efforts VICTORY and CMOSS: VICTORY is the Vehicle Integration for C4ISR/EW Interoperability initiative that includes an open architecture that will allow platforms to accept future technologies without the need for significant redesign; CMOSS is the C5ISR/EW Modular Open Suite of Standards, a MOSA that combines into a single system such capabilities as mission command, movement, maneuver, and fires.

The GAO report suggests that, while DoD currently oversees the definition of PNT service reference architectures and interface standards, these architectures and standards “could be governed and sustained with consortia composed of both government and industry.” The report points to The Open Group’s Sensor Open Systems Architecture (SOSA) Consortium as an example of a government, industry, and academic alliance for developing an open technical standard used in military and commercial sensor systems.

To help drive MOSA-based PNT activities, the GAO report calls on policymakers to consider making the open architecture initiative more permanent, and to provide appropriate funding. It concludes that, with appropriate resources, “DoD’s open architecture initiative has the potential to greatly reduce integration costs and time for all PNT technologies.” The GAO identifies a number of benefits resulting from open architecture PNT, including enabling DoD to keep ahead of evolving threats to PNT, because a MOSA would make it easier to field new alternative PNT technologies.

Jason DeChiaro is a system architect at Curtiss-Wright whose responsibilities include supporting customers in architecting deployable VPX systems including CMOSS/SOSA compliant designs. Jason has more than 15 years of experience in the defense industry supporting the U.S. Air Force, U.S. Army, and U.S. Navy and the IC community. He received his electrical engineering degree, with distinction, from WPI.