Cloud-computing models provide an edge on the connected battlefield

The ability to collect and analyze data from radar; intelligence, surveillance, and reconnaissance (ISR); electronic warfare (EW); and other sensors at the edge can offer the U.S. military a decisive advantage on the battlefield. Yet resource and operational constraints continue to stand in the way. Applying cloud-native models can help overcome these constraints and improve decision-making while in theater.

In the thick of battle, information can be just as useful as a tank, fighter jet, or sub­marine. The ability to perform real-time data analysis and processing at the edge of data generated by intelligence, surveillance, and reconnaissance (ISR) and radar sensors or signals tracked by electronic warfare (EW) systems can provide the U.S. military with immediate actionable intelligence that can change the trajectory of a skirmish.

The importance of data processing at the edge is underscored by various ambitious programs currently being deployed. The U.S. Army’s Digital Soldier program, for instance, arms troops on the ground with sensors used to capture vital bits of information. Meanwhile, the U.S. Navy announced in 2020 its intentions to install a ship-mounted cloud computing architecture on carriers and submarines to facilitate edge computing while at sea.

Yet despite these use cases, resource and operational constraints continue to keep edge computing from reaching its true potential on the battlefield. Smaller hardware form factors can inhibit computational capabilities at the edge, while harsh and remote environments can cause connectivity and latency issues. Meanwhile, combat troops are being asked to serve as on-the-spot IT professionals, maintaining edge devices, dealing with software, and patching security holes – activities that distract them from their core missions.

The same cloud-native methodologies, technologies, and development concepts that work well in the enterprise space can be applied to the theater of war to address these limitations and improve soldiers’ abilities to “observe, orient, decide and act” (the OODA loop). (Figure 1.) 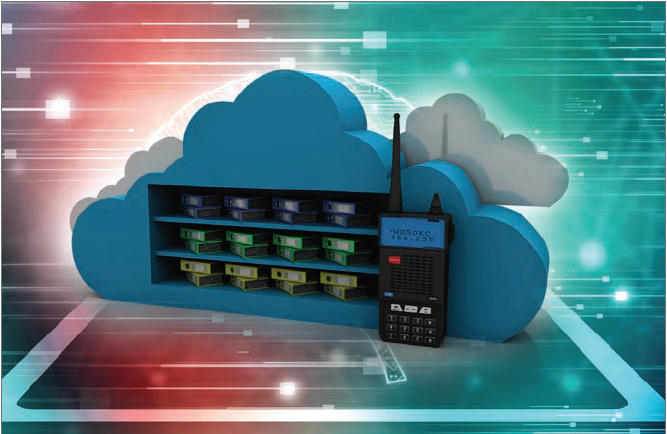 [Figure 1 | Cloud-computing concepts can be applied in-theater to improve soldiers’ ability to participate in the “OODA loop” – observe, orient, decide, and act.]

Traditionally, intensive data processing has taken place in centralized data centers, but that’s changed: Instead of the once-traditional data center dichotomy – a core data center versus a remote edge environment – there are now degrees of cloudiness. Large workloads can be split up, enabling some data to be shipped to the cloud while the rest is processed at the edge. Processing small amounts of data at the edge can lead to quicker results and circumvent latency issues, thereby speeding the data back to a central data center.

Other core pillars of cloud computing can be used to make management of edge devices and processing easier and more efficient. Automating the updating and maintenance of sensors can prevent combat troops from having to become IT managers, while agile development method­ologies like systems thinking can help teams holistically manage distributed infrastructures.

Let’s take a closer look at how military units can use cloud computing paradigms to overcome constraints and create more effective and secure edge deployments.

Troops on the move need easily portable hardware that meets unique size, weight, and power (SWaP) requirements, as users need to easily transport devices and place them in the backs of their Humvees, in a backpack, or on a drone or satellite. Unfortunately, smaller devices tend to have limited compute capabilities and may not have the capacity to perform rapid, large-scale data processing at the source.

Moreover, communications and connectivity in the field can be unreliable, as latency issues and intermittent disconnections can limit communications between the field and a central data center. Troops must be able to shrink data transfers to accommodate for poor or limited connections.

The ability to split the processing capabilities is essential to use in the field. For example, troops can send non-time-sensitive data collected by remote sensors back to the core data center for deeper processing and in-depth AI simulations. Smaller pieces of data pertaining to critical, time-sensitive actions can be processed on the device itself, minimizing consumption and staying within the device’s processing capabilities. Reducing data transfers also helps avoid latency or bandwidth concerns, since there’s less data to transmit.

Consider video taken from a surveillance camera at the edge. Such a device can assist in helping soldiers decide whether they need to take action on the ground or if they should instead ship frames to the cloud or an external remote system for further processing.

Workloads can also be reduced, and latency issues overcome, by using other edge sensors on the network. In this example, a CONUS [continental United States]-based cloud could perform a data fusion by comparing the information it’s collected with data from cellphone signals. These combined data points can help paint a more accurate picture of a potential person of interest, for example, all while putting minimal strain on the compute capabilities of each edge device.

This effort reflects one of the primary benefits of cloud-native technologies and development approaches: the ability to slice and dice workloads and move them around as necessary. Already, cloud native applications use microservices as a way to allow adaptability. The same paradigms can be used by edge workloads and data operating in a service mesh to move between the edge and core clouds.

Maintaining and managing a widely distributed Internet of Battlefield Things (IoBT) is a tall task for the military. Many soldiers may not have the training required to maintain or fix these devices in the event of failure. They may even lack access to them in the first place. Exacerbating maintenance and repair challenges: The fact that the devices are often deployed in wide sets, yet are also spread apart, work independently of each other, and are of different generations and versions.

Traditional military IT systems in the field are often deployed to serve a single mission capability, and sometimes even travel with support personnel to ensure it is operating correctly. Tactical edge devices will need to serve multiple capabilities and do so without the benefit of support personnel, all while being secure, failure-resilient, and reliable enough to work on the battlefields of today. When built on software-defined services they are easier to update, redeploy, change functionality, and more; edge devices built in this fashion will be able to meet the rapidly changing needs of the kinetic battlefield.

However, their cloud-like features add complexity and can make maintenance and security even more challenging. An unpatched edge device may harbor vulnerabilities that make it easier for adversaries to gain a foothold into the network and wreak havoc through a distributed denial of service (DDoS) attack or other tactic.

Automating the provisioning, management, and orchestration of the software used by these devices removes from the warfighters’ responsibility the need to maintain and update that software. Thousands of networked devices can be automatically managed as if they were part of a centralized IT system, a move that vastly reduces the complexity associated with managing a wide array of edge devices. It also enables troops to focus on the mission with the assurance that the devices have the latest security updates and will continue working effectively.

This is a form of systems thinking, where teams consider not just components of a system, but the system as a whole. This can be particularly effective when managing a widely distributed network of edge devices. Although these devices often operate independently of one another, they’re still part of a larger network and should not be considered in isolation. Instead, warfighters should always consider the larger system and different devices working together to capture and analyze data.

Drone swarms are a good example. Instead of a single aircraft flying 50,000 feet in the air, a military unit may have a large network of drones flying at lower altitudes, each collecting snippets of vital information. Drones can capture data individually yet share and fuse data collectively, giving troops more resilient and complete intelligence than they would have otherwise garnered through an AWACS system on a single, vulnerable aircraft.

A strategic and tactical advantage at the edge

Being able to derive actionable intelligence that enables split-second decision making is critical in a dynamic battlefield environment. Edge computing is critical to this mission, but limitations stand in the way, keeping the IoBT from reaching its fullest potential. Applying cloud computing architectures, technologies and methodologies to edge computing used in-theater can make it easier to maintain and make use of a widely distributed edge network with strong security capabilities. U.S. military personnel can benefit from real-time data processing that can offer them strategic and tactical advantages. 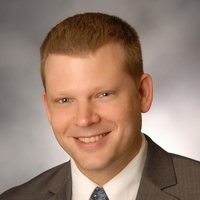 Mike Epley is a Chief Architect at Red Hat, where he guides the Department of Defense and other government agencies on their open source software needs. Previously, Mike was a senior software engineer at Lockheed Martin. He can be reached at [email protected].