In the world of defense-grade FPGA [field-programmable gate array] devices, solder column attachment is the weakest link in the assembly process. Today, 90% of America’s FPGA device makers rely on a single subcontractor to attach solder columns, creating a potential supply chain vulnerability. The problem can be solved by engaging multiple subcontractors already established throughout North America. Device makers just need to qualify these alternative subcontractors in order to assure sustainability and resiliency of the defense-grade FPGA supply.

Manufacturing resiliency and sustainability of defense-grade and radiation-hardened (rad-hard) FPGAs [field-programmable gate arrays] are vital to U.S. and allied national security. FPGA devices keep defense systems operational and warfighters flying. Peace across the globe going forward may ultimately depend upon military preparedness and readiness to respond to global threats.

A sudden surge in demand for defense-grade FPGA devices would put intense pressure on the industry to meet such a challenge. One unplanned disruption in manufacturing capability could bring the supply chain to a halt, causing downstream customers to wait for deliveries of FPGA components.

Nine of the 10 U.S. device makers rely on a single subcontractor to attach solder columns as a final production step in the manufacturing of defense-grade FPGAs and application-specific integrated circuits (ASICs), according to data published by the Defense Logistics Agency (DLA) in the Qualified Manufacturer List (QML-38535).

By 2025, an estimated 80,000 ruggedized ceramic packaged FPGA and ASIC devices will be produced annually, all of which require solder columns. An additional 50,000 high pin-count system-in-package (SiP) devices used for 5G, artificial intelligence (AI), 2D/3D packages, and large-scale silicon antennas will also require columns. No single subcontractor currently has the throughput to attach columns to all of these components. (Figure 1.)

[Figure 1 | Usage of columns expected to rise due to packages for new applications with larger number of columns per package.]

As of summer 2021, column attachment services were provided by just one qualified subcontractor for 90% of the industry’s FPGA makers. However, this scenario does not support a sustainable and resilient manufacturing environment.

While ruggedized FPGA components are uniquely vital to the stability of the defense and aerospace industry, this low-volume production is miniscule when compared to standard commercial off-the-shelf (COTS) devices which are annually produced by the billions.

The value that defense-grade components bring to a FPGA maker’s overall bottom line is trivial when compared to other sources of revenue. As such, FPGA makers are reluctant to incur additional costs to qualify alternative subcontractors for column attachment.

How will the defense and aerospace market be assured of a stable supply of FPGA devices with solder columns five years from now? Or even 20 years from now?

Uninterrupted continuation of the supply of defense-grade FPGA with solder columns must not be taken for granted. The supply chain can suddenly face interruption due to events that could include natural disasters (earthquake, flood, fire), a breakdown of essential manufacturing equipment, or the loss of key personnel due to retirement, death or incapacity. Threats to business continuity can turn existential should a hostile foreign entity acquire the nation’s current qualified subcontractor that performs 90% of solder column attachment for the industry. Even a facility relocation can result in the loss of QML status, pending requalification.

Ruggedized ceramic package FPGA components for defense and aerospace require solder columns rather than solder balls as a critical subcomponent in the final assembly of FPGA packages. Solder columns – which extend the FPGA device life in harsh environments for critical missions – also reduce stress between the FPGA and the printed circuit board (PCB) caused by mismatching materials with inherently different coefficient of thermal expansion (CTE) properties.

Many makers of FPGA components operate under a cost-effective business model of “fabless manufacturing.” While the intellectual property of the silicon die (wafer) may be proprietary to a specific FPGA maker, most if not all of the package assembly is performed by independent subcontractors under the control of the fabless FPGA maker.

A straightforward approach to mitigating risk could actually be achieved: FPGA makers could immediately qualify multiple domestic subcontractors that already have capability and experience to attach solder columns to FPGA and ASIC devices.

It could take more than 24 months for FPGA makers to qualify each additional subcontractor, who must undergo meticulous examination and certification by DLA for column attachment services on defense-grade FPGA components.

The U.S. Department of Defense (DoD) published a report in 2018 called “Assessing and Strengthening the Manufacturing and Defense Industrial Base and Supply Chain Resiliency of the United States,” which remarkably identified risks that threaten America’s manufacturing and defense industrial base. The report described ten “risk archetypes” that contribute to weaknesses in the supply chain: 1) sole source, 2) single source, 3) fragile supplier, 4) fragile market, 5) capacity-constrained supply market, 6) foreign dependency, 7) diminishing manufacturing sources and material shortages, 8) gap in the U.S.-based human capital, 9) erosion of U.S.-based infrastructure, and 10) product security. It could be argued that the industry’s dependency on a single-source supplier of column attachment services meets the criteria for most of these risk archetypes.

One need only recall when, in 2013, the supply chain suffered a painful halt in deliveries of defense-grade FPGA devices after IBM declared its intention to exit the ceramic column grid array (CCGA) business. For more than a decade, IBM had played a vital role as the primary fabricator for many fabless makers of FPGA devices, most notably Xilinx. After IBM issued an end-of-life announcement, its entire world-class column attachment production line was taken out of service and sat idle in crates for five years before being redeployed by a licensee. As a result of IBM’s withdrawal from the market, Xilinx was forced to move production of rugged FPGA packages to Kyocera and to select Silicon Valley-based Six-Sigma as the sole-source subcontractor to perform column attachment services. Xilinx, which was acquired by AMD in 2020, provides roughly half of the current volume of defense-grade and rad-hard FPGA devices.

Mitigating risk by qualifying additional vendors to perform solder column attachment is straightforward, and realistic. Best practice is to qualify one or more alternative suppliers as a hedge in case the current sole-source supplier fails to meet production needs. Fortunately, alternative subcontractors with experience to provide column attachment services already exist. For example, VPT Components and Micross Components have experience attaching solder columns. Additional subcontractors – including Golden Altos, Silitronics, BGA Test and Technology and others – are developing plans to provide column attachment services in the future. These alternative subcontractors can be thought of as a national resource which can be harnessed for the benefit of the aerospace and defense industries. For its part, TopLine manufactures copper wrapped Pb80/Sn20 solder columns at its facility in Orange County, California and also makes a turnkey family of tooling to attach columns to FPGA packages.

The first step in qualifying additional providers of column attachment services involves requiring the new subcontractors to prove their capabilities in conformance with the latest revision of MIL-STD-883, Test Method 2009, Section 3.3.6. As part of that process, typically, the FPGA maker provides functional devices or daisy-chain mechanical packages to the subcontractor, who then attaches solder columns. The packages need to meet the QML-38535 quality requirements, post-column attach, specified by the FPGA device makers and users. A solder column package destructive lead pull test is also performed according to guidelines established by MIL-STD-883, Test Method 2038, with failures duly recorded. DLA is requested to audit and certify the subcontractor after the FPGA maker is satisfied with quality of the subcontractor.

A variety of unanticipated delays are possible. In March 2020, travel by DLA employees to conduct facility audits was shelved due to COVID-19 restrictions. At present, DLA has not made clear when DLA personnel will resume travel to conduct QML-38535 audits and to certify subcontractors. Assuming Murphy’s Law (in short, anything that can go wrong will go wrong), the qualification process and DLA certification could take 24 months or more to complete. 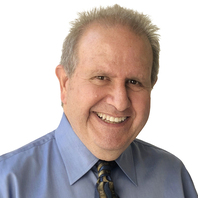 War in Ukraine may drive demand for embedded systems in armored vehicles: report