Hypersonic missile detection and countermeasures depend on persistent sensing

A key part of deterring, defending, and defeating the threat posed by hypersonic missiles will be advanced global and persistent sensing – the ability to detect and track threats through all phases of flight.

The U.S., China, Russia, and possibly even North Korea now have hypersonic weapon capabilities, which means they all need to develop detection and countermeasures.

“Unlike the traditional ballistic missile defense (BMD) system, which was built to defend against ballistic missile threats with a clear and predictable trajectory – akin to throwing a football – the future system architecture must evolve to account for proliferation of unpredictable, survivable, and maneuverable threats that can quickly change course to evade our sensors,” says Erin Kocourek, senior director of Hypersonics Requirements & Capabilities for Raytheon Missiles & Defense (Tucson, Arizona).

Threats today come in the forms of land-based, air-launched, sea-launched, and even submarine-based cruise and ballistic missile threats, including hypersonic missiles. Hypersonics fly at Mach 5 (five times or more than the speed of sound; approximately 3,853 mph) or above within the upper atmosphere, and can maneuver to avoid detection, tracking, and countermeasures.

“Adversary hypersonic missiles are exo-atmospheric maneuvering glide vehicles and can be launched from anywhere,” Kocourek says. “To deter, defend, and defeat the threat, we need advanced global and persistent sensing – the ability to detect and track threats through all phases of flight – from boost to midcourse and through the terminal phase of flight.”

One key strategy, she points out, will be getting eyes on the threat through a distributed sensing architecture of networked sensors to enable full-track custody, data fusion, low latency, and incorporating artificial intelligence (AI) and machine learning (ML) for more timely decision-making capabilities.

“Networked and distributed sensors from space to ground will create an improved threat picture,” she explains. “We need to remain focused on the command and control (C2) capability that will enable execution of this advanced mission. A Joint All-Domain Command and Control (JADC2) type of capability is required for multidomain sensing.”

Raytheon Missile & Defense’s modern sensors are being built to execute the mission objectives of JADC2. “Our software-defined apertures, as we’re calling modern sensors, can perform multiple missions near-simultaneously within any domain,” Kocourek says. “That means the hardware is ready to accommodate distributed sensing and multiple missions to tie sensors to shooters.”

New and emerging threats “demand a systems-of-systems approach that expands our understanding of the full-spectrum threat so we can develop full-spectrum counters that are agile, adaptive, predictive, and effective,” she continues. “We must understand every aspect of the adversary missile threat, including logistics of deploying the launch systems, launch capability/capacity and location, C2, decision-making calculus, and of course the signatures and capability of the missiles themselves.”

This approach will require an architecture of distributed sensors networked together – including those looking at data in cyberspace, space, subsurface, air, land, and sea.

“Enhancing this network of distributed sensors with AI and ML could enable more timely detection, association, prediction, and tracking of adversary actions – expanding the battlespace and enabling more time to maneuver and make informed decisions,” Kocourek says. “This global persistent awareness enables attribution of actions to adversaries, which supports deterrence.”

Raytheon Missiles & Defense produces the U.S. Navy’s SPY-6 family of radars – the most powerful radars being integrated into the fleet – that can detect and track hypersonics. SPY-6 will be the centerpiece of the Navy’s new Arleigh Burke Flight III destroyers, and is slated to be installed or backfitted into seven types of ships.

In December 2021, Raytheon announced Aegis Light Off with SPY-6 (V) 1 was achieved on the first of the Flight IIIs, the future USS Jack H. Lucas (DDG 125).

Raytheon Missiles & Defense is building a radar for the U.S. Army known as the Lower-Tier Air and Missile Defense Sensor (LTAMDS). The name of the radar it’s building for the U.S. Army’s Lower-Tier Air and Missile Defense Sensor Program is “GhostEye.” When the first LTAMDS are delivered to the Army later in 2022 for testing, these will be the latest-generation air and missile-defense radars, providing capability against proliferating and increasing threats, such as high-speed maneuvering threats. (Figure 1.) 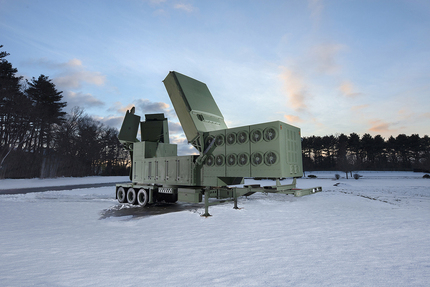 [Figure 1 | The Army is looking to field a new Lower Tier Air and Missile Defense Sensor (LTAMDS) by fiscal year 2022. The new IBCS [Integrated Battle Command System]-networked device is designed to provide the Army with a 360-degree view of the battlespace. The LTAMDS also aims to defeat advanced threats, to include hypersonic weapons. (Photo courtesy of Raytheon.)]

As you can imagine, fitting a lot of technologies into a small package is a challenge. “Think of how smart devices have changed our lives,” Kocourek notes. “They couple cameras, phones, web services, messaging, etc., into one small device. We’re doing the same with hypersonic weapons to change the way we address the threat.”

The main technology hurdles for developing hypersonics center around operationalizing it. The technology itself has existed for decades, but it’s expensive and it didn’t necessarily make sense to pursue it in the past.

“About 10 years ago, our peers made a dedicated push to develop the technology. And the last couple of years we’ve seen the results in their hypersonic flight testing, which are stunning. The Chinese have tested hundreds of hypersonic missiles,” she adds. “They have funded tens of thousands of advanced degrees within the discipline, while the U.S. continues to be challenged with developing our STEM/engineering workforce in numbers. The U.S. testing is a fraction of that of our peers. We must increase testing and quickly move toward full rate production.”

The U.S. is learning a lot from other countries’ missile tests and working to close that gap. These efforts include investing in digital engineering to speed innovation plus leveraging digital engineering to create models and simulations of the kill chain to demonstrate the value of advancing the entire layered system of terrestrial sensors, C2, and space sensors and effectors to detect and engage advanced threats.

The design and development of hypersonic technologies demands investment in new infrastructure and people with skillsets ranging from high-speed flight engineering to digital tech and mathematics.

“We also invest in training to ensure our workforce is at the cutting edge of R&D and innovation – working with a wide network of universities, industry peers, allied countries, and the U.S. administration to advance the science behind hypersonic technologies,” she says. “By working together, we can share knowledge, funding, infrastructure, and human resources needed to address current and future global threats. More synergies, funding in STEM education, and research partnerships are needed to advance hypersonic capability.”

Operationalizing advanced technology – taking technology out of labs and delivering it to the warfighter – “is cool, and what’s even cooler is the pride and sense of accomplishment you see in the eyes of the people working on this mission,” Kocourek says.

During the initial successful flight test of a hypersonic airbreathing weapon concept (HAWC) in September 2021, “there were no words to describe the comradery, excitement, and drive to keep going. It was like a ‘landing on the moon’ moment,” she adds. “Seeing people want to come together every day to solve hard problems with a shared purpose is cool … to say the least.

It is more than inspiring. It drives action and positive momentum toward something far greater than any individual – making history is cool.”

This fact makes it critical for the U.S. and allies to continue to innovate in breakthrough hypersonic technologies to maintain a strong force-projection capability against current and future global threats.

“The U.S. is committed to accelerating the fielding of hypersonic systems,” Kocourek notes. “This is evident by the ongoing bipartisan support and associated budget to continue hypersonic research, development, and testing. We’ve had hypersonic technology for decades, and we’re now focused on the development and are ramping up our testing frequency.”

The 2022 budget request for hypersonic research shows that the government is serious: The U.S. Department of Defense request was $3.8 billion.