LONDON. The global electronic warfare (EW) market -- valued at more than $13 billion in 2017 -- will grow at a combined annual growth rate of more than 2.6 percent to be worth $17.7 billion by 2027, according to a forecast by analysts at Strategic Defence Intelligence.

The forecast -- "The Global Electronic Warfare Market 2017-2027" -- breaks down the global EW market into three segments: electronic protection, electronic attack, and electronic warfare support. The largest share in the global EW market over the next 10 years will  be taken by electronic protection systems, which will account for an estimated 59 percent piece of the EW market during the forecast period. The next largest share will be occupied by EW support systems, which are projected to garner a share of more than 30 percent of the global market during the time frame, with the remainder of about 9 percent of the market being electronic attack systems.

The electronic protection segment is expected to capture the largest share of spending over the forecast period, says the study, in part because the importance of using the electromagnetic spectrum is rapidly mounting in the modern battlespace. As users depend on cyberspace more heavily for EW command and control functions, the electromagnetic spectrum becomes increasingly vulnerable to the emerging domains of electronic and cyber warfare; this, in turn, has led to the growing need for advanced electronic protection and countermeasure systems across the world. 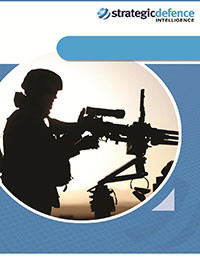