When Intel's Sandy Bridge microarchitecture hit the Core processor family in January 2011, the personal computer market was rocked to its core. 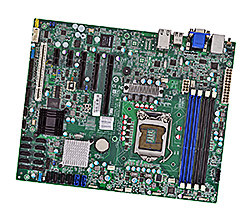 When Intel’s Sandy Bridge microarchitecture hit the Core processor family in January 2011, the personal computer market was rocked to its … core. The performance numbers were so sensational that all other desktop and laptop CPUs looked like last month’s moldy meat. Sandy Bridge also spruced up Intel’s Xeon server line – and the performance/power ratio went through the roof. TYAN, a name probably unfamiliar to our readers, added Xeon E3-1200 sockets to their entry-level servers. Those ATX and Micro ATX form factors might be ideal in many deployed, benign military applications.

Available in two flavors, the S5510 is a Micro ATX motherboard equipped with Xeon socket and an Intel C204 or lower-cost C202 chipset. Depending upon configuration, there are 3 or 4 PCI-E 2.0 x8 slots, 6 SATA ports, and either two or three 1 GbE ports. The ATX-sized S5512 comes in four different versions for rack-optimized server setups. Similar to the S5510, the ’12 has up to 8 SAS ports, four 1 GbE ports, and a management port. Both server versions offer IPMI 2.0 support for out-of-band and remote management. We’re sure some enterprising designer will stuff a Micro ATX server in a rugged chassis, blow some air across it for cooling, and end up with a server that’s 30 percent of the price of a comparable VME or VPX setup. Go ahead: We dare ya. 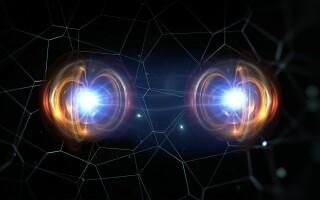