A simple but essential truth about military intelligence, surveillance, and reconnaissance (ISR) applications is that the sensor bandwidth and compute power needed to support them continuously increases. Today, for example, the Sensor Open System Architecture (SOSA) consortium is driving industry for data recorders that can support 100 Gb Ethernet with encryption to support the U.S. Department of Defense (DoD) ISR roadmap.

Until recently, deployed data-storage systems were based on the Serial ATA (SATA) bus interface, which tops out at 3 Gb/s. At that rate, even users who have a RAID design and multiple encryptors wouldn’t reach their desired bandwidth performance. The good news is that although SATA has run out of gas for the highest-performance ISR application requirements, the advent of a new generation of data-storage systems based on high-speed non-volatile memory express (NVMe) protocol can deliver a transmission/storage performance improvement of almost 50% over earlier SATA-based solutions, enabling Type 1 NSA encryption and data storage to reach previously unachievable speeds.

Legacy interfaces, such as SCSI, ATA, and SATA, were originally designed for use with spinning media-based hard drives. Today, using SATA with much faster solid-state drive (SSD) memory creates a system bottleneck. NVMe memory, in contrast, was designed to be used with solid-state media and enables data to be stored at the full read/write speeds of flash memory itself. While previous generations of data recorders had SATA interfaces, or converted PCIe to SATA before it could be stored, today’s state-of-the-art data recorders use NVMe memory to reduce latency and boost bandwidth.

Now, thanks to high-speed Type 1 encryption design and the use of NVMe to eliminate storage interface bottlenecks, system designers can achieve higher rate performance throughout the data-storage system, resulting in a powerful alternative to slower SATA-based legacy cryptographic solutions.

In addition to the new Type 1 encryptor module, the demonstration also showed rugged open architecture OpenVPX modules developed to be aligned with the SOSA Technical Standard, including a security-enabled DSP engine, an Intel Coffee Lake-based single-board computer, and an Ethernet switch.

The demonstration showed that ISR system designers can begin the process of transitioning to PCIe Gen3/NMVe-based architectures to reach previously unreachable encrypted data-storage throughput rates. It also showed that 100 Gb/s performance is no longer “on the horizon” but is achievable right now. 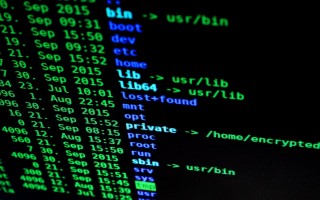