What's up with Intel and AMD? Everyone loses a little as titans collide, especially the mil market

The prestige of having the highest performance mainstream microprocessor is still at stake, but processor giants Intel and AMD seem to be foolishly streamlining their product offerings to focus on winning this epic conquest.

It’s pretty hard lately to miss the sparks between processor giants AMD and Intel, but isn’t this really the same old rivalry? Not really. The prestige of having the highest performance mainstream microprocessor is still at stake, but both companies seem to be foolishly streamlining their product offerings to focus on winning this epic conquest. In the process, a lot of good technology is getting tossed out and the military market is going to suffer some pain. In this non-winnable battle, everyone loses.

I joined Advanced Micro Devices (AMD) in 1984 in the company’s military group and quickly learned that there was bad blood between AMD and Intel. According to Computer Chronicles,  it all started in 1976 when Intel agreed to cross-license the microcode to IT’s iAPX family of microprocessors (8085, 8086, 80x86) and peripherals (8237, 8255, and so on). This was done solely so Intel could provide a second source to its target customers who would soon include IBM – the originator of the first mass market desktop personal computer. At the time, every semiconductor company had its own CPU, and developing market momentum behind one family was essential. You might recall that Fairchild, Motorola, National, Signetics, Texas Instruments, Zilog, and others all had processors in those early 8-bit days, so Intel’s success with the x86 was far from assured.

AMD was little threat at the time, as the company was known simply as a fast follower, mostly selling versions of other companies’ products with the unusual benefit of extended temperature MIL-SPEC versions as “883 For Free.” Throughout my tenure, we routinely groused that Intel was slow to transfer its IP to AMD, thus allegedly keeping AMD at a disadvantage in the marketplace – giving rise to frequent lawsuits between the two companies over the years. By the time the 80386 hit the market in the late ‘80s, AMD began to create its own core microcode and occasionally outmaneuver Intel with higher performance versions. As I recall, AMD’s ’386 wasn’t subject to the famous arithmetic 32-bit multiply instruction that left the high word in the result undefined1. By then, Intel had had enough and soon outdistanced AMD with a new revolutionary-for-the-time Intel Inside branding campaign, better marketing, and typically better CPUs.

Today, most experts agree that AMD has been the undisputed x86 performance leader for the past year or so, constantly turning in benchmarks such as those by EEMBC that surpass Intel. AMD was the first to introduce a 64-bit architecture and twist Microsoft’s arm to create 64-bit versions of Windows XP, and was the first to endorse dual core versions. Intel’s embarrassment has been widely reported – along with the company’s sagging fortunes – despite Intel’s overwhelming success with low-power Pentium M processors and the Centrino chipset that made

Wi-Fi mainstream. With the bragging rights so high, AMD and Intel now seem predisposed to beat the other, regardless of the cost2.
And the cost is terribly high for the non-desktop PC market. In June, Intel sold its ARM10-based Xscale embedded processor line to peripheral chipset maker Marvell, while AMD dumped its still-fresh MIPS-based Alchemy embedded line to Raza Micro. Astoundingly, both of these product families were lightyears ahead of competing embedded offerings in terms of power/performance metrics, and one wonders if they’ll ever re-emerge successfully under their new, less deep-pocketed owners. The market may suffer the pain.

In May, Intel also quietly announced the obsolescence of most of the x86 processors discussed previously. Before the end of 2006, finding ’186, ’386, and ’486 microprocessors is going to be tough, though the company will accept orders until March 2007. Also affected are 8051 variants and i960 embedded processors – all of which are designed into countless military systems. While Silicon Insider analyst Jim Turley reports that the onus was really fab process capabilities, when you couple these actions with Intel’s strategy shifts in telecom equipment and how it appears to be backing away from the ASI-SIG (a version of PCI Express), it’s clear to me that Intel is laser-focused on retaining leading-edge processor bragging rights.

Not to be outdone, AMD just announced the huge $5.4 billion acquisition of GPU supplier ATI Technologies, effectively removing one of the two leading suppliers of graphics chips for the military market. It’s clear to me that Intel’s “integrated” chipset graphics solutions were a threat to AMD’s processor strategy, so it had to add that capability right quick. Only NVIDIA remains as the dominant supplier in high-end graphics processors – a capability critical to military displays and simulation suppliers such as Quantum3D. But soon we’ll have NVIDIA as a sole-source option.

Where’s it going to end? As AMD and Intel shed product lines and business units in their struggle for processor bragging rights, the question becomes this: Is the rest of the market being moved forward by the processors’ new capabilities, or dragged down by the carnage along the way?

1. This gave rise to Intel’s 16-bit only 80386SX – a low-cost variant that set the stage for modern two-tier flavors such as Pentiums and Celerons.

2. As we went to press, benchmarks for Intel’s very latest Core 2 Extreme processor (code named “Conroe”) have become available. According to Loyd Case of Ziff Davis Media’s ExtremeTech.com, the processor is “crazy fast” and blows most AMD benchmarks out of the water. Similar praise is handed out by Wil Harris at bit-tech.net, a highly respected independent benchmarking website. 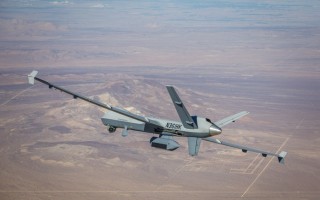