By Mike Macpherson
An industry perspective from Curtiss-Wright Defense Solutions

The U.S. Army’s recent request for proposal (RFP) from industry for its new Optionally Manned Fighting Vehicle (OMFV), the planned replacement for the venerable Bradley Infantry Fighting Vehicle, represents a true milestone for the commercial off-the-shelf (COTS) industry. What makes this ground vehicle a real turning point is the extent to which its design will embrace open standards, as was made very clear during the virtual Industry Day event for OMFV organized by the Army last December.

The Army is telling all suppliers that OMFV “requires a Modular Open Systems Approach (MOSA),” which it states is critical to the long-term success of the vehicle. The argument for implementing MOSA is to “ensure the program can avoid major redesigns or re-architecting” of the vehicle’s systems and subsystems. In addition to helping to evolve requirements and threats, system upgrades and technology insertions, the insistence on MOSA also calls out the need to address obsolescence and avoid vendor lock. This program is another sign of the extent to which the U.S. Department of Defense (DoD) now sees the open-architecture approach, long championed for years by the VME International Trade Association (VITA) and other standards organizations, maturing into a de facto requirement.

The OMFV RFP further builds on the message delivered by the Tri-Services Memo of January 2019, “Modular Open Systems Approaches for our Weapon Systems is a Warfighting Imperative,” in which the secretaries of the Army, Air Force, and Navy all emphatically expressed that “MOSA supporting standards should be included in all requirements, programming and development activities for future weapon system modifications and new start development programs to the maximum extent possible.” What’s more, the mandate for MOSA has been codified into a United States law (Title 10 U.S.C. 2446a.(b), Sec 805) that states all major defense acquisition programs are to be designed and developed using a MOSA. For the community of COTS suppliers that has been at the forefront of delivering modular open systems to the defense and aerospace markets for almost three decades – ever since the introduction of the COTS Initiative introduced in 1994 by then-U.S. Secretary of Defense William Perry – this is all validating support for the vision that has driven us, the investments made, and the evangelistic communication about the benefits that open architectures deliver. These include, but are not limited to, cost reductions and the more rapid fielding of new capabilities to the warfighter.

The Bradley tank is 40 years old. The currently fielded Paladin is based on the original M109 self-propelled howitzer introduced in the early 1960s, during the early part of the Vietnam war. The mandate for MOSA for OMFV recognizes that ground-vehicle platforms tend to have a very long life; consider the B-52 aircraft, flying since World War II with its original airframe, but which stays vital through updates to its avionics and payload systems. (See the Bradley tank, Figure 1.)

MOSA will provide OMFV with the ability to modify computing and network resources, enabling it to keep up with technology, but more importantly letting it keep up with the threat. But the mandate for MOSA won’t just benefit OMFV: The same industry standard principles can benefit other ground vehicle platforms, such as the Armored Multi-Purpose Vehicle (AMPV), Mobile Protected Firepower (MPF), and even the venerable Paladin, because the open systems approach eliminates the need for a large NRE [non-recurring engineering] investment to update the platforms’ infrastructure in order to do a technology refresh.

For COTS suppliers, OMFV – the first new platform to be designed around MOSA – provides the first real opportunity to prove the benefits of the open systems approach as an alternative to the ad hoc replacement of systems.

COTS suppliers who have a broad range of MOSA cards and systems, plus a CMOSS-compliant portfolio, now are well-positioned to support prime contractors and participate in programs like OMFV. We’ve seen the future and it favors COTS vendors who have already invested in a wide range of truly rugged MOSA-based cards that are able to address the various functionalities needed on these next-generation combat vehicles today. 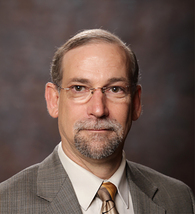 Mike Macpherson is the Vice President of Strategic Planning for Curtiss-Wright Defense Solutions.