Long-range bombers and the kill web

WARFARE EVOLUTION BLOG: In our last article, we examined how U.S. fighter planes fit into the kill web, along with a review of European Union (EU), Russian, and Chinese fighters. And, we looked at some of their flight characteristics and design parameters. Now, it?s time to explore long range heavy bomber aircraft.

Let’s qualify these planes by their range (greater than 3,000 miles) and payload (greater 20,000 lbs of bombs). Only three countries operate such aircraft today: The U.S., Russia, and China. Additionally, there are three new bomber aircraft in design and testing (U.S.: B-21 Raider, Russia: PAK-DA, and China: Xian H-20). I put those in the table below to keep you informed.

Like last time, we'll compare years from design start to deployment, RCS (radar cross section in square meters), wing loading (WL), thrust-to-weight ratio (T/W), number of engines, and the speeds for each aircraft. Many countries load-up their fighter jets with bombs under their wings and call them fighter-bombers or attack planes. I ignore those mutations in this space. Fighter-bombers are tactical. Long range bombers are strategic.

Before I suffer the wrath of aircraft aficionados, let me admit that I excluded the 1960s Russian TU-22 Blinder bomber from the table, although 69 of those planes are still around. It barely meets the 3,000 mile range requirement, depending on tailwinds, and carries a light bomb load. And we don’t know how many of those elderly planes are being cannibalized for parts.

The U.S. has never sold modern heavy bomber aircraft to any country, since they are purely offensive weapons. Russia sold TU-16 bombers to China’s military in 1958, and they reverse-engineered them and built an indigenous version, the Xian H-6. China then sold a few H-6s to Egypt and Iraq, but those were destroyed in recent wars or retired. Russia then sold some TU-22 bombers to Libya and Iraq, but those were damaged or destroyed in wars as well.

It’s interesting to note here that no EU country flies a heavy bomber aircraft today. The last plane they operated in the bomber category was the 1970s Tornado, and we covered that one in the previous article. It’s just an old fighter jet with a few bombs strapped under its wings.

RCS: As you can see, except for the B-2 flying wing, the bombers in the table have the radar cross section of a shopping mall. These planes were designed and built in the 1950s through the 1980s. Traditional aircraft of that period had big fat vertical stabilizers, engine air-intakes that look like tunnel entrances, and lots of flat surfaces for reflecting radar waves. The RCS value for the Chinese H-6 is my guess, since it’s a very old design, and there were no reliable numbers on the web.

The B-2 Spirit design-start was 1979, after a number of studies and experiments on low RCS design techniques. It went into service in 1997 and is the youngster in this crowd. It looks like a bumble bee on enemy radar, not a bomber.

WL: As you would expect, all big bombers have heavy wing loading (weight of the aircraft in pounds, divided by the upper wing surface in square feet). They range from 94 to 167 pounds, since they carry 20 to 50 tons of bombs. One web article says the B-1 bomber WL could be as high as 244 pounds. There is an outstanding anomaly in this column that demands explanation: the B-2 has a WL of 67.3 pounds, about the same as a very nimble fighter jet. That’s because the B-2 is all wing, with an upper wing surface area of 5,140 square feet, and a weight of about 336,000 pounds. Consequently, the B-2 has a small turn radius and a low stall speed. It has some of the flight characteristics of a fighter jet.

Just for your knowledge, the first flying wing aircraft was the Northrop YB-49. It first flew in 1947, had eight jet engines, a WL of 33 pounds per square foot, and a T/W ratio of 0.23. The only combat mission it ever flew was to drop an atomic bomb on Martians invading Southern California, in the 1953 movie "The War Of The Worlds." That was simulated by film editors using Northrop’s test flight footage.

T/W: If you read the previous article, you saw that fighter planes have thrust-to-weight ratios of 0.9 to 1.4. For bombers, T/W ratios barely get to 0.4. Obviously, that’s because they are carrying more ordinance than fighter planes. Bombers are just big dump trucks.

Engines: The older bombers have either eight or four engines (the TU-95 Bear is a propeller-driven plane). The new bomber aircraft designs show only two engines in their conceptual drawings (B-21, PAK-DA, and H-20). That suggests that we might be getting better at designing very powerful jet engines, and those new planes might be smaller than the old bomber aircraft in the table. Both statements are probably true. In artist sketches they are all flying wings like the B-2. They have no vertical stabilizers (reducing drag), and they have their engine air-intakes on the top of the wing (to reduce radar reflections). Stealth is more important to bombers than speed. They only need two engines.

Now is probably a good time to bring-up engine bypass ratios (BPR). That’s the ratio of the mass of air going around the engine core, inside the cowling, compared to the mass of air going into the engine combustion chamber. The higher the bypass ratio, the more fuel-efficient the engine. The F-15 and F-16 engines have a BPR of 0.36:1. Fighter jets don’t worry much about fuel efficiency or range. They need the thrust to fly at supersonic speeds, maneuver, hit enemy targets, and return home. Long range bomber engines, on the other hand, have BPRs of 2:1 or more. That extends their range through better fuel efficiency. For comparison, the Boeing 787 Dreamliner aircraft engines have a BPR of 10:1. The Airbus-Bombardier A220 small passenger jet uses engines with a BPR of 12:1. Just looking at the size of the engine air-intakes on those aircraft.

Years: It takes the U.S. an average of 14.7 years to design, build, and deploy new bomber aircraft. The Chinese take 9 years, but they just copy what they can buy from the Russians. On the surface, it looks like bomber aircraft take about the same amount of time to design, build, and deploy as fighter jets. The Russians are the slowest at designing and building new bombers and fighters. It takes them about 20 years, based on web information.

Now, let’s look at some market numbers. According to recent research reports, the world market for fighter jets is 3,243 aircraft over the next 10 years. The Brits are working on their new Tempest fighter, Germany and France are working on their new FCAS (Future Combat Air System), and China is working on their new Shenyang J-31. Considering the recent criticism of NATO, these EU efforts might be more about economics than defense. The U.S. Navy is designing their F/A-XX (replacement for the F/A-18) and the U.S. Air Force is working on the new PCA fighter concept (Penetrating Counter Air), but these efforts are motivated by air superiority goals against Russia and China more than economics. Russia was working on their fifth generation SU-57, but their partner (India) dropped their financial support and mass production was halted in July. India is now evaluating F-35s since the SU-57 and the Russian economy have some flaws.

If you add-up all the long range bombers presently being flown by the U.S., Russia, and China, you come-up with about 424 planes. I could not find any market research numbers on how many bombers will be bought over the next 10 years. The U.S. Air Force wants to buy 80 to 100 B-21s by 2025, to replace the aging B-52s and B-1s. I couldn’t find forecast numbers for how many bombers China and Russia want to deploy either, but those numbers will be small. So, we might see 100 bombers acquired over the next ten years. For comparison again, Boeing’s research people say that the market for new commercial passenger jets over the next 20 years is 42,730 planes. Divide that in half, and that’s 21,365 new airliners over 10 years. If we assume the market is linear, that suggests 10 bombers, 324 fighter jets, and 2,136 airliners will be built per year, worldwide.

B-52, B-1, and B-2 bombers have conducted combat missions in Libya, Iraq, and Afghanistan, so they are integrated into the kill web. They can already share targeting information with other planes, ships, cruise missiles, and ground forces. That involves Link-11, Link-16, Link-22, and some other stuff, but that’s a topic for a future article. Since none of our allies fly long range bombers, there’s no bomber-related kill web integration problem.

Next time, we’ll take a look at tanks, troop carriers, ground combat vehicles, and how they fit into the kill web. Every country with an acetylene torch, a welder, and a sheet metal brake is building some kind of military vehicle these days. You won’t believe the number of new ground combat vehicles going into service over the next few years.

Ray Alderman, Chairman of the Board of VITA, presents how embedded electronics and open standards enable enhanced C4ISR - from sensors to signal processing to real-time communications. Join us on August 30 at 2pm EST with Military Embedded Systems and VITA Technologies for the webcast titled: Leveraging Open Standards and C4ISR for Multi-domain Challenges in Modern Warfare. To Register, visit: http://ecast.opensystemsmedia.com/816 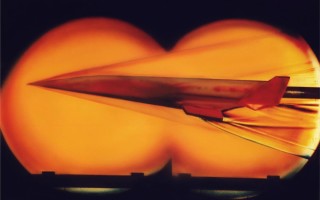