WASHINGTON. Congress has approved an additional $21 million in Department of Defense (DoD) funds. This increase comes after officials reached a deal to fund the Federal Government through September.

Additionally, the the Office of Management and Budget Director Mick Mulvaney held a press briefing on the Consolidated Appropriations Act of 2017. Director Mulvaney detailed where some of the funds would immediately have an impact on, specifically $9 billion will be used to address immediate warfighting readiness requirements; $2.5 billion for munitions, war consumables, and spare parts; and $1.4 billion to modify existing deployable weapons systems.

In a statement released by the DoD, Secretary of Defense Jim Mattis, says "I am pleased that the Congress has secured a $21 billion increase in funding for our defense. This is an important step toward rebuilding military readiness at a time when we are confronting serious security challenges throughout the globe. These additional funds will accelerate the campaign to defeat ISIS, support ongoing operations in Afghanistan, and address critical budget shortfalls. Everything from new missiles and ammunition to facility upgrades to new aircraft are being funded by this bill."

"By focusing on military spending, this budget agreement reaffirms the President's commitment to responsibly fund defense," he adds. "As I said upon assuming this office, every action we take will be designed to ensure our military is ready to fight today and in the future. This budget agreement helps us do just that. Our troops deserve the resources necessary to defend the United States and our interests around the world."

Director Mulvaney also states that the DoD is looking into buying more MV-22 helicopters, Apache attack helicopters, and any materials that may be required to rebuild the military. In a statement released by the White House, the bill represents a $25.7 billion increase in DoD funding over fiscal year (FY) 2016 levels. The bill also adds 24,000 active-duty forces and 12,000 selected reserve forces above the previous administration's request for FY 2017. It also invests in both near and long-term readiness, provides direct support to warfighters through new and improved equipment, and increases pay for the troops. 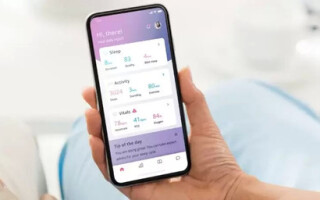