As wireless technology has gradually become cheaper, its use among the general public has grown. As a result, the amount of signals operating in the radio band increases, causing congestion. Interference can occur due to internal, external, and malicious sources; internal interference is unintentional and caused by an organization’s own devices, while external interference – cochannel or crosstalk, spurious signals, or natural occurrences like solar flares – is out of the organization’s control. The danger from interference arises when the radio-frequency (RF) operations – especially government-regulated bands allocated for defense-related, mission-critical, life-critical, and emergency services – are too full to handle the signals. The solution: Software-defined radios (SDRs), which are capable of enforcing spectrum policy and removing interference from the allocated frequency bands by incorporating a number of suitable strategies.

Radio-frequency (RF) bands used for national defense purposes – bands allocated for the operation of cell towers, air-traffic control/aviation surveillance radio communication towers, GPS/GNSS satellite communications, and radar – are classified as mission-critical bandwidths. Examples of life-critical bands include emergency position-indicating radio beacons (EPIRBs) and COSPAS-SARSAT (an international satellite-aided search-and-rescue initiative) operating at 406 MHz. Frequency bands allocated for NATO and civilian military aircraft, which operate at 121.5 MHz and 243.0 MHz respectively, are emergency frequencies monitored by air-traffic control. The maritime distress frequency band is another life-critical band, which operates at 2182 kHz and is monitored by coast guards. Emergency service bands include frequency bands allocated for police, emergency medical services such as ambulances, and fire services, all of which must be clear of adjacent or cross-channel interference to ensure public safety.

Governments worldwide are responsible for licensing parts of the RF spectrum, ranging from 9 kHz to 300 GHz, and are tasked with ensuring the compliance of relevant organizations and their devices operating on these government-allocated frequency bands. The demand for using government regulated bands of the radio spectrum is evident from the “spectrum auction” model, where governments sell rights for operation in a certain band. Moreover, the concept of spectrum sharing has recently been introduced to optimize the use of the overcrowded radio spectrum and to address the limitations in the wireless frequency bands.

Not only is there an increased use of legal wireless applications in the RF band, but more and more illegal technologies are popping up to jam the frequency spectrum. For example, devices such as smart cards or AVR SD cards are used with satellite dishes to unlawfully intercept digital satellite television broadcast signals. Often these devices create leakage of radio transmission signals, which may interfere with the frequency channels allocated for police or search-and-rescue operations, causing traffic issues. Other examples of illegal devices may include GPS jammers used in company vehicles or cellphone jamming devices. (Figure 1.) 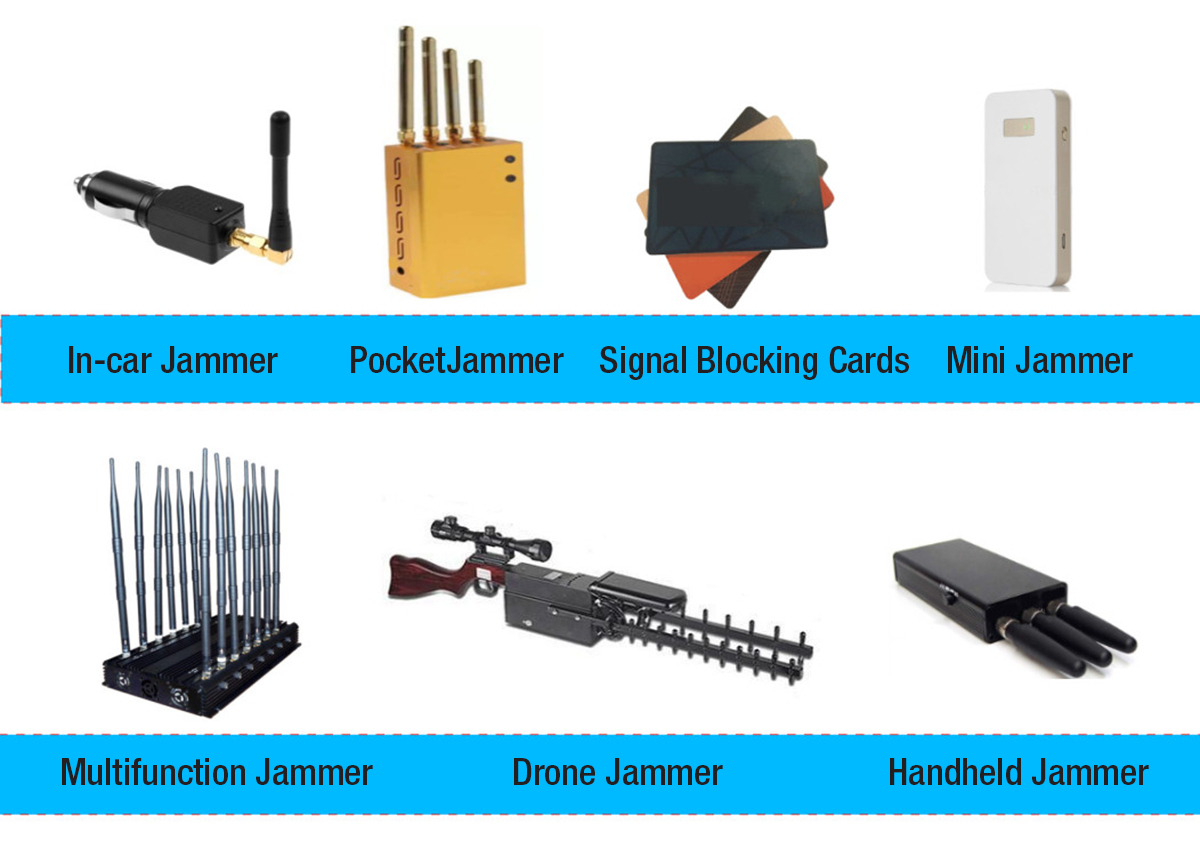 Contraband wireless devices like RF jammers (against the law in countries including the U.S.) and cellphones in prohibited areas are also often used in illegal operations, particularly in restricted areas such as prisons, military facilities, government buildings, and airports.

Occurrences of malicious interference can include meaconing, which is when a system receives radio beacon signals and rebroadcasts them on the same frequency at a higher power than the original signal, often to confuse navigation intentionally. Such tactics can be used in hostile territories or enemy airspace.

On the other hand, service interruptions may occur due to internal interference when an organization updates physical infrastructure on its network. Adding an antenna to a cell tower and relocating a receiver are some examples of these types of updates that could cause problems.

Detailing all of these issues is to say: A mechanism capable of monitoring and managing the congested spectrum is essential to ensuring minimal interference, including that from unintentional, external, and malicious sources.

Software-defined radio (SDR) replaces a conventional radio communication system that has components implemented in hardware. SDR can be defined as an embedded system comprised of mixers, filters, amplifiers, modulators, demodulators, and other digital signal processing (DSP) implemented in software. These solutions have gained momentum with their ability to operate in compliance with a diverse range of mobile communication standards.

An SDR’s radio front end (RFE) has independent channels and adjustable bandwidths to facilitate dynamic capturing and processing of the spectrum monitoring.

Having a wide bandwidth enables spectrum sweeping to find the offending carrier frequency that causes interference or jamming, even when the carrier frequency is unknown. Continuous monitoring of the RF spectrum in mission-critical areas such as airports and military facilities is essential to ensure that safety protocols are upheld. SDRs can intercept illegal or unwanted signals – particularly those generated by contraband cellphones in prisons – and cellphone jammers, GPS jammers, and other illegal devices in airports, which can cause electromagnetic interference (EMI). Additionally, SDRs facilitate recording, playback, and further analysis of the interfering or jamming signals and can perform tasks including recording RF signal data to test new services like upgrades in cell towers for 5G networks.

The use of multiple-input/multiple-output (MIMO) technology facilitates interoperability device testing (IODT), geolocation, and mapping with software. Due to its multiple channels, MIMO SDR enables more accurate geolocation and a higher probability of interception, and also enabling configuration of certain channels for wideband capture to identify a signal of interest, while the other channels can be optimized for SNR at a narrow band for further analysis.

SDRs are capable of enforcing spectrum policy and removing EMI signals from the allocated frequency bands by incorporating suitable strategies, which involve the SDR communicating with a distributed spectrum-monitoring or radio-location system. The techniques of Angle of Arrival (AOA) and Time Difference of Arrival (TDOA) are then used to find sources of interfering signals. The SDR takes advantage of the very wide tuning range and the user-adjustable bandwidth of the RFE to detect the signals or frequency bands of interest. SDRs with high throughput supported by wideband connections and FPGAs facilitate seamless high-throughput data capturing, recording, and storage in real time. Additionally, as SDRs can be configured remotely, multiple SDRs can be monitored from a single monitoring center (for example, monitoring a cellphone network). (Figure 2.) 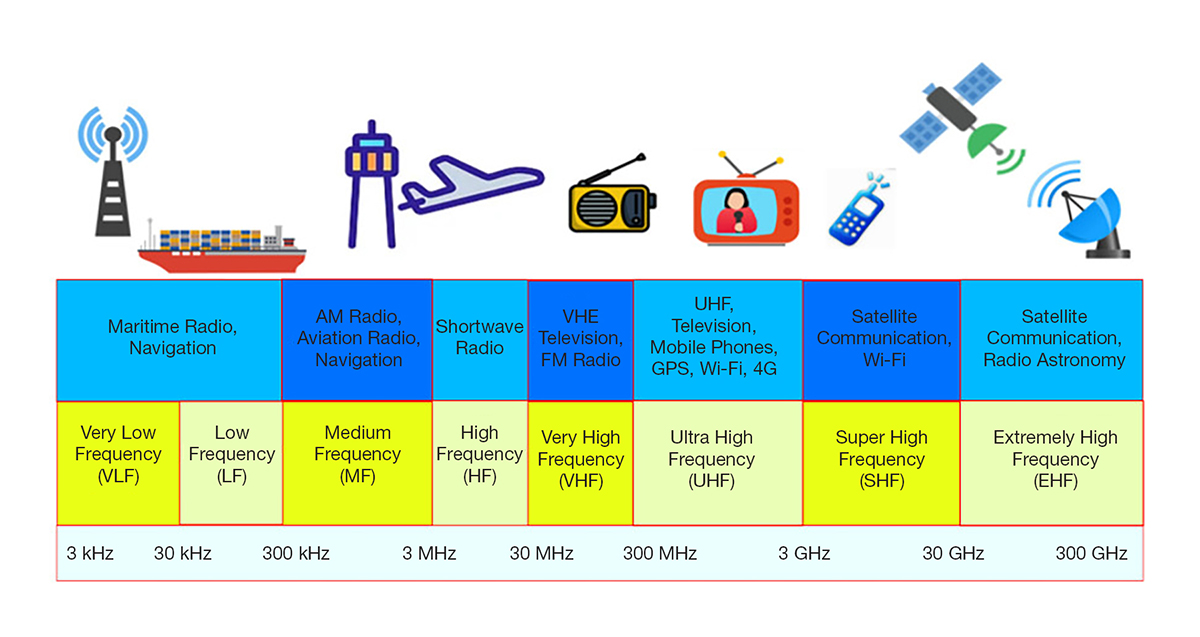 [Figure 2 | Applications of the radio spectrum and the frequency allocation.]

With the continued growth of wireless technologies, particularly in the fields of mobile data communication and Internet of Things (IoT), only a limited portion of the radio spectrum is available for future expansions. This scenario encourages shared spectrum-related policies, where frequency bands are used for one service when the other services are not in use. Policy models specify the number of access tiers (incumbent and shared users), access guarantees (location and times), and terms (i.e., transmitter power level and coverage). SDRs can play a fundamental role in developing and monitoring what otherwise could be chaotic spectrum-sharing policies by use of cognitive radio platforms, as well as smart antenna technologies and various DSP techniques.

Why use SDRs for spectrum management?

An SDR is a low-cost and flexible solution that enables efficient use of network and spectral resources, which becomes increasingly critical as more wireless technologies and supporting infrastructure – like cell towers and satellite ground stations – come online and spectrum-sharing becomes more commonplace. Use of SDRs will ensure regulatory compliance of frequency bands allocated for mission-critical, life-critical, and emergency services. Moreover, they will ensure that the communication devices don’t interfere with these services.

An example of such a wideband SDR is the Cyan, which enables as many as 16 independent chains with the option of up to four DSP channels per chain. Moreover, it enables adjustable RF bandwidths up to 1 GHz; benchmarking the highest instantaneous-stare bandwidth available on the market. The digital back end contains field-programmable gate arrays (FPGAs) with on-chip processors, enabling real-time analysis and streaming of data, where the data is sent over a qSFP+ port at a high data rate. Cyan is capable of 4 x 40 Gbps qSFP+ backhaul in the data communication between the radio platform and other equipment.

Victor Wollesen is the CEO and cofounder of Toronto-based software-defined radio company Per Vices Corp. Victor has an honors degree in physics with a specialization in astrophysics from the University of Waterloo in Ontario, Canada. He has coauthored several peer-reviewed papers on SDR technology, one of which was presented at IEEE’s Radar Conference in 2020. Victor is a member of the Canadian Armed Forces; in his free time he enjoys putting his recreational pilot’s license to use.