Spaceflight is exciting again. Not that it ever stopped being exciting, but the launch of the Dragon by SpaceX and enthusiasm about watching a new type of rocket take humans into space again might be just a little more inspiring than, say, launching satellites into orbit.

Designers of radiation-hardened microelectronics – such as integrated circuits, memories, diodes, and the like – whom I interviewed for the Industry Spotlight article on page 42 told me that they continue to see a strong market, even during the COVID-19 pandemic.

“Most of the overall military space market has held up strong to date,” says Josh Broline, director of marketing and applications, Industrial and Communications Business Division at Renesas. “We are at the back end of the procurements cycle, so there is limited impact from the pandemic economically on this market. Several programs are already baked in. There might be some delays here or there, but not a major impact.”

“Right now spending [for space programs is incredible,” says Marti McCurdy, owner and CEO of Spirit Electronics. And as long as the Trump administration continues its spending policy this growth will continue – even amidst the pandemic and economic shutdown, she adds.

A continued flow of government funding for space platforms, as well as the funding to help small business, are a few of the factors enabling this market strength.

“We continue to see the government making concerted efforts to move forward and make decisions quickly when it comes to procurement and moving programs forward,” says Tony Jordan, director of business development at Cobham Advanced Electronic Solutions. “This helps to stimulate the economy and keep the supply chains going, offsetting some weaknesses due to the economic slowdown from the pandemic. There is a lot of opportunity out there – and not just in military applications – but in also areas such as the Lunar Gateway and civil space modernization.”

“We know the government is doing everything it can to support small business so they’re not at a standstill,” says Anton Quiroz, CEO of Apogee Semiconductor. “Although I‘m a little concerned about what could happen six months from now. All this cash the government is spending has to come from somewhere and it could be the defense budget. Also, a new administration could institute a big reprioritization that could impact the military and space budgets.”

The pandemic has clearly not slowed down defense production, but there have been some cultural adjustments. Having many of their engineers working from home was a new scenario for defense prime contractors who had to be concerned about lower productivity. However, I’ve heard a few anecdotes that actually the opposite was true, with productivity increasing in many instances.

“One surprise was that even with so many prime contractor engineers working from home, productivity appears to have not suffered and we are still getting many customer emails and request for quotes from buyers,” says Joe Benedetto, president of VPT Components.

Another impact of the COVID-19 spread has been the realization of just how much the U.S. relies on foreign supply chains – especially from Asia – for not only pharmaceuticals but also semiconductor production, as many foundries used by U.S. semiconductors are located offshore.

“For military-specific applications there is a lot of focus on the U.S.-only based supply chain, ensuring trusted foundry use,” Quiroz says. “This is somewhat COVID-19-related, as the pandemic put a spotlight on what has been known for years: that the U.S. is too dependent on international suppliers for notably pharmaceuticals, but for semiconductors as well.

“Many companies think building more onshore foundries is an expensive endeavor and would be time-consuming to have it equal the state-of-the-art quality of many offshore foundries,” he continues. “However, you can make current onshore foundries develop capabilities to make more rad-hard parts using standard commercial processes without investing in expensive new equipment.”

Regardless of where the parts are produced, the future is bright for companies supplying electronics for space. This market could also be promising for young engineers.

“If I were an engineering student in college today, a unique path I could take would be radiation-effects engineer,” Broline suggests. “The demand for more nimble and flexible satellite operators will only increase as the commercialization of space continues.” 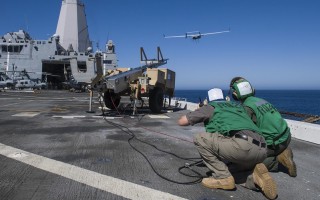