The emergence of software-defined radar technology

Radar technology has been undergoing a period of resurgence driven by the demand for high-powered, cost-effective, compact technology for military and commercial applications. This has also led to the re-evaluation of how technology should be used to achieve robust and economical radar solutions.

Further, groundbreaking technology such as unmanned aerial vehicles (UAV), autonomous cars, as well as a variety of commercial applications, rely on solid-state radar, where programming and fabrication have been re-engineered to suit the needs of the market.

As a result, robust new technologies, including ones used by the military for stealth and jamming, are forcing traditional radar technologies into obsolescence. Another contributing factor is the resurgence of radar accelerated by cutting-edge antenna techniques, sophisticated digital processing, and agile radio-frequency (RF) transceivers.

To respond to intelligent and complex radar waveforms and systems, we are now seeing the emergence of cognitive radio and cognitive radar that has been enabled by software-defined radio (SDR) systems.

SDR can be defined as radio technology where some or all of the physical layer functions are defined by software. This means that the specification, performance, and function are all achieved through software alone, without any changes to the physical hardware. As a result, it is a highly adaptable and flexible technology.

SDR systems place some or all of the complex signal handling that is related to communication transmitters and receivers in a digital space. At its most basic form, an SDR may simply consist of an analog-to-digital converter chip that is connected to an antenna.

All signal detection and filtering are handled by software alone. However, SDR has evolved to do much more, as it can also be used to build a smart cognitive radio (CR) and enhance radar technology. CR can be regarded as an intelligent, adaptive radio and network technology enabled to automatically detect available channels and change transmission parameters in a wireless spectrum. This ability, in turn, will enable more communication to occur concurrently to enhance radio operating behavior and spectrum utilization.

MIMO (multiple-inputs/multiple-outputs) uses multiple antennas at both the source (transmitter) and the destination (receiver). To achieve wireless communications where multiple antennas are needed for the transmitter and the receiver, the data received from the antennas at each end of the communication circuit are fused together to minimize errors while optimizing data speed. This configuration enables reduced size and weight, creating the ultimate form of compact and powerful radar. But it does not stop there: MIMO not only significantly improves the ability to scale, it also reduces power consumption and overall costs.

With MIMO radar, the user can leverage spatial diversity with multiple receive and transmit antennas – which can operate on multiple frequencies concurrently without interference – that utilize algorithms to achieve compound resolutions by calculating radar reflections.

Design and fabrication of radar

Recent advancements and applications of radar technology might be possible with legacy systems. However, it is MIMO with SWaP-C (size, weight, power, and cooling) considerations, along with advances in digital computation, driving the SDR’s rapid adoption in the radar market. This is primarily due to its capability and cost-effectiveness. Further, new semiconductors and fabrication techniques are being developed continuously to help the radar industry scale even further.

Performance, flexibility, and scalability are all critical factors when designing radar platforms. SDR systems enable all three. Customizable SDR technology means that designers can count on relatively quick and easy development of lightweight and high-performing radars. Furthermore, SDR-based radar solutions can be adapted to fit anything from standard vehicles, such as connected cars, to counter-UAV airborne systems. These solutions will include smaller adaptable field-programmable gate arrays (FPGAs) and processor technologies to build modular platforms.

As everyday devices get smarter, the convergence of SDR and radar technologies can also provide for low-cost alternative technology options: For instance, SDR/radar can also be used to control a swarm of military robots or military installations.

While this scenario may sound like science fiction, it is very much a reality. As radar continues to go through a period of acceleration, SDR is expected to provide the foundation for it to build on and grow.

Stephanie Chiao is the product marketing manager at Per Vices Corp. in Toronto. 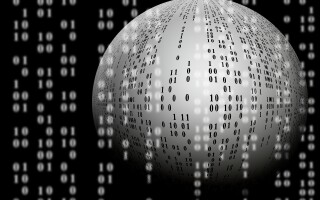