Titans compete in a COTS-is-king world; Hint: It's not all about technology

Large COTS suppliers are working hard to compete. Against each other, against the perception of what is COTS against the onslaught of high-quality commodity products from overseas, and even against their customers who sometimes would rather design systems in-house than buy off-the-shelf. Fresh off the 2008 tradeshow season, Im reminded that amidst a surfeit of new technology, from JSR302 safety-critical Java to Intel Atom processors, value-add services and special differentiation still matter.

At the recent industry-insider "Bus&Board Conference 2008," Doug Patterson of Aitech reiterated key messages he extolled at the earlier "Components for Military and Space Electronics" conference that COTS doesn't mean "commercial temperature" electronics as many in the DoD still erroneously believe. In fact, Pete Yeatman, COTS Journal publisher, said the same thing last month when he reminded his readers that a definition of "COTS" can be found in the table of contents of every issue of his magazine. In effect, "commercial" means commercial business practices. Patterson warned of storm clouds on the horizon if users don't "disassociate rugged from COTS." His point is that while Aitech and other suppliers are expert at using commercial business practices - that is, investing their own money to create rugged and space-qualified boards and systems - some prime contractors and subs still think buying commercial-temperature boards from RadioShack qualifies them fit for duty in the sands of Iraq. It's essential, Patterson said, to map the program's Operational Requirements Document (ORD) to the COTS product being considered. For desert duty, a board needs to have demonstrated reliability through rigorous testing such as HASS and HALT, and have available closed-loop FRACAS and FMECA data.

GE Fanuc Intelligent Platforms (GE) couldn't agree more. As one of the world's top five rugged COTS suppliers with a self-estimated 21 percent of the market, Peter Cavill, General Manager of Military and Aerospace Products, asserts that only the large, vertically integrated COTS vendors can offer what the primes really need. He cites a world in turmoil with increasing threats and decreasing time between crises as the impetus for the U.S. to maintain its technology advantage and maintain a strong defense budget. With an estimated total available market of about $3.5 billion for COTS "critical embedded systems," his company is focusing on C4ISR, display processing, mission computers, radar/sonar, fire control, and embedded training systems. Cavill sees the defense market increasingly demanding a "COTS specification that exactly meets their needs."

One wonders if this stretches the definition of "off-the-shelf"; however, GE is one of only a handful of broad-line suppliers that truly has the ability to provide a custom solution while still calling it "COTS," because the company can afford to invest their own money in creating a perfectly matched COTS product. GE is not seeking to differentiate itself with technology, but is instead focusing on a one-stop-shop catalog of myriad technologies including tactical C4 systems and ground mobile systems such as the Army's Future Combat Systems (FCS), among many others.

But technology can still be the door opener. Industry heavyweight Curtiss-Wright Controls Embedded Computing (CWCEC) - a fierce competitor of GE's - recently announced their second VITA VPX-based design win in only 30 days. VPX is the next-generation successor to the industry's de facto open standard VME LRU. Winning VPX designs today assures years of COTS revenue. CWCEC will provide more than 1,000 VPX General Processor Modules to Future Combat Systems in the Integrated Computer System - a common environment throughout all the program's platforms. The $8 million award from GD C4 Systems wasn't all about technology, since GE, VMETRO, Mercury Computer Systems, and others all supply VPX-style processor boards. Instead, "ilities" like CWCEC's "COTS Continuum" program of life-cycle maintenance, a product porfolio roadmap to protect the Army's code investment with future CPU upgrades while maintaining legacy software, and a willingness to fund what I would call "custom off-the-shelf" were probably the key decision factors.

So does a vendor have to be one of the "Big 5" - by my estimates, GE, CWCEC, Kontron, VMETRO, Mercury - to play in this "better-than-COTS" game? It sure helps. Kontron is a name not normally thought of as a hard-core defense supplier, though they probably offer more board types than any other single vendor. The company has revenues of more than $650 million and invented many PICMG board types such as ETXexpress (aka "COM Express"). Certainly the company sees technology diversity as a secret weapon, as it recently became the first to offer IPMI assurance software on a VME board. The VITA 38 standard brings telecom high availability and shelf management to defense systems.

But this return-to-VME announcement was just a warm-up for Kontron's next volley, and it wasn't about technology: the acquisition of Thales Computers SA, a roughly $35 million rugged VME board supplier. Thales Computers is arguably the first COTS supplier to successfully up-rate commercial temperature components for defense systems before all the 883C IC suppliers evaporated pre-Perry memo. In this acquisition, Kontron bought some VME technology, for sure, but they really bought backlog and domain knowledge essential to successfully play in the defense sandbox with GE, CWCEC, Mercury, and others.

Similarly, VMETRO, Mercury, and others continue to look for non-technology ways to compete. (See our Editor's Choice awards on pages 34, 35, 37, and 39 for some of their new ideas.) As well, I lay odds on electronics distributor Avnet wading into this hard-core COTS market very soon. Their mix of FPGA programming, reference designs, long life-cycle component management, and huge supply-chain management infrastructure represents yet another non-technology way for this titan to successfully compete in the COTS military market. 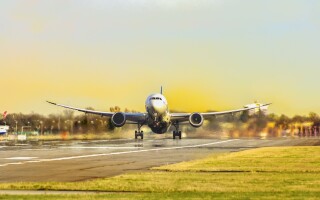