AMSTERDAM. The market for military fixed-wing aircraft is expected to grow at a CAGR of around 2%, to reach approximately $100 billion in 2027, according to a new report from Market Forecast, "Global Military Fixed-Wing Aircraft -- Market and Technology Forecast to 2027."

According to the report, the North American market is expected to account for more than one-third of the total market, with the F-35 platform one of the key drivers in this market; nearly 40 to 45% of the fixed-wing military budget in the U.S. has gone toward the F-35 program in recent years. Similarly, the A400M military-transport aircraft program is one of the key drivers in the EU's military fixed-wing budget.

One key finding of the report is that around 35 to 40% of the market would be directed toward retrofitting and upgrading existing aircraft.

For more information on this study, please visit the Market Forecast website. 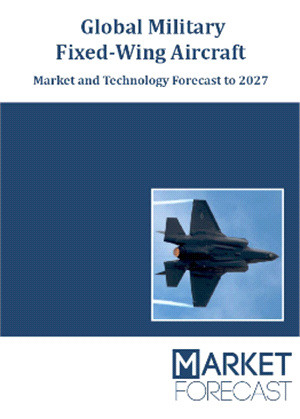