The companies are the first to provide this capability for the M-code signal, a key part in the modernization of military GPS capabilities. The initial fit checks assure that the Rockwell Collins GB-GRAM-M Type II receiver fits within the volume of the D3 and can acquire, track, and navigate using C/A, Y, and M-code while enclosed in the unit. Initial testing also validated the backwards compatibility of the IS-GPS-153 serial port interface of the GB-GRAM-M receiver.

The Rockwell Collins GB-GRAM-M is the result of one of the MUE card development contracts, awarded by the U.S. Air Force Space and Missile Systems Center. The MUE program is developing the next generation of GPS user equipment to have a new military signal and enhanced security architecture. 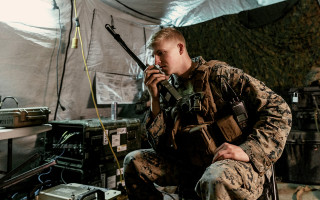