Power distribution from the ground up

Military ground vehicles today are carrying more complicated payloads that often include command, control, communications, computers, intelligence, surveillance, and reconnaissance (C4ISR) systems. No longer only used for transportation, these platforms have become mobile command centers - like the U.S. Army's Joint Tactical Light Vehicle (JLTV) - meaning power management no longer can be an afterthought or an add-on, but a key consideration at the beginning of the design process.

Power management for C4ISR on modern military ground vehicles are tackling more than the headlights.

“Vehicles today have more and more sensors, jammers, communications, and other electronics on them (what the military calls ‘eyes and ears’) that they want to operate with the vehicle engine off,” says Ike Hong, vice president at Korean firm Kokam Co. Ltd.

In the past, operators would have to physically shut systems off all around the vehicle, says Steve Goldman, product line manager at Data Device Corp. (DDC) in Bohemia, New York. Today, however, power is no longer an added component; instead “power management on the JLTV [for example] was designed from the ground up, rather than making low-cost, entry-level models where power was added on later.”

The reason: Engineers understand that “as vehicles and the occupants become more connected to the military networks, and as they take advantage of integrated communications and sensors to shooter capability, the requirement for electrical power is increasing,” says Richard Coomber, vice president of Integrated Systems at Revision Military in Montreal.

These advances mean that vehicles have become mobile combat stations that continually demand up-to-date technologies that enable soldiers to perform missions ranging from conducting a silent watch to taking the vehicle off-road for a reconnaissance mission.

For certain missions the new technologies mean that “vehicles having high-energy requirements, such as reconnaissance platforms, emit a substantial thermal and acoustic signature that reduces their ability to operate stealthily and therefore reduces their survivability on the battlefield,” Coomber adds. “Military customers are looking for ways to manage their signature and maintain or improve survivability while at the same time running high-energy loads. The requirements to deliver high-energy loads while maintaining survivability will only increase as directed-energy weapons and electric armors mature.”

Vehicles like the JLTV will replace legacy HMMWVs (commonly called Humvees) in the military. The JLTV addresses size, weight, and power (SWaP) requirements, as well as the flexibility that the warfighter is asking for. Balancing the performance and ensuring the warfighter’s survivability were key aspects of designing the vehicle, “We don’t make weapons systems, we make trucks,” says Dave Diersen, vice president and general manager defense program – JLTV at Oshkosh Defense in Oshkosh, Wisconsin.

The interesting point about the JLTV is that it was “built on a common set of requirements that meet the needs of the Army and Marine Corps. Differentiation occurs on how the services configure the JLTV based on mission requirements. The platform is designed for that plug-and-play configuration and not just for the Army or Marine use, but for multiple configurations,” says John Bryant, President, Defense Programs, at Oshkosh Defense in Oshkosh, Wisconsin.

To help power all those plug-and-play requirements, DDC’s solid-state power control (SSPC) power distribution units (PDUs) will “generate six and half kilowatts of power,” Goldman says. “There are add-on kits based on the vehicle configuration’s function, which may mean more or less C4ISR, depending on the mission. Our device handles all the C4ISR in the vehicle, but not the primary power that controls items such as the windshield wipers. Most of the JLTV configurations use two of our PDUs and as many as four.” (Figure 1.)

The DDC solution for the JLTV is a standard product that evolved from applications for Bradley Fighting Vehicles and other U.S. military ground vehicles, Goldman says. “Oshkosh was looking for a COTS [commercial off-the-shelf] solution, so as not to incur the high cost of customization and even more importantly, to enable flexibility for use across the many variants the JLTV will have. Having one controller for so many configurations solves a lot of problems from interoperability and procurement perspectives.

“The SSPC is essentially an off-the-shelf product, with tweaks coming from connector configurations and ruggedization depending on customer requirements,” Goldman adds.

Updated technology is helping to meet military vehicle power challenges such as this: The battery lasts for 30 minutes. “The vehicle has to be started to recharge the battery, causing the vehicle to produce a thermal image and an audio signal while the battery is being charged. If there was a higher-energy battery that could provide hours or even a day of silent watch, then that could change the tactical capability in a conflict situation,” Hong explains.

The need to constantly decrease power consumption and to have longer lasting power supplies will always exist. DDC’s solution: “When compared to mechanical technology, solid-state devices such as this solution reduces power dissipation by up to 70 percent, weight consumed by up to 80 percent, and space consumed by up to 86 percent, which is crucial in ground vehicle applications where increased power as well as size and weight means increased fuel, which means increased cost as fuel is very expensive,” Goldman says.

Battery-pack systems like Revision Military’s help to bring the type of flexibility needed to update systems. The Revision system “uses mission-specific cells, tight integration to the vehicle platform, a modular redundant design approach that allows upgrades, and an engineered solution focused on the mission,” Hong states.

Power with a twist of intelligence

VPX power supplies are also in demand for military vehicles: “A lot of people are using VPX and we’re seeing some ground-vehicle programs that are going that way; that seems to be the biggest interest at the moment,” says Jerry Hovdestad, director of COTS engineering for Behlman Electronics in Hauppauge, New York.

Engineers at North Atlantic Industries (NAI) in Bohemia, New York, also offer VPX power supplies for military ground vehicles with their VPX55H-3, a high-power DC/DC converter that plugs directly into a standard 3U VPX chassis with a VITA 62 0.8-inch power supply slot. This solution for VITA 46.0 and VITA 65 systems is compatible with VPX specifications; supports all VITA standard I/O, signals, and features; and conforms to the VITA 62 mechanical and electrical requirements for modular power supplies. The switching power supply is conduction-cooled through the card edge/wedgelock. It accepts +28 VDC input voltage and provides six outputs at as much as 500 watts.

Power supplies are also becoming more efficient. As mentioned earlier, traditionally in a large ground vehicle, the operator or commander will have a control system, such as the DDC solid-state device, which is much easier to operate and much more efficient than past methods where the operator had to physically shut things off all around the vehicle, Goldman says. “Now the system can monitor all these power levels and manage the levels without help from a human operator.”

Power supplies that not only monitor the health of the system, but also alert the user that something is amiss, will take the burden off the soldier. Further maturing this technology will only help the U.S. Army’s goal to reduce the soldier’s monitoring burden.

The JLTV is no exception, as it was designed to lessen the soldier’s monitoring burden, increase the operational time, reduce maintenance, and essentially reduce the consumption of man-hours, Diersen says.

Yet there is no question that “there’s much benefit in troubleshooting your own system,” Hovdestad notes. “There is a lot of knowledge that could be learned by looking at the power supply, but actually using the information coming from intelligent power supply is important. Right now it takes a lot of programming and a lot of places are not quite set up to take advantage of it, but when they start getting these systems up and running and they start getting the software established, I think that we’ll see very smart systems that can pretty much take care of themselves.” 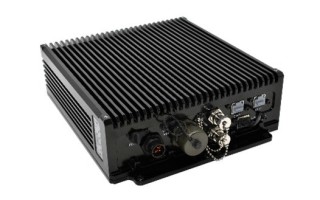