NEWTOWN, Conn. Market research firm Forecast International has warned in the past that the impending end of sequestration budget caps would not result in a new spending surge for the Department of Defense (DoD), and this prediction seems to be coming true, according to a statement from the company.

"Flat budgets are essentially a best-case scenario at this point, but we believe the Pentagon could potentially see an annual loss of real buying power of three percent or more in the coming years," said Forecast International senior defense analyst Shaun McDougall. "However, the full extent of the damage may be delayed as Washington attempts to shield the defense industrial base in the near term," he added.

Forecast International's numbers say that large federal deficits, exacerbated by the COVID-19 crisis, have raised serious questions about the future of U.S. defense spending: Prior to the COVID-19 pandemic, the Pentagon's $705.4 billion budget request was already projecting zero real annual growth over the next five years, well short of the 3% to 5% real growth that U.S. military leaders had wanted.

The market study firm asserts that the Army's key programs are long-range precision fires, Next Generation Combat Vehicles, Future Vertical Lift, network improvements, air and missile defense, and soldier lethality. McDougal adds that "The Army has particularly struggled in recent years with rotorcraft development and fielding a Bradley replacement, and the current environment puts even more pressure on planners to get things right this time around."

For additional information on the Forecast International market analysis, visit the website. 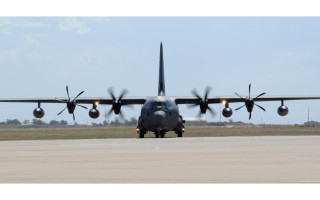