By Victor Wollesen and Etiido Uko

Radio technology is and will continue to be an indispensable part of communication systems, particularly those used by the military. Software-defined radios (SDRs) have significantly reduced the cost of satellite systems while exponentially increasing their functionality, efficiency, and durability.

A satellite is broadly defined as an object/mass that orbits around a planetary body. This definition includes both natural satellites such as the moon and artificial satellites that are launched into space from the earth. In this article and most modern contexts, satellites refer to human-made machines that orbit the earth. Satellite systems are fully integrated communication systems that can receive and transmit signals to and from the ground and other satellites.

A satellite system consists of various systems working together to keep the satellite functioning such as the propulsion system, the power system, and data collection systems. While these systems are indispensable to the satellite, their main purpose is to support the satellite to carry out its primary function of transmitting and receiving data-carrying signals.

Thar function is performed by the onboard communication system, using radio technology. A satellite’s communication system is basically a radio system that includes antennas, transceivers/transponders, and, in some cases, processors. Satellites are used in numerous civil, defense, and commercial applications across various industries. These applications can be broadly classified into broadcasting, telecommunications, data transfer, data collection/scientific research, and GNSS (Global Navigation Satellite Systems).

For years these systems depended on traditional hardware radios that have become obsolete and inadequate for use in satellite systems and are no longer capable of meeting the very high requirements of modern-day satellites. These radios have been replaced by software-defined radios (SDRs).

SDRs are equipment in which certain functions such as modulation/demodulation and signal processing, typically performed by hardware, are performed by software instead. SDRs are capable of transmitting, receiving, and processing signals with very high functionality.

Early satellites were quite rigid when it came to operating frequencies. A single satellite often contained one transceiver/transponder, capable of transmitting at one frequency. Today, the wideband operation, flexibility, and reconfigurability of SDRs enable satellites to switch between operating frequencies. SDRs have advanced to the point of having multiple radio chains (as many as 16) that can simultaneously be operated at different frequencies. The upshot: With a capable SDR, a single satellite can be used for as many as 16 different applications in different bands at the same time.

This capability has been critical in applications such as emergency situations when ground systems are down and in areas where there is no ground infrastructure. Likewise, in the military, where secure and reliable communication is needed at all times and in all places.

Another application leveraging SDR is data communication, which involves the transfer of data from point to point, is often carried out using satellites via VSAT (Very Small Aperture Terminal) networks. In VSAT networks, a ground station computer acts as a hub for the network. A user sends data through their transceiver and via the hub to a satellite which receives and transmits the data to another user in the network. VSAT networks can handle voice, video, and data signals. (Figure 1.) 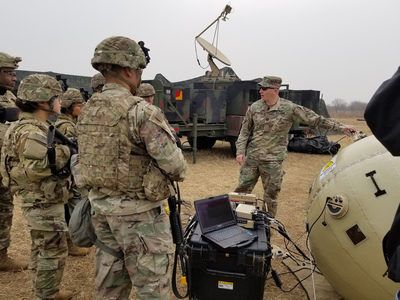 SDR also enables satellite internet, which is a fast-rising application of satellite systems and is a much larger scale of data communication, involving the transfer of enormous amounts of data. In data collection applications, the satellites have data-capture devices that capture video, audio, and image data. The data/payload is processed and transmitted as signals to a ground station. Data collection satellites are used in many scientific fields and also in military applications to provide reconnaissance data.

In every one of these applications, the onboard radio of the satellites performs the primary function. The radios transmit and receive between satellites and ground station/end users, provide a means of communication among different satellites, serve to transmit collected data to ground stations, and link the satellites to control stations on different wavelengths simultaneously. (Figure 2.) It is imperative that a satellite be able to operate at different frequencies, which is where SDR technology comes in. 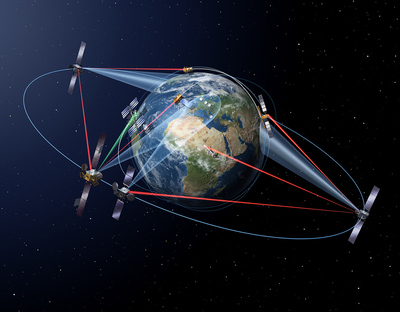 [Figure 2 | The European Data Relay System (EDRS) – a public-private partnership between ESA and Airbus Defence and Space – enables information gathered by low-orbiting satellites and unmanned aircraft to be sent anywhere on Earth in quasi-real time by passing the information between the geostationary nodes via laser and downlinking to the ground. European Space Agency diagram.]

Furthermore, satellite communications use 1 to 50 GHz for transmission – the L, S, C, X, Ka, Ku, and V bands – with different satellite applications using different bands. Similarly, the various frequencies within a band are dedicated to specific applications. In certain satellite applications, relatively low amounts of data are being transferred, while others involve the transfer of large amounts of data. For example, broadcasting applications involve large amounts of audiovisual data; similarly, in data collection, large, high-quality resolution images and videos are transmitted to the earth. Even more data-intensive is satellite internet, which takes things to a much larger scale: While the technology is still in the development stage, there is the potential for the transfer of quintillions of bytes of data daily. SDR solutions will be critical for capitalizing on the potential of satellite internet.

SDRs are capable of having very high bandwidths of up to 1 GHz per radio chain. Some SDRs also have onboard FPGAs [field-programmable gate arrays] and DSPs [digital signal processors] for rapid and power-efficient processing; both of these enable SDRs to quickly transfer huge amounts of data handled by satellites without significant latency. The FPGA also makes the SDRs reconfigurable, enabling the satellite system to be easily repurposed, reconfigured, and updated. 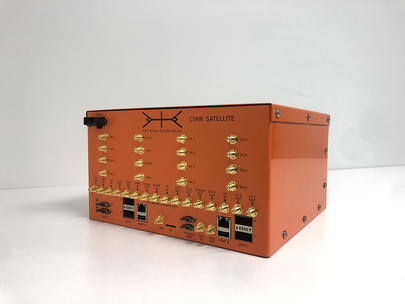 [Figure 3 | The software-defined radio (SDR) from Per Vices enables users to transmit, receive, and process all signals on a single modular, fully integrated platform. The configurable architecture can work across different satellite constellations and protocols without requiring any hardware changes.]

Satellites that use SDR solutions also see size and weight benefits. Launching a satellite into space is an extremely expensive venture. Weight is usually the most significant factor, which is why satellites are required to be as light as possible. Note that a single launch can carry multiple satellites, reducing cost. Technological advancements and competition among space companies have significantly reduced the cost per kilogram (kg) of launching a satellite. However, at a minimum cost as high as $2,000/kg, it is still considered expensive.

SDRs are very compact systems that eliminate the need for bulky hardware equipment. Their architecture makes them perfect for satellite systems as they are light and extraordinarily small, considering their capabilities. With SDRs, compact but highly functional satellite systems can be launched into space at much lower cost. Moreover, because SDRs contain very minimal hardware and almost no moving parts, they are optimized for use in satellite systems. 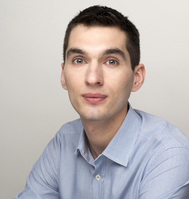 Victor Wollesen is the CEO and cofounder of Toronto-based software-defined radio company Per Vices Corporation. Victor has an honour’s degree in physics with a specialization in astrophysics from the University of Waterloo in Ontario, Canada. He has coauthored several peer-reviewed papers on SDR technology. Victor is a member of the Canadian Armed Forces. 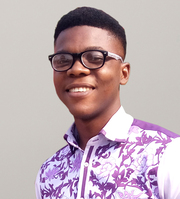 Etiido Maurice Uko is a mechanical engineer with experience in numerous engineering fields. He is also a design engineer and a technical writer.