SC2's second event -- the first collaborative machine-intelligence competition that aims to overcome spectrum scarcity -- concluded with six of the eight top-scoring teams walking away with $750,000 each in prize money. All 15 teams have an opportunity to move on to the next stage and compete in the 2019 Spectrum Collaboration Challenge grand finale, which will be held in conjunction with MWC19 Los Angeles, in partnership with CTIA, on October 23, 2019.

Officials announced the following are the six prize-winning teams from the second preliminary event are:

At the beginning of the event, each team’s radio participated in 105 matches against competitors in the Colosseum, a massive RF testbed that was developed specifically for SC2. The matches were held in a round-robin fashion where each radio network – working in groups of threes, fours, or fives – had multiple opportunities to compete against every other radio design in the competition. Roughly 400 matches were held in total to determine the final team rankings and the prize recipients.

During the PE2 matches, teams were put through six different RF scenarios designed to mimic the challenges that collaborative, autonomous radios will face in the real world. These scenarios challenged the radios to collaboratively mitigate interfering with an incumbent radio system, sense and adapt to the spectrum demands of high-traffic environments, handle the data demands of the connected soldier of the future, and beyond. Each scenario was designed to pressure test various elements of the teams’ approaches and, in particular, their ability to successfully collaborate with the other radios operating within the same environment.

“The six different scenarios were closely aligned to actual situations that our defense and commercial systems face in the field. The Wildfire scenario, for example, replicates the complex communications environment that surrounds an emergency response situation, while the Alleys of Austin scenario was designed to mimic what’s needed to help dismounted soldiers navigate and communicate as they sweep through an urban environment. This real-world relevance was critical for us as we want to ensure these technologies can continue to develop after the event and can transition to commercial and/or military applications,” says Tilghman.

The sixth scenario of the competition was used to determine the six prize winning teams. This scenario explored the essential question of the SC2 competition: can the top teams’ collaborative SC2 radios outperform the status quo of static allocation? Each of the six teams that received awards at PE2 demonstrated that their radio was capable of carrying more wireless applications without the aid of a handcrafted spectrum plan, while simultaneously ensuring four other radio networks operating in the same area had improved performance. In short, each of these six radio networks demonstrated the autonomous future of the spectrum.

The competition now enters its third year and moves closer to the finale, which will be held at one of the country’s largest annual technology and telecommunications shows – MWC19 Los Angeles. More than 22,000 attendees from the broad mobile ecosystem and adjacent industry sectors will convene at this three-day event to discuss the current opportunities and future trends shaping the industry. The SC2 championship event will be held on the keynote stage of MWC19 Los Angeles on October 23, 2019.

At the conclusion of SC2’s finale, three teams will be awarded $2 million, $1 million and $750,000, respectively, for first, second and third place. The real prize, however, will be the promise of a more efficient wireless paradigm in which radio networks autonomously collaborate to determine how the spectrum should be used moment-to-moment, helping to usher in an era of spectrum abundance. 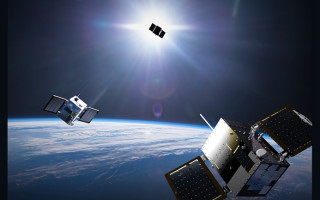