Efforts to dominate the electromagnetic spectrum (EMS) in the military arena are moving forward as manufacturers develop innovative technologies to find actionable needles in the crowded electromagnetic intelligence haystack. Cognitive capabilities, artificial intelligence (AI), and similarly cutting-edge developments have opened a new chapter in electronic warfare (EW), and so too has the need to keep pace with adversarial advancements.

Quicker response and heightened accuracy have a huge effect on the proliferation of electromagnetic spectrum (EMS) systems and cognitive radar and electronic radar (EW) capabilities, as all of these aim to reduce workload while fostering an environment of trust and the ability to rely on the information being fed into the system. With speed steering the direction of many EMS technology trends, the software and hardware is all being designed with the intent to significantly reduce what the military and the industry calls the “sensor-to-shooter” timeline and has begun to pull from commercial inspiration.

It is true that the EMS is becoming increasingly congested with monumental amounts of data, and both defense customers and manufacturers alike know that that it’s those actors who can reliably access that intelligence and act on it first who have the advantage. Perhaps the first step in mitigating the crowded airwaves could be to consider the EMS its own domain? This very question has been posed by the U.S. Department of Defense (DoD) and the users of the technologies; military technology companies are using their varying interpretations of it to create more robust EMS portfolios.

The DoD does actually consider the EMS an operating environment. While that nod doesn’t officially deem the spectrum as a “domain,” it doesn’t negate the fact that all of the services are connected through it and must exist on it in battle. This reality makes any complications that arise on the EMS not a service challenge, but rather a force challenge.

Understanding the EMS as a joint domain

In order to optimize the military’s existence on the EMS, the DoD earlier in 2020 introduced the concept of Joint all Domain Command and Control (JADC2). This initiative aims to connect sensors across military services rather than developing incompatible tactical networks for each domain; the strategy coincides with the efforts being made to reduce the decision-making timeline in EMS systems and ensure reliability in the data being accessed.

“Electronic warfare in the EMS has been around a long time, so that’s not new, but the processing speeds we have access to, the maturing of artificial intelligence and a more deliberate focus on controlling EMS as a domain, are all trends that are driving technological advancements to quickly and decisively act within the EMS,” says Ryan Hurt, vice president of business development at Liteye Systems (Centennial, Colorado). “And more importantly, it’s a move to network the kill chain across all domains – EMS included.” (Figure 1). 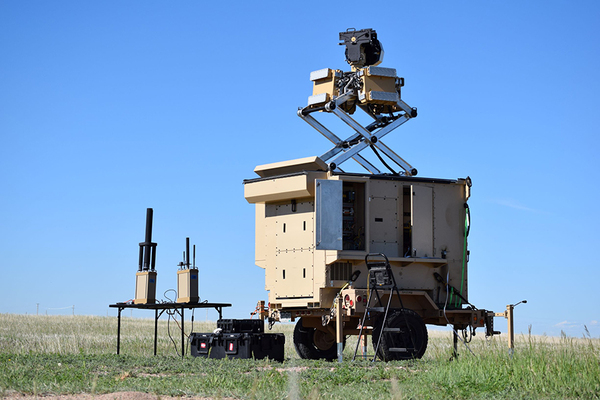 Among the questions and concerns the introduction of JADC2 has conjured: uncertainties surrounding the logistical and financial aspects of fielding such a network. A key method through which military technology could be able to develop and promote the JADC2 concept may lie in designing EMS systems with open architectures.

“‘Interoperability’ and ‘open’ are two key concepts we prioritize when designing EMS-dependent systems for each individual customer,” says Steve Ling, senior director of EMS operations, cyber, and ISR [intelligence, surveillance, and reconnaissance] programs at Alion Science and Technology (McLean, Virginia). (Figure 2). “While typical domains have services and forces dedicated to operating, maneuvering, and dominating within them, the EMS is shared, and every conflict is executed using a joint force. Timing and tempo are critical, so we want interoperability and open architectures baked into whatever we do to ensure that the joint force can execute its mission seamlessly. To conduct all-domain operations through the JADC2 and Advanced Battle Management System (ABMS) concepts, interoperability and open systems are an absolute must.” 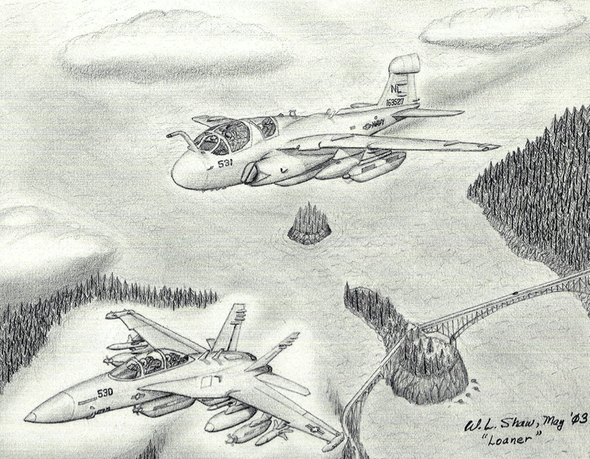 [Figure 2 | Just as the EA-6B Prowler aircraft paved the way for the EA-18G Growler aircraft, technology in the electromagnetic spectrum continues to evolve. The EA-18G currently uses the same ALQ-99 jamming pods carried by the EA-6B and will continue to until the Next Generation Jammer (NGJ) pods are available. Artwork by Wayne Shaw.]

In spite of the advantages that open architectures and interoperability could offer EW systems, there remain drawbacks rooted in the lack of sufficient bandwidth. The contested environments in and around battlefields present their own set of challenges regarding moving significant amounts of data safely and efficiently. To clear this hurdle, military technology companies are beginning with hardware.

“BAE Systems is developing hardware that is reprogrammable and provides battlefield advantages against current and emerging threats,” says David Subisak, electronic combat solutions technical director at BAE Systems (Falls Church, Virginia). “Developing the hardware that enables discriminating capabilities takes time, but once installed in a military platform, an upgrade cadence can be maintained, or a rapid response request can be more easily accomplished to meet a critical need to counter the ever-changing digital EME [electromagnetic environment].”

Hardware demands from within the defense and aerospace community stem from the need to achieve the highest efficiency. Technology that aims to take previously competing systems and then combine them into a single payload, or a multimission payload, is in development by companies like Xilinx.

“We have technology that went from FPGAs [field-programmable gate arrays] to SOCs [systems-on-chip] to adaptive compute acceleration platforms, or ACAPs; that’s where we see things like the SOC and ACAP technology really being a great fit because it brings in all of those different types of compute engines that you need, the different types of waveform processing, and it’s able to be dynamically adjustable and adaptive in real time,” says Manuel Uhm, director of silicon marketing at Xilinx (San Jose, California). “[We solved] this problem [merging] four disparate systems into one.”

Such technological innovations would not only help shrink the sensor-to-shooter timeline but also could offer an entirely separate set of benefits in the size, weight, and power (SWaP) arena as well. Ruggedizing the hardware in an EMS system presents its own challenges, as operating on the electromagnetic spectrum requires immense amounts of data processing and power consumption.

“On the hardware side alone, for instance, we do a lot with heat dissipation, especially in the area of air-flow-by and liquid cooling,” says Mark Bruington, vice president and general manager of spectrum systems at Mercury Systems (Andover, Massachusetts). “Those technologies specifically in the hardware are key enablers to making this equipment ruggedized, miniaturized, and then more importantly we’re also working with the open standards communities that many of the military departments are looking to for open standards.”

In essence, the next generation of EMS compute technology will need to catch up and then keep up if the U.S. military is to achieve any semblance of spectrum dominance. Harnessing and processing all of the unstructured data being brought in by sensors across domains is the next step and doing so quickly and dependably will define the direction EMS systems are headed.

Whereas the military used to set the precedent for many technological innovations in the past, the commercial industry is now doing the inspiring. With such successful methods of data processing and analysis currently in use in commercial production, the defense community is starting to take note.

“Processing power and speed are two of the easiest places to show how commercial technology is being leveraged between commercial and defense sectors,” Hurt says. “The improved ability to process the data being received from the sensors is perpetuating the need for better, faster sensors and identifying more reliance and utilization of those sensors. As sensors improve and become better utilized, processing power will need to improve. It’s a cycle we are seeing, to both sectors’ benefit.”

The flow of information coming from these sensors and systems is inundating and analyzing it to then decide the most effective next step asks much of even the most skilled of warfighters. To supplement the FPGAs, CPUs, ACAPs, and other powerful processors currently on the market for EMS systems: artificial intelligence (AI) engines designed to enable higher throughput.

“There is an explosion of data, and that’s for both commercial purposes but also military purposes and it’s a combination of video, audio, and pictures – a lot of it is unstructured,” Uhm says. “There’s this requirement to be able to sift through all this data, so it’s created the need to have a processor that can keep up with the higher throughput and do it in real time, especially for defense applications as they’re so dependent on real-time response and timely, actionable intelligence. Part of the way that we can make this more real time and do more processing is with this dawn of AI.”

In the high-stakes, crowded EW environment, everything from sensors to signal jamming to radar requires the ability to execute high-throughput, real-time compute on the edge; leveraging AI in doing so is presenting momentous advantages on the spectrum. Without such technology, operations are constrained to only what humans can perceive, which can impose limitations.

Where AI will converge with the EW world will be in cognitive EW applications. “Cognitive and adaptive EW will have its place in new systems and revitalizing older systems,” says Lorne Graves, chief technology officer at Abaco Systems (Huntsville, Alabama). “The enabling products are really starting to move into full production.” These include Abaco’s IPN254, which uses a combination of processing power and high-speed data throughput to enable manipulation of the data with various processing architectures as algorithms mature, he adds. (Figure 3.) 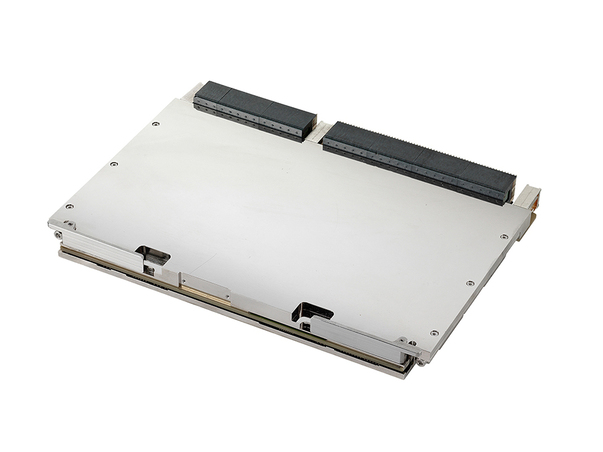 While many of the cognitive EW advancements remain undisclosed by the DoD, military technology manufacturers remain optimistic about the opportunities such capabilities could introduce. Software-defined systems are growing in popularity, in terms of both customer requests and funding.

“The government has invested in cognitive algorithms, with BAE Systems being one of the primary developers,” Subisak says. “The technology continues to mature and expand beyond the initial algorithms. Because of the digital age in threat radars and how rapidly these radars can be reprogrammed, we expect new cognitive algorithms enhancing the performance of U.S. systems will continue to rapidly evolve and mature.

“A continuum of algorithms is in the pipeline, and these are expected to be developed, tested, and deployed as part of the digital technology-acquisition process [to develop and deploy technology faster].”

The next phase as users clamor for cognitive technologies and AI to converge in usable tools: To “get to deployment – trusted, with assurance,” Bruington says.