Standards -- VPX, CompactPCI, etc. -- are a thing of the past

There are lots of standards out there, such as VPX. But what actually makes a standard standard? I'll use VPX as my example. According to my definition of a standard, I should be able to remove a CPU board from the box and replace it with another CPU board, regardless of the manufacturer, and have it come up and running with fairly minimal effort.

That's certainly the case with the PC standard. If a graphics card or an Ethernet card fails in a PC, you buy another one and plug it in. The average user can handle the configuration in a matter of minutes. The percentage of USB-based peripherals that work right the first time with minimal user intervention is incredibly high. So clearly, if you want to make the effort, it's possible to have a working spec. Just as clearly, that's not the case with VPX.

There must be at least 18 different VPX backplane standards. Each manufacturer puts his PCI Express (PCIe) on a different configuration, mixing up the I/O on the pins. To implement that one-for-one swap, you have to find a manufacturer that employs the exact same pin-out. Good luck with that search.

There's no interchangeability, so why even have a standard? Even with the standard, you have to purchase all your hardware from the same supplier and design the backplane in your ATR box to accommodate that supplier's implementation of "the standard."

Initially, VPX was intended to be a standard that provided modularity. But I don't see any modularity being used here. As a response to that, General Micro Systems (GMS) has developed a series of small form-factor products that are about one-fourth the size of an ATR box, yet provide a lot more I/O and functionality. Oh yeah, they also send all the heat where it belongs, which is into the chassis.

The most prevalent argument about this modular architecture is that it's not a standard. Hello! Neither is VPX. COM Express falls into the same category. There's hardly anything that's interchangeable between suppliers. The same holds true for PC/104.

The second argument against the GMS architecture is that it's proprietary and can't be interchanged with other manufacturers' products. Okay, that's a fair argument. But by having all the functionality integrated, we eliminate the cost of the interconnect and the wedge locks. And how often does somebody open an ATR box to replace a failed VPX card? Rarely, at best. They send the whole box back.

Unlike the old VMEbus days, today's committees are driven by special interest groups, where everyone has his or her own ideas. Back in the days of the original VMEbus specification, we held plug-fests, where one manufacturer would bring a chassis and another a processor card, and so on. And we'd make sure all these products worked together. That simply doesn't happen anymore.

Rather than call them standards, let's call them "open specifications." That would more accurately describe the products we're building. 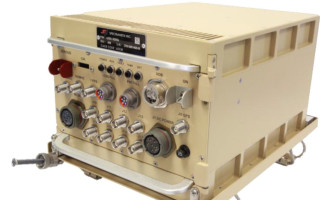