Roger Hosking, VP of Pentek, states: “The advanced SSDs we use in our ruggedized recorders not only add capacity, but they also keep up with the very high data rates. For example, the rackmount system can record up to 5.3 hours of contiguous data without interruption.” The recorders can also utilize up to 38 TB of hot-swappable Solid State Drive (SSD) storage to achieve aggregate recording and playback capabilities of up to 4 GBytes per second.

The Talon Model RTR 2728 and 2748 recorders are capable of recording and reproducing wideband IF signals at sample rates of up to 1 GSamples/sec. “The new Talon recording systems have the ability to capture and reproduce signal bandwidths approaching 500 MHz. The recorded signals can be reproduced to replicate live sensor equipment or receivers in the field,” adds Hosking.

These systems are built on a Windows 7 Professional workstation with an Intel Core i7 processor and provide an Application Programmer’s Interface (API) and also a Graphical User Interface (GUI) to control the system. Signal analysis tools are also provided to allow the user to monitor and analyze signals prior to, during, and after a recording.

Both recorders [Model RTR 2728 and 2748] operate flawlessly under shock and vibration, making them ideal for severe environments, adds Hosking. 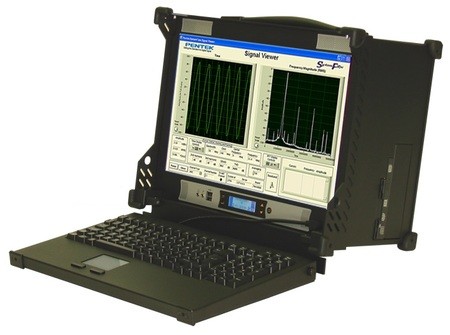