BOTHELL, Wash. Lockheed Martin won a U.S. Navy contract valued initially at $150 million -- with options worth up to $942.8 million -- for the development, manufacture, and delivery of two high-power laser weapon systems that will integrate intelligence, surveillance, and reconnaissance (ISR) and counter-unmanned aerial system (counter-UAS) capabilities.

With the Lockheed Martin High Energy Laser and Integrated Optical-dazzler with Surveillance (HELIOS) system, say company documents, the Navy will take a major step forward in its goal to field laser weapon systems aboard surface ships.

Lockheed Martin officials describe HELIOS as the combination of three key capabilities, brought together for the first time in one weapon system: First, a high-energy fiber laser designed to counter UASs and small boats. The cooling system will be designed for maximum adaptability aboard ships.

HELIOS will also carry a long-range ISR capability, which will be one part of an integrated weapon system aimed at providing decision-makers with maximum access to information; data gleaned from HELIOS will be available on the Lockheed Martin-led Aegis Combat System.

Lastly, the HELIOS will be equipped with a counter-UAS dazzler, which will use intense directed radiation to temporarily disable its target and obscure adversarial UAS-based ISR capabilities.

The initial phase of the U.S. Navy's Surface Navy Laser Weapon System program will see Lockheed Martin deliver two units for testing by fiscal year 2020; one of the units will be slated for shipboard integration on an Arleigh Burke-class destroyer, while the other unit will be used for land testing at White Sands Missile Range. 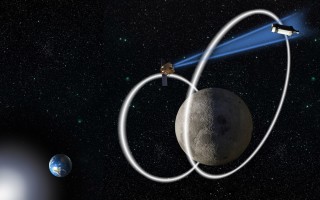