Under the agreement, ARL and Lockheed Martin will develop rapid prototyping methods using bio-production and self-assembly to create the building blocks of novel materials for defense optical technology and protective coatings.

"ARL made a strategic decision to invest in synthetic biology beginning in fiscal year 2019," says Dr. Dimitra Stratis-Cullum, ARL research chemist and an Essential Research Program manager. "Soon after, the Office of the Secretary of Defense established a tri-service DoD Applied Research for Advancement of Priorities program titled 'Synthetic Biology for Military Environments.' The collaborative effort with Lockheed Martin came about from conversations, reviews and workshops revolving around our strategic growth and collective interest in this area to ultimately make a game-changing impact on the Army and the Soldier."

To accomplish the program’s goal, scientists will look to nature to provide inspiration, and those ideas can help lower the cost of optical technologies. For example, telescopes use lenses to filter out unwanted light or to get a clearer image. However, a squid lens is able to filter and focus light in compact package due to molecule-based design and varied refractive index. In another example, melanin protects humans and animals alike from the Sun's UV rays. So melanin—or similar molecules with protective functions—could be another natural substance attracting the study's attention.

"Cells efficiently create all sorts of materials, like a spider's silk or a butterfly's iridescent wings. We want to harness nature's process to better protect people," says Melissa Rhoads, senior research manager and Lockheed Martin lead for the project. "Biodesign exists today, but it doesn't exist at the scale and to the quality of defense standards."

The collaboration envisioned in this proposed effort will be wide-ranging, and will involve personnel, material, data, models and method exchanges.

Initial efforts of this agreement are focused on understanding materials integration challenges with a focus on early wins in protective coatings. ARL and Lockheed Martin will be working closely with both DOD and commercial company partners that align with DOD's Engineered Resilient Systems, Materials and Manufacturing Processes, as well as Army and DOD science and technology ecosystem for early adoption of synthetic biology products.

Officials are planning a formal program launch to be held later this year. 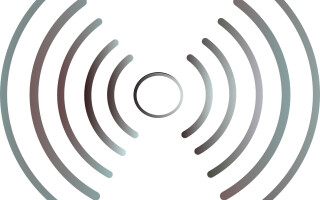