According to the company, SBIRS GEO-5 is the first military space satellite built on the company’s modernized, modular LM 2100 combat bus. SBIRS GEO-6, launching in 2022, is also being built on the new bus designed for speed and resilience.

The LM 2100 bus is the result of a Lockheed Martin internally-funded, multi-year modernization initiative. It is designed to provide greater resiliency and cyber-hardening; enhanced spacecraft power, propulsion and electronics; common components and procedures to streamline manufacturing; and a flexible design that reduces the cost to incorporate future, modernized sensor suites, according to Lockheed Martin. 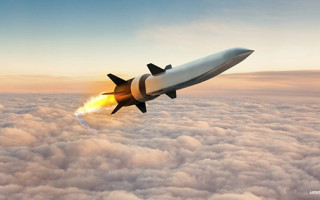