HERNDON, Va. HawkEye 360 Inc., company specializing in formation flying satellites to create a new class of radio frequency (RF) data and data analytics, announced it has shipped its second cluster of satellites to the launch site at Cape Canaveral, Fla.

According to the company, the satellites are scheduled to launch on a SpaceX Falcon 9 no earlier than January 2021 as part of Spaceflight Inc.'s SXRS-3 ride share mission. HawkEye Cluster 2 is the first of a series of next generation satellites HawkEye 360 is deploying to complete its baseline constellation.

This shipment means that Cluster 2 will soon be joining the company's Cluster 1 satellites in orbit. These satellites are intended to allow HawkEye 360 to offer robust space-based RF data insights to its U.S. government, international government, and commercial customers across a range of frequencies.

Each Cluster 2 satellite contains a customized RF payload developed by HawkEye 360. The satellite buses were manufactured by UTIAS Space Flight Laboratory. HawkEye 360 is completing development of satellites for Clusters 3 and 4, anticipating launch in the middle of 2021. Clusters 5, 6, and 7 are in development with anticipated launch over the next 18 months. The average global revisit rate will be less than an hour, according to officials. 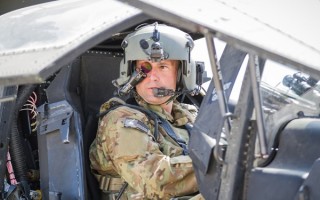 Helmet displays for AH-64 Apaches to be delivered to Army