According to market analysts procurement of military radio systems will shrink along with troop levels, but funding for improved C4ISR capability should increase as the Department of Defense (DoD) looks to leverage commercial smartphone and networking technology to develop multifunctional communications equipment.

The DoD wants to leverage not only commercial mobile devices, but cloud computing and social media as well, says Brad Curran Senior Industry Analyst at Frost & Sullivan. “Companies that have those products will see a bump.

“U.S. military organizations have woken up to power of using the Amazon cloud model but the bureaucracy and acquisition regulations are slowing the process. They need to figure the business model and examine the cultural challenges. When the DoD insists on having open standards and using huge commercial enterprise systems it will definitely be a cultural change for the industry.”

The DoD’s FY 2015 budget calls for about $260 million for software defined radio (SDR)-based programs such as the Joint Tactical Radio System (JTRS) variants, he says. “On the communications side there were 26 awards totaling $2.2 billion for Special Operations. There has been a shift to Special Operations as the government is trying to keep the smallest footprint possible and partner with as many different nations so they can share reconnaissance information and local expertise.”

“Harris is the leader in radio technology as well, thanks to their family of Falcon radios (pictured),” Curran notes. “I’d say Harris has a lot of momentum going right now. For airborne radio applications Rockwell Collins is the leader while ViaSat is the front-runner for data link technology.”

Government-funded development programs such as JTRS will be a thing of the past as the DoD embraces non-developmental item (NDI)-type procurement. Meanwhile, waveform development continues and the interim solutions are adequate, Curran says.

Countries in Europe are reducing forces as well, but still improving their C4ISR capabilities, Curran says. “The European market for military networking and communication is about $90 million and Asia is about $30 million. Global Leaders are General Dynamics, BAE, Thales, and Finnmeccanica-Selex.”

"The major European C4ISR trend is for interoperability and sharing of C4ISR platforms between NATO countries, but overall spending in down,” he continues. “Poland, Finland, Sweden, Norway and Romania are increasing C4ISR and missile defense capabilities."

A wireless, networked force is a long-term goal for the U.S. military. “However, network connectivity still a major challenge as warfighters often don’t know if they will have Wi-Fi, cell or satellite/tactical connections in the field,” Curran says. Broadband coverage is rarely available to dismounted soldiers.”

While the Army and Marine Corps have yet to embrace wireless capability with large procurement spending, it is being used by more than just Special Operations Command, with regular Army Network Integration Evaluation (NIE) experiments continuing, he continues. “There are some elements included in the Capability Set 13 being deployed as Nett Warrior with a mix of ‘program radios,’ COTS cell phones, and wireless technology.”

According to Army PEO Soldier “the Nett Warrior (NW) is an integrated dismounted situational awareness and mission command system for use during combat operations.” 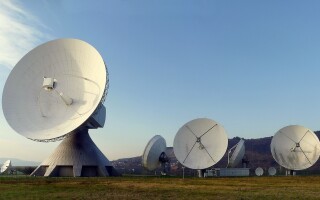 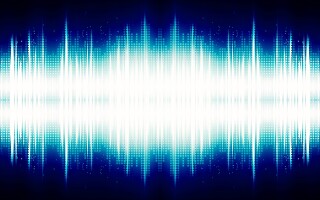 Ultrasonic sensors market to grow 147% in next 5 years: report